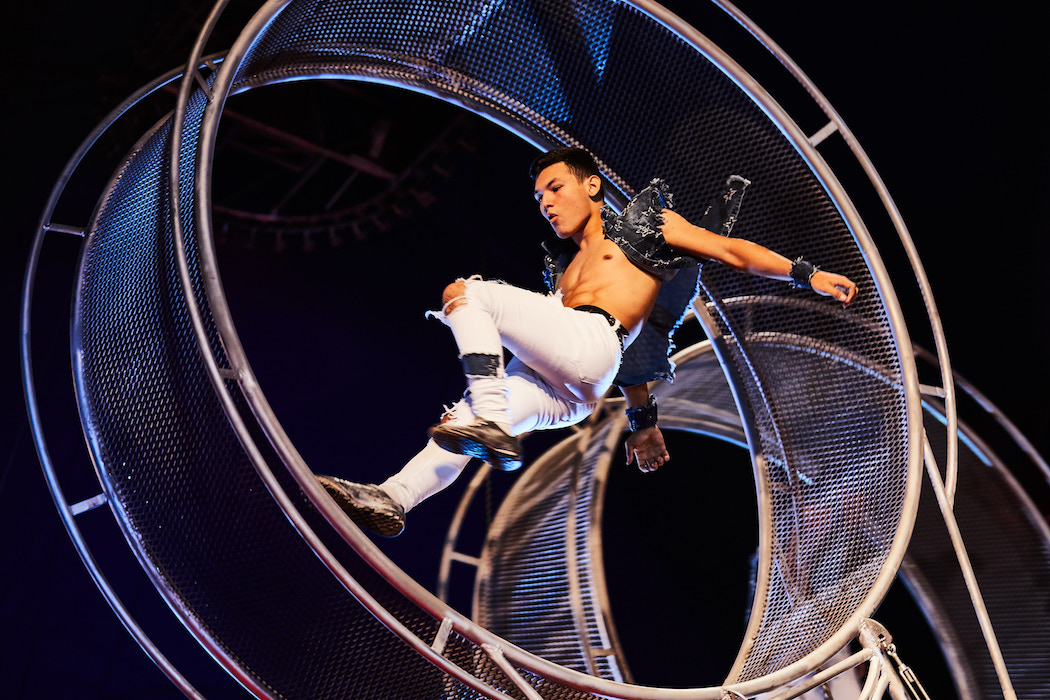 Raf sends me a message “I am going away and can’t make the ZIRK! CIRCUS opening night, would you like to attend and write a guest post?” “Hellz yes,” was my reply. I have loved circuses since I was a little boy and have been to nearly all the circuses that have come through Australia.

I am glad there is no more animals used in circus performances and while I loved Cirque de Soleil the first few times I did find it very repetitive on further visits to our shores. There was one odd circus-like experience I had about 15-20yrs ago that has never left me. Ex Cirque de Soleil clown Slava and his Slava’s Snow Show is one of the greatest entertainment experiences I ever had. And in venturing to ZIRK! CIRCUS I was hoping for more Slava than Soleil. What I wasn’t expecting was one of the most fun nights I have had all year. We laughed and screamed multiple times and then ducked so we wouldn’t be selected for audience participation. Manu Feildel wasn’t so lucky, sitting in the front row he ended up on stage dancing like a ballerina before being turned into a human table.

ZIRK! CIRCUS brings together Russia’s finest big top traditions with the daring skills of today’s greatest circus superstars. Featuring an all-star company whose talents have been perfected with some of the most celebrated circuses in the world, artists are from past tours with Cirque Du Soleil, The Russian State Circus, Ringling Bros – Barnum and Bailey and the Swiss National Circus.

There are no animals, no trapeze and while there are clowns (of a sort) there is no traditional clowns. It relies purely on talent from the performers. There was not one particular act that was less entertaining than the next, every performance had us on the edge of our seats laughing, screaming or (no word of a lie) literally covering our eyes. It starts by introducing us to a large collection of crazy, gravity defying trampoline acrobats who pop up again a couple of times with backflips and twists that will surely inspire young gymnasts and allow older people to dream of flexibility from our youth.

Some aerialists dance on thin air and others jump and dance on huge machines spinning wildly – one thing is certain – there is a lot of death defying in this show. But don’t worry because it’s also mixed with a lot of laughter and gorgeous people in tights. The juggler takes it to a whole new level with hat juggling in the audience and the contortionist is quite freaky.

But the guys who climbed, jumped and flipped on the big spinning machine steal the show when they return into what I kept calling the Thunderdome and preaching “two men enter, one man leaves.” My friend Claire wasn’t impressed by the 9th time. But it’s a giant metal ball and these guys (I assume brothers?) ride their motorbikes around and around, upside down and sideways and while I would never imagine more than one bike would be logical they end up with six bikes in a death ride spin that had the entire audience holding their breath.

I have already told about half a dozen people about this show and to take their kids during the holidays and I am trying to get my parents to come with me again next week. It is absolutely insane fun for the entire family and we all need a bit of escapism this good.

Written by guest contributor: Jason King from Spooning Australia. A food loving, wine obsessed, restaurant indulging foodie that has been known to experience the occasional foodgasm.

Sydney Olympic Park has come up with an exciting range of school holiday activities for this years Kids in the Park! With many free activities and…