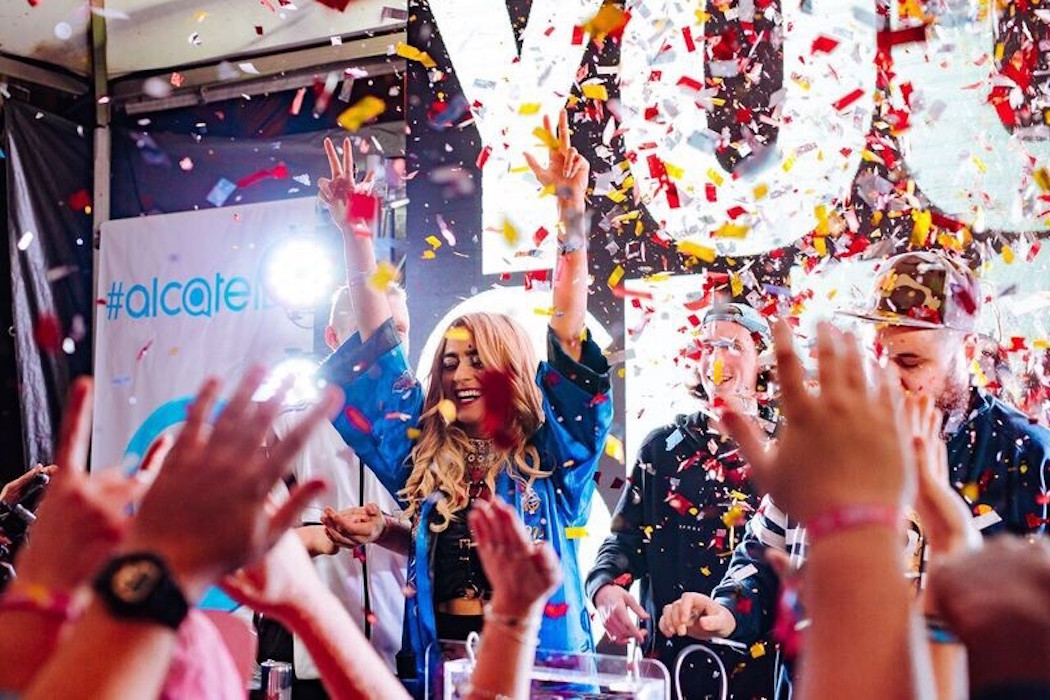 This weekend at the Greenwood Hotel in North Sydney, YOUR SHOT presented by Alcatel, is the unique DJ competition which provides an opportunity for Aussies to transform their passion for music into a career. DJs like Tigerlily, J-Trick and GO FREEK are legends.

Taking place across Sydney, Brisbane and Melbourne. Contestants were selected at registration days where they undertook interviews, having little to no DJ experience, but a serious passion for music. With 6 weeks of training at The Academy with some of the industry’s elite DJ’s, including NOY, Clueless, and Zannon. Now at event days, contestants will battle it out on the decks with a 25-minute set, which will see them go into the running to win a set at an International music festival including Creamfields (UK), Hideout Festival (Croatia), Snowbombing (Austria), ZoukOut (Singapore), The BPM Festival (Portugal), or CRSSD festival (US).

Steve Pillemer, Your Shot Director expressed, “I really want the contestants to look up at their favourite DJ and think it’s a totally achievable goal, not just a fantasy. There are literally thousands of young Australians out there who have a passion for music, but don’t know how to go about it,”.

The Brisbane event weekend took place just two weeks ago, headlined by dynamic Perth duo Oriental Cravings. The two took to the stage to treat the Your Shot crowd with their delicious synths and experimental beats, ahead of the final Queensland Your Shot battle which saw SKRAM take the Queensland Your Shot title (main image). She admits this was a massive feat, considering that just months ago, she had little DJ experience. From styling hair as a profession to hitting the decks at her first international DJ set, the 21 year old Cairns local has set her sights on embracing everything she has learnt and the contacts she has made on her Your Shot journey, to further her music career.

Kicking off this weekend in Sydney, with some stellar new talent ready to hit the decks. This includes Youtube legend Alright Hey! (Matthew Hey). A proud member of the LGBTQI+ community, Matt is a social media influencer who loves breaking stereotypes, pushing the boundaries and maintaining a point of difference in everything he does.

“From wearing knee high glitter boots and booty shorts on the red carpet at the ARIA awards, to movie premieres and touring the country hosting sold out shows doing comedy, performances and meet and greets; there’s ALWAYS a surprise in store with Alright Hey. I’m ready to bring my quirky flare to my DJ sets and show people something new and exciting,” Matthew said.

The Your Shot Sydney event weekend will also see headliners such as GODLANDS grace the decks, hot off the back of her Splendour set. Cazztek, the self-dubbed “Level 99 Dragon Bass Master” hailing from LA will also be headlining, with Your Shot his last show in Aus before he jets off to Europe.

Sydney are you ready for it! Ministry of Sound Club is launching on Saturday 10 June. Taking over Sydney’s ivy every Saturday night and…