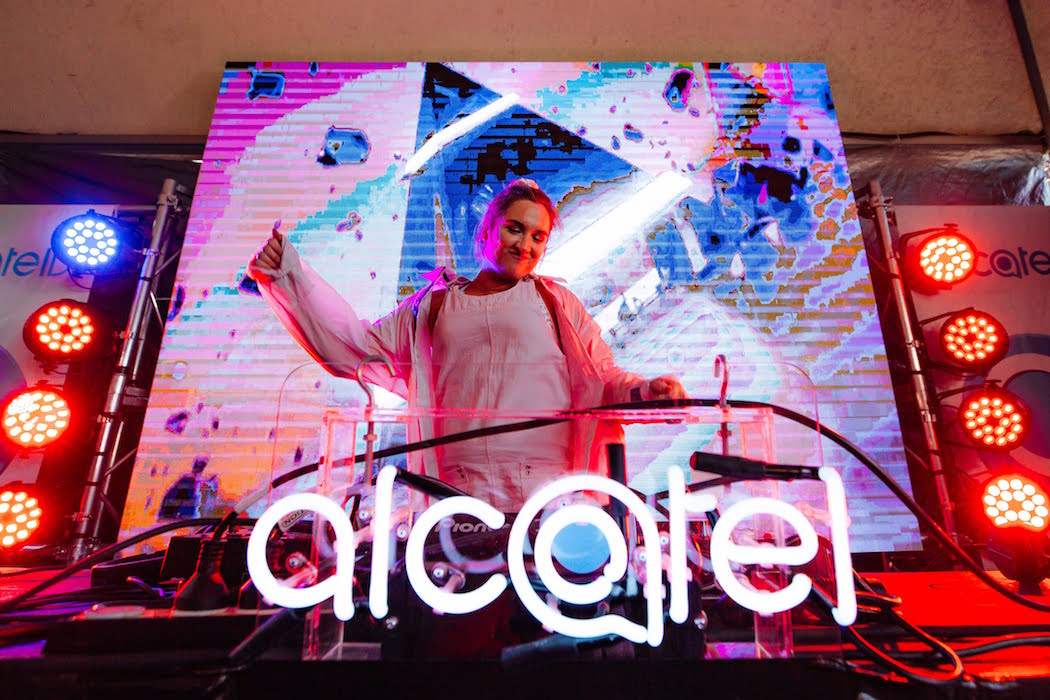 YOUR SHOT presented by Alcatel, the grassroots initiative, which provides a unique opportunity for Aussies to transform their passion for music into a career, and has launched the careers of world-famous DJs such as Tigerlily, J-Trick, Hydraulix, Go Freek and Nyxen, has returned for its tenth consecutive year with registrations for the 2019 competition now open.

Your Shot has helped more than 6,700 (aspiring DJ’s realise their dreams in the Australian music industry. Last year saw over 10,000 registrants and 700 contestants, and with over 20 percent growth year-on-year, 2019 promises to be the most epic year yet! On the eve of its 10th Anniversary, due to both its success on the East Coast and popular demand, Your Shot 2019 has for the first time, expanded beyond the East Coast with registration now open to the West Coast, with the addition of Perth to the competition schedule.

The brainchild of Australian entrepreneur Steve Pillemer, Your Shot has grown from humble beginnings to a highly a successful annual presence on the Australian music calendar. It now attracts more registrations than leading reality TV talent shows, enjoys long-term, well-known sponsors and has led to global expansion across USA and China. This year marks the start of Your Shot USA, based on the Aussie format, the Your Shot DJ Competition will kick off in Los Angeles August 2019.

“They say a 10-year milestone is a time to look back and reflect. I started Your Shot with the fundamental goal of helping young Australians turn their dreams into reality.  I really want the contestants to look up at their favourite DJ and think it’s totally achievable, not just a fantasy. There are literally thousands of young Australians out there who have a passion for music, but don’t know how to go about it,” said Your Shot Director, Steve Pillemer.

Your Shot provides a one-of-a-kind platform, with hands-on training and guidance from some of Australia’s best DJ talent, we help young aspiring DJs realise their dreams, all whilst having a lot of fun along the way. And we know it works, with over 60 percent of the 6700 that have completed the Your Shot program currently holding residencies or performing regular gigs

Taking the East and West Coast by storm, 2019 will see a record 800+ contestants with little or no DJ experience provided with an amazing opportunity. All participants receive a superior experience as they are trained by some of Australia’s best DJ talent over six weeks at The Academy, where they learn the basics and put together their first DJ set.

The final Your Shot event in each State will see the contestants performing alongside some top headline DJs from Australia as well as the best up-and-coming talent. Every contestant will perform in the hopes of taking home the title of Your Shot champion along with life-changing prizes, with the winners fast-tracked to perform at some of the best music festivals around the world.

When hearing about the Aussie competition, Tiësto, dubbed the “Greatest DJ of All Time” by MixMag magazine fans, jumped on board. With Pillemer, the two took the competition to the USA in a reality television format and generated over 4,000 registrants in just one day.

Your Shot creates a real sense of community and an unparalleled bond between past and current contestants. The winner’s lives, together with all contestants, are irrevocably changed for the better. Whether they choose to use Your Shot as a launch-pad for a successful DJ career, to conquer lifelong fears, to become a trainer for the next generation of DJs or just for the buzz – everyone leaves having had a positive learning experience and having met new friends!

Returning bigger and better than ever in 2019, the competition will see the State Contestant and Wild Card winner for each State fly overseas on an all-expenses paid trip to perform their first International set at one of the world’s hottest party destinations around the globe.

Last year, Your Shot winner, Nikki Chong went from having no DJ experience, to joining Rudimental and Gorgon City on stage at Snowbombing, Austria and was asked to perform a second and third set alongside headliners such as Idris Elba.

Wild Card Winner Vivien Timmers joined the Crssd Festival line up in the USA next to the biggest names in dance music, like Claptone and Duke Dumont.

In 2019, the money-can’t-buy prizes are better than ever! The Your Shot Winner and Wild Card Winner across each state will get to swap their bedroom for the main stage alongside legendary artists at one of the following International festivals/ party destinations: Imagine Festival – USA, Hideout Festival – Croatia, Snowbombing – Austria, The BPM Festival – Portugal, Chasing Summer – Canada, CRSSD Festival – USA.

Imagine Festival is a new addition to the Your Shot prize line-up, which is a 2-day festival with a stacked lineup of the hottest artists from around the world including Alesso, Galantis and RL Grime, held in Atlanta, Georgia.

The Wild Card leg of the Your Shot competition will also return in 2019, providing a pathway to DJs with more than six months of experience. This will see a further 50 DJs from each state offered a chance to battle it out behind the decks to prove their passion in front of industry professionals, booking agents and labels.

The #ALCATELDJ competition is open to anyone, regardless of experience, from across Australia. This will see another year of aspiring DJ’s upload a mix to SoundCloud to go into the running for a Pioneer XDJ-RX controller, Production Course and an Alcatel prize pack.  Luude, one of Australia’s fastest growing artists in the EDM scene will be one of the judges for this year’s competition.

Your Shot receives support from some well-known global brands, many of them returning year-on-year, recognising the value of the initiative and keen to support aspiring DJs realise their dreams. Naming rights sponsor, smartphone brand Alcatel, has come on board for the fifth consecutive year. Pioneer DJ,  BATI Rum, Vonu Beer (Coca-Cola Amatil brands), Jose Cuervo as well as the king of 90s inspired laid-back streetwear, Barney Cools are also returning to the party.

Security is one of the new luxury trends on the global market. It is there but you cannot see it. Founded in 2007, TecknoMonster…