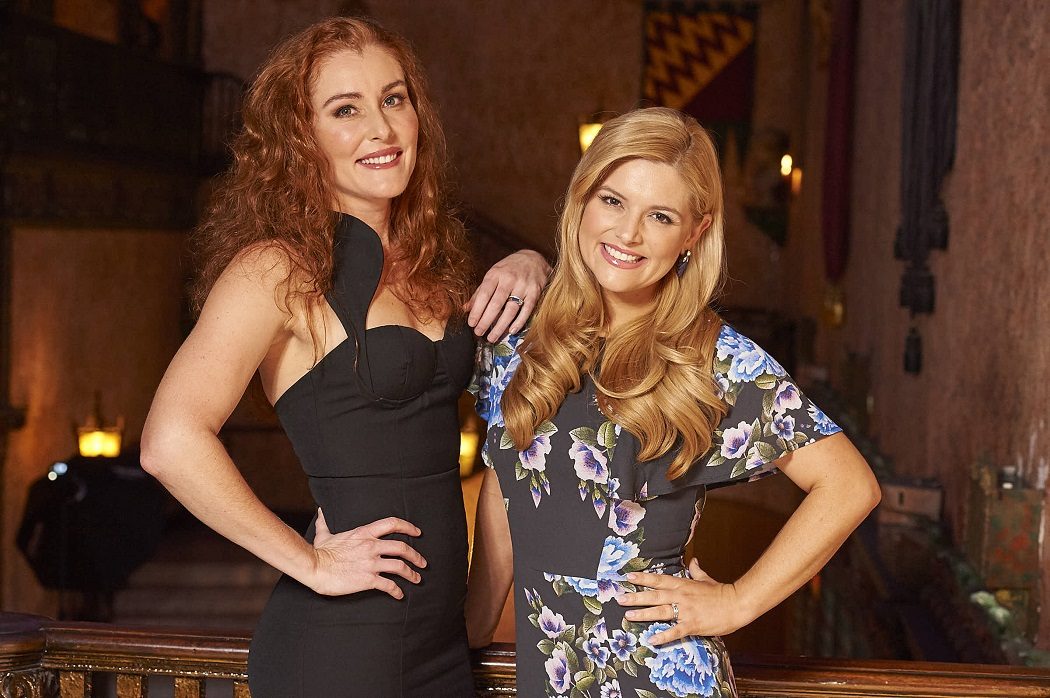 You’re off to see the wizard the wonderful Wizard of Oz the Musical.

Producers John Frost and Suzanne Jones are delighted to announce that Lucy Durack and Jemma Rix are joining the cast of the world’s favourite musical, The Wizard of Oz, to play Glinda the Good Witch and The Wicked Witch of the West respectively, alongside Anthony Warlow who will be playing The Wizard and Professor Marvel.

The London Palladium production of The Wizard of Oz will have its Australian Premiere in Brisbane at the Lyric Theatre, QPAC from 4 November 2017 before travelling to the Capitol Theatre, Sydney from 30 December. Tickets go on sale next week.

Lucy Durack is one of Australia’s most exciting leading ladies of stage and screen with a list of major roles to her credit. On the musical stage, she played Glinda in the original Australian cast of Wicked and Elle Woods in Legally BlondeThe Musical for which she won both Sydney Theatre and Helpmann Awards as Best Actress in a Musical. Lucy’s numerous TV credits include Doctor Doctor, Upper Middle Bogan, The Letdown, Here Come The Habibs and The Moodys

Jemma Rix was part of the original Australian cast of Wicked, and performed the leading role of Elphaba across Australia during both Australian tours, as well as in Singapore, Seoul, Auckland and Manila. She went on to star as Molly Jensen in Ghost The Musical during the Australian tour, and most recently made her Sydney Opera House debut with the Sydney Symphony Orchestra concert Witches. Jemma is currently recording her first solo album due to launch in August.

“With Lucy, Jemma and Anthony Warlow as the Wizard, we have a matchless leading cast, and I can’t wait to audition talented young actresses to wear Dorothy’s ruby red slippers and sing one of the most-beloved songs of all time, Over The Rainbow,” said John Frost. “This beautiful, sumptuous production was a huge hit in London, and audiences enjoyed revisiting the classic story that’s universally loved. It’s also wonderful to rehearse and open the production in Queensland.”

“I’m thrilled that Lucy and Jemma will reunite to play the roles that shot them to stardom in Wicked in this new Australian tour of The Wizard of Oz. They are two remarkable and talented performers, and it will be wonderful to see them weave their magic together on stage again,” added Suzanne Jones.

Click your heels together and join Scarecrow, Tin Man, Lion, Dorothy and her little dog Toto, as they journey through the magical land of Oz to meet the Wizard and obtain their hearts’ desires. Watch out for the Wicked Witch of the West and her winged monkeys as you rediscover the real story of Oz in this fantastic musical treat for the whole family.

Tickets will be on sale from Friday 26 May in Sydney and Friday 2 June in Brisbane.

Wizard of Oz the Musical

Views of the international runway at Sydney Airport, multiple restaurants to dine at and a roof top bar, Rydges Sydney Airport is the ultimate…