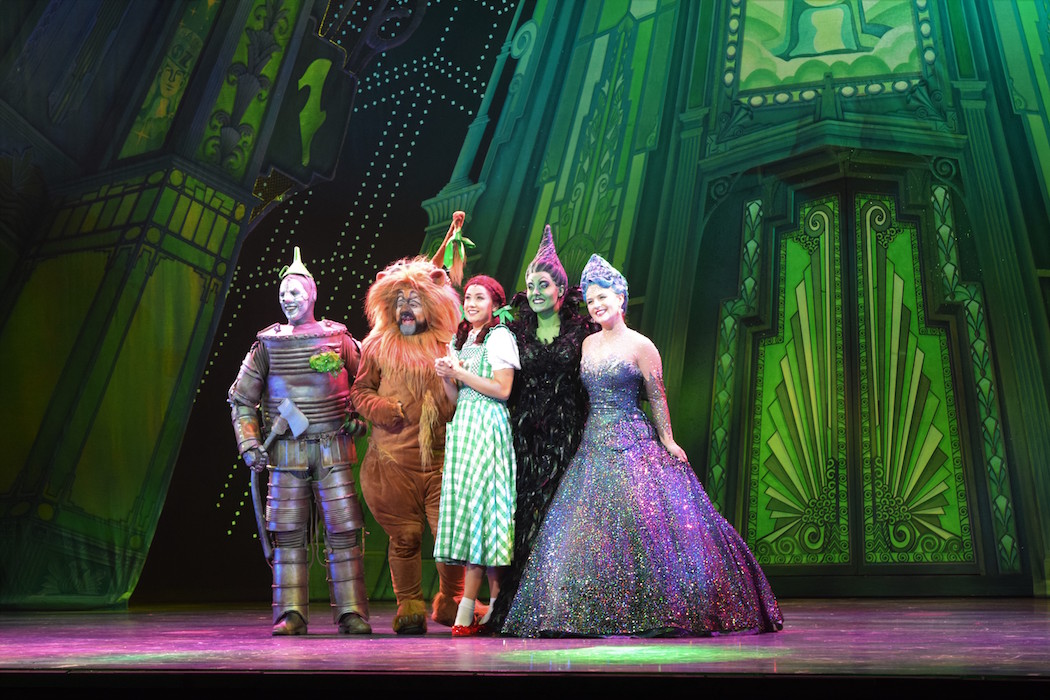 It’s colourful, it’s brash and there really is no place like home! The Wizard of Oz finally hits Sydney’s Capitol theatre this January.

We all know the 1939 much loved film but this particular version is the Andrew Lloyd Webber’s and Tim Rice version which premiered at the London West End in 2011. With theatre producers fighting hard to get this production to Australian shores we now have the delight of seeing it as it runs up till February 4th.

The ensemble cast consists of Lucy Durack playing Glinda the Good Witch and Jemma Rix playing The Wicked Witch, who are no strangers to playing these roles as they both stared in The Wizard of Oz’s musical prequel Wicked.

The cast brings their own style to their performances particularly Lucy Durack who brings maturity and sass to the usually ethereal Glinda the Good Witch. While Jemma Rix brings an air of sexiness to The Wicked Witch rather than the bitter hag we are used to seeing on film. Newcomer Samantha Dodemaide pulls off a believable performance as the sweet and innocent Dorothy. Also worth a mention is Dorothy’s trusty companion Toto played by a real dog who is exceptionally obedient on stage. A real star in the making!

The stage production will enchant you and stays true to the original films’ style as it moves from a sepia effect for the tornado scenes in Kansas and then transforms into a technicolour dreamland as they enter Oz. The distinctive palate – blue for the Munchkins, green for the Emerald City, and blood red for the Wicked Witch’s guard really make this musical such a visual treat.

Costume is also an important part of bringing this world class production to life with a lot of thought put into making these costumes look as glamorous as possible. This is clearly evident from the witches’ costumes with Glinda the Good wearing a gown of over 10,000 Swarovski crystals and The Wicked Witch in a glamorous all black feather number that looks like it could be couture Alexander McQueen.

It is difficult to pull off a timeless classic but this well-choreographed ensemble does so with skill and grace. Those of you who are doing dry January or who are looking for a fun family night out join Dorothy and her friends through the Land of Oz you’ll be sure to walk away with a smile on your face humming the songs!

Written by Sernea Moran, Born and raised in in a small town in Ireland before moving to Dublin to pursue a career in advertising. Serena is an avid book worm, filmbuff and lover of all things things travel, design and dessert related. Seeks out adventure where ever she can find it and loves a good pina colada.

Dine at Mine – Camp Quality Charity

I recently attended a luncheon to celebrate the launch of Dine at Mine, Camp Quality‘s national fundraising campaign that supports children and their families living…