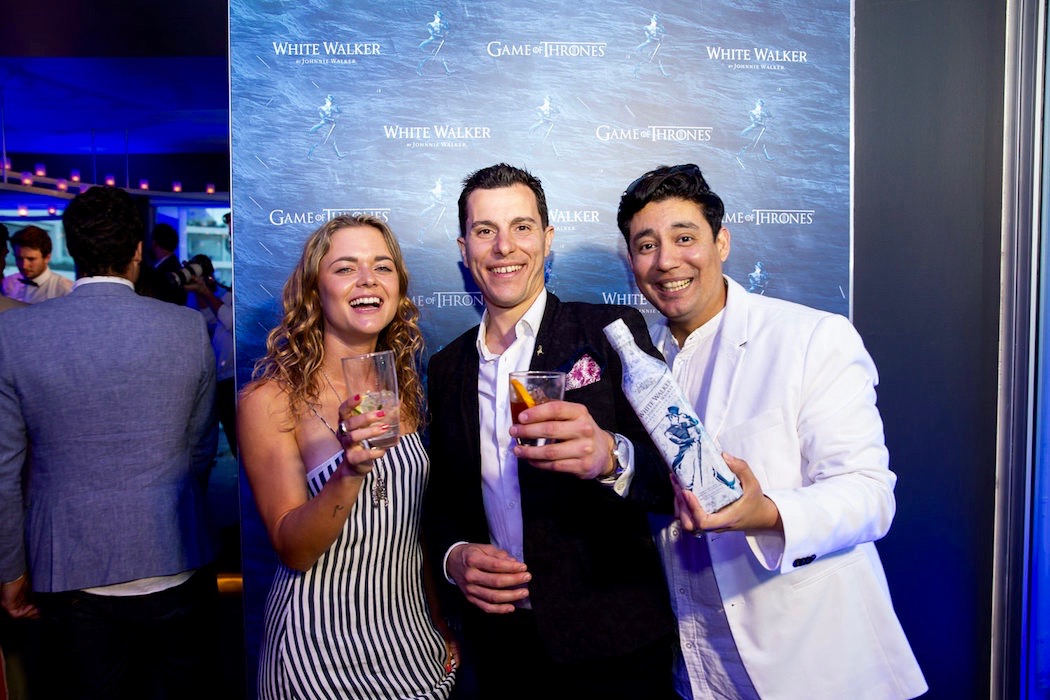 Winter arrived at Australia’s most iconic summer location, Bondi Beach, last night, as the world-famous Bar at Icebergs Dining Room & Bar was transformed into an icy cool experience for the launch of new White Walker by Johnnie Walker.

An official collaboration between HBO®, Game of Thrones and the world’s number one Scotch whisky, the highly-anticipated Australian arrival of White Walker by Johnnie Walker was celebrated by select few VIPs.

Bringing local bondi favourite at my side, Santina and I immersed ourselves into an epic Game of Thrones-style world for one night only, complete with ice sculptures, a food degustation menu specially designed by Icebergs’ Executive Chef Monty Koludrovic, and White Walker by Johnnie Walker served straight from the cold depths of the freezer.

Orlando and I got chatting and discovered his recipe, named the ‘Highgarden Fizz’, was brought to life the icy White Walker by Johnnie Walker liquid by mixing White Walker with his homemade jasmine and strawberry syrup, yuzu soda, and topped with jasmine flowers. It was a delicious blend and couldn’t help myself, and got some more. Shaking it all the way to the top was no mean feat for this leading bartender, but his winning cocktails well and truly blew the judges away.

Speaking with Simon, this innovative whisky is best served directly from the freezer, echoing the chilling presence of the White Walkers.

The Scotch has notes of caramelised sugar and vanilla, fresh red berries with a touch of orchard fruit and features Single Malts from Cardhu and Clynelish – one of Scotland’s most Northern distilleries. He mentions that blender George Harper used the Frozen North as his starting point for creating White Walker by Johnnie Walker. “Whiskies from Clynelish have endured long, Scottish Winters, not dissimilar to the long periods endured by the Night’s Watch who have ventured north of the wall – so it was the perfect place to start when creating this unique whisky.”

For those that want to host their own Game of Thrones evening in anticipation of the upcoming new season premiere, White Walker by Johnnie Walker is now available at all good liquor retailers across Australia, RRP $65 for 700ml (41.7%). Best served icy cool.

Nothing but net with Up&Go and the NBA