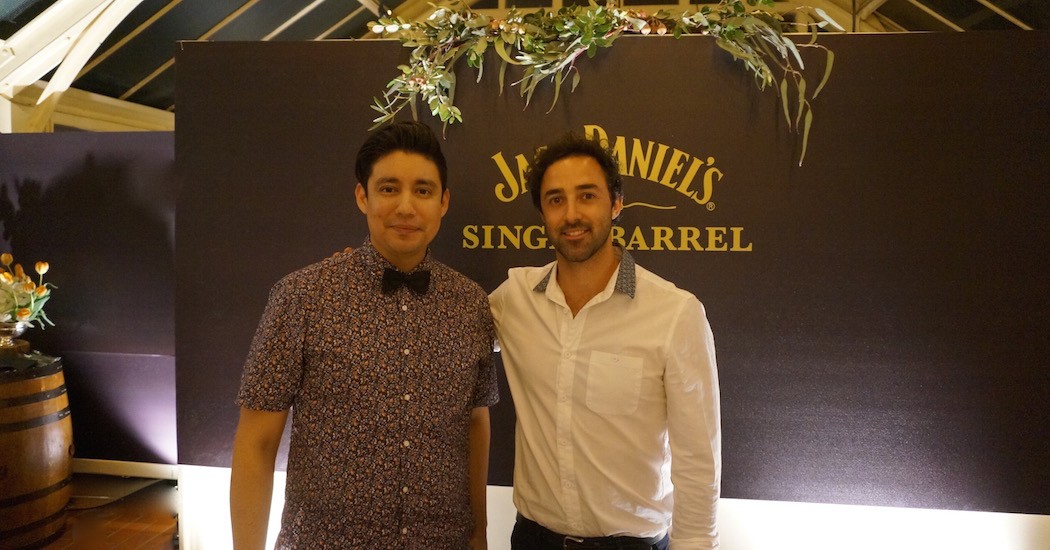 Normally closed to the public at nighttime, I and other guests enjoyed an exclusive tour of the spectacular gardens and harbour by moonlight on a train ride prior to participating in the whiskey tasting masterclasses.

The Palm House is the oldest glasshouse in NSW, erected in 1876, such the perfect setting at night to enjoy the evening. On arrival we were greeted by a cocktail, Tennessee Apple, a blend of Jack Daniels Single Barrel, elderflower, cloudy apple, lime and mint.

There were three stations to the masterclass and with wooden barrels to set the scene. A mixology lesson with Stuart Reeves (Brand Manager Jack Daniels) where we learned how to create a traditional Old Fashion whilst preparing our very own signature bitter.

Onto the next station, we got to taste the robust flavour of Jack Daniel’s Single Barrel. Did know why it was called Single Barrel? The whisky is drawn from individual barrels, meaning that we will experience subtle differences in nose, colour and flavour barrel from barrel.

On the final round, I met up with MasterChef Winner and Three Blue Ducks Chef, Andy Allen. Where he paired up some inspiring artisanal dishes, starting with a Parsnip Soup with bits & pieces paired with a Blood & Sand cocktail. I could get use to this an entree.

Andy Allen, starts off with the cocktail and used that as a basis of this creations. The Parsnip goes really well with oaky and nutty flavours which is evident in the pairing. The cocktail had hints of Cherry liqueur and sweet vermouth. I enjoyed how the soup had some texture in its body, with roughly chopped onion, cloves, bacon bits and croutons.

Followed by “OMG” inspired dessert – a cheese platter for me will always win at the end of the evening meal. But Chef has definitely done wonders with the Blue Cheese served with burnt meringue.

The Jack Daniel’s Single Barrel Singular Moments Series takes place at one-of-a-kind locations across Australia over the coming months, celebrating the unique character of each barrel with truly extraordinary experiences.