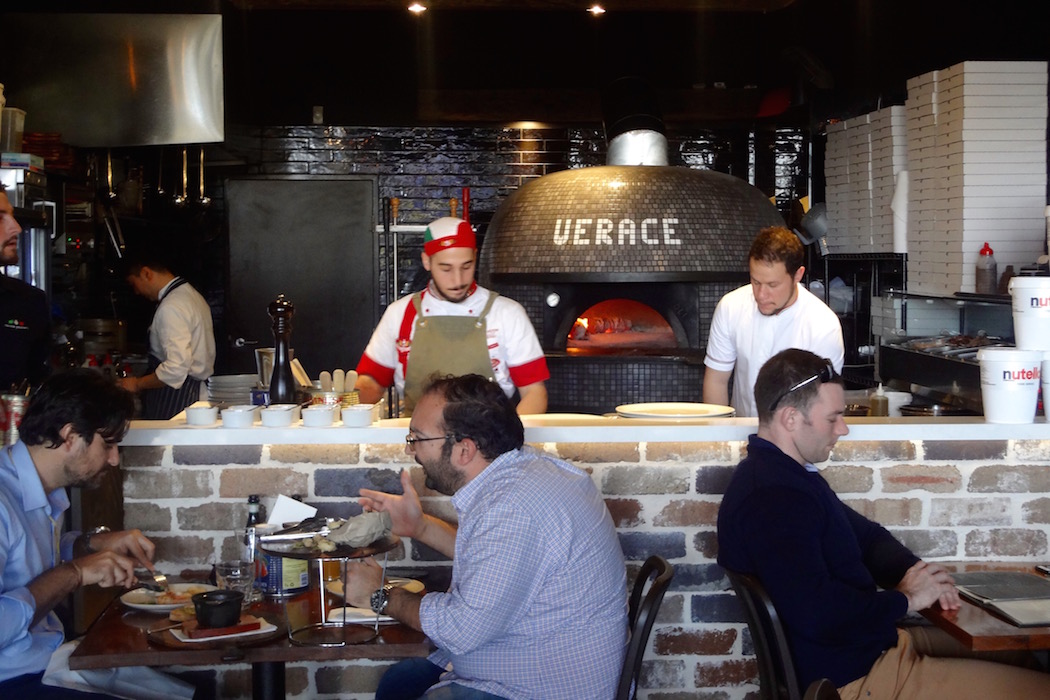 We were invited to the official opening of the Verace Pizza festival, as the owner explained, the festival is “a way to give back to the community” after winning the title in Italy. I would have never guessed that I could find the best pizza in the world in Macquarie Park, but apparently, there it is. I was a bit skeptical, but intrigued. Personally, I have had pizza around the world, several countries in Europe, in Malaysia and various places here in Australia. So, I thought to myself, “Verace Pizzaria, bring it on!”

Shortly after we arrived, big boards of pizza were carried out to the tables with the official guests. The pizzas were especially made, so that it could feed multiple people at once, while giving everybody the chance to try different toppings. The pizza looked and smelled mouthwatering and the first bite revealed a welcome pizza taste, which I only knew from Europe. In my opinion, the pizza at Verace Pizzeria is easily the best in Australia and definitely the best I have ever tasted.

But there was more than just pizza. After everybody had some time to try everything, some speeches were held and a very talented singer, sang an Italian song. After that it was time for some action. A friend of the restaurant owner put on a brilliant doe tossing show. He didn’t even just stand in one place to toss the doe, he freely walked around, lay on the ground and rolled the doe over his shoulders. In the end, he even tossed two does at once.

After the entertainment was over, we went back to eating. For the duration of the Verace Pizza festival, they also offer a pizza burger and we were able to try it. The pizza burger was absolutely delicious! The ingredients were extremely fresh and that made the burger stand out from many other burgers I have tried before.

So, if you are interested in the best pizza in the world, head on over to Macquarie Park, you won’t regret it.