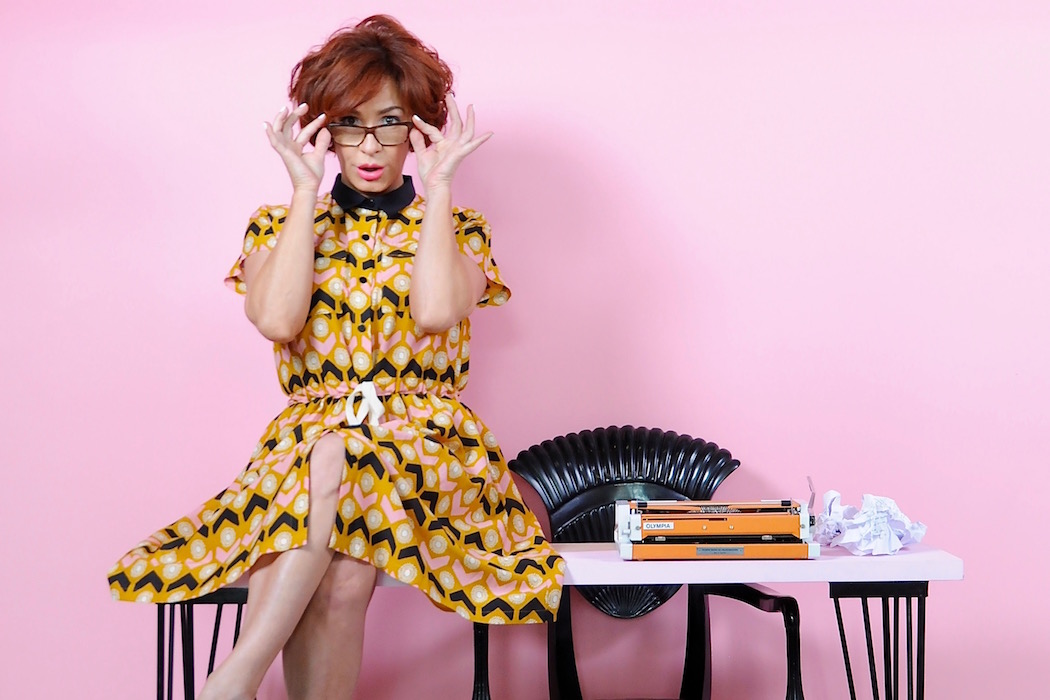 Tania Lacy, Australia’s original funny girl prepares to return to Australia with the launch of her second children’s book ‘Tracy Lacy for Classy Captain’, the follow up to the international best-selling first release ‘Tracy Lacy is Completely Coo-Coo Bananas’. Published and distributed by Scholastic and illustrated by Danielle McDonald the book will be available from November this year just in time for the festive season.

Now based in Berlin, Tania and her husband are proud parents to their now 11 year old son. It should come as no surprise, that after 30 years in the business, Tania has been able to convert her ample writing skill into an exciting series of funny books for tween girls. “I just felt it was time to corrupt a new generation” jokes Tania.

Of the lead character, Tania says, “Tracy is very close to my heart. She’s a modern girl who is outspoken, boisterous and sporty. I was very mindful to keep labels like ‘bossy’ and ‘tomboy’ well away. Those kinds of stereotypes are not helpful to young women and are rather outdated. Tracy, is quite simply, a great chick”.

Though Tania is best known for her comedy work, she actually began her career as a dancer, studying at the prestigious Victorian College of the Arts, now Melbourne University. She went on to choreograph clips for the likes of Kylie Minogue, but it was while dancing on the ABC’s iconic program ‘Countdown’ that she was spotted by Molly Meldrum who, on a whim, had her open the show. From that chance encounter, Tania earned a place on another ABC program ‘The Factory’. It was here Tania honed her comic ability, writing her own sketches, creating a number of comic characters and generally wreaking havoc upon anyone of authority.

Over the next ten years, Tania’s career continued to evolve. She wrote and starred in the hugely successful short film ‘Titsiana Booberini’ as well as ‘Pussy Got Your Tongue’, which won her the Nicole Kidman Best Actress Award at Tropfest in 1997. She starred opposite Ben Mendolsohn in ‘Tangerine Dream’, a role for which she was awarded Best Actress at the Watch My Shorts Film Festival. Audiences flocked to see Tania live in her one woman shows ‘All Of Me’ and ‘Tania Lacy is Coo-Coo Bananas’, both of which premiered at the Melbourne International Comedy Festival. It was a heady time for Lacy.

The quirky graphic novel, ‘Tracy Lacy is Completely Coo-Coo Bananas’ and the hilarious follow up, ‘Tracy Lacy for Classy Captain’, have been described as “Diary of a Wimpy Kid” meets “Dork Diaries” – only funnier! The series follows the adventures of Tracy and her two best friends, Ag and Ponky, as they navigate their way through ‘tween-dom’. The only problem is, more often than not, it’s Tracy who is so off course she’s practically navigated her way to Greenland! In this new instalment of Tracy’s adventures, she is now in high school and things are looking great, even better than great, fantastic! Then… disaster. Her ‘life is over’ kind of disaster. The question is; will her friends stand by her this time?

Tania has channeled her experiences, the successes and the failures to create this hilarious but relatable children’s book series. As Tania prepares to take centre stage, this time as a successful author, we can’t help but feel this is another great leaping off point for the classy lady we have come to love.

Tania will travel to Australia this coming November. “Tracy Lacy for Classy Captain” will be available in all good bookstores and retails for $14.99 AUD from November, 2017

What the duck hits ‘HIP’pendale