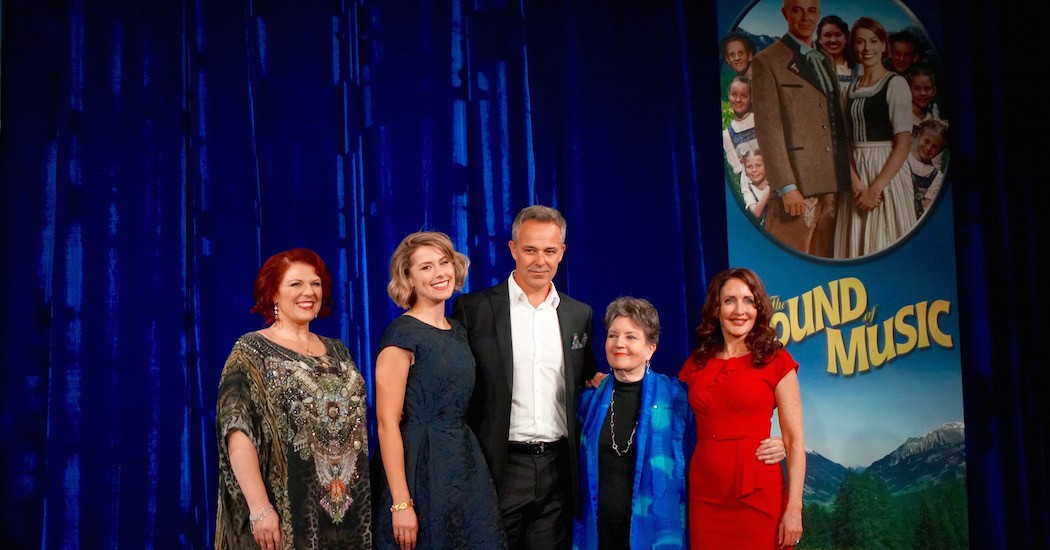 Set at Sydney’s Doltone House Hyde Park, I was invited to an exclusive announcement of the principal cast for the world’s favourite musical, The Sound of Music.

Producer John Frost, on behalf of his co-producers Andrew Lloyd Webber, David Ian and the Really Useful Group introduced the lead cast members one at a time.

The Australian production will be led by Amy Lehpamer as Maria Rainer and Cameron Daddo as Captain Georg von Trapp, starring alongside Marina Prior as Baroness Schraeder, Jacqueline Dark as Mother Abbess and Lorraine Bayly as Frau Schmidt.

The lavish London Palladium production of The Sound of Music will commence in Sydney at the Capitol Theatre on 13 December this year, followed by a season at Brisbane’s Lyric Theatre from 11 March, 2016.

“This acclaimed production of the legendary Rodgers and Hammerstein musical premiered in 2006 at the home of West End musical theatre, the London Palladium, where it celebrated a record-breaking 954 performances seen by well over 2 million people, before going on to enjoy sell-out seasons internationally” says Producer John Frost.

The Sound of Music is an iconic musical, probably the most loved musical of all time, and contains all the elements which make a show magical. Inspired by the lives of the actual von Trapp family, The Sound of Music tells the uplifting story of Maria, a fun-loving governess who changes the lives of the widowed Captain von Trapp and his seven children by re-introducing them to music, culminating in the family’s escape from the Nazis across the mountains from Austria.

It features an unforgettable score that includes some of the most famous songs ever performed on stage, including My Favorite Things, Edelweiss, Do-Re-Mi, Sixteen Going On Seventeen, Climb Ev’ry Mountain and the title song, The Sound of Music.

The 1965 Hollywood film, which starred Julie Andrews and Christopher Plummer, won five Academy Awards including Best Picture. Cameron Daddo will be a wonderfully strong and stern Captain, and Amy Lehpamer, already with several musical roles to her name, will leap to stardom as Maria.

“It’s a part of everyone upbringing and the most excited, I grow up singing” added Amy Lehpamer

The Sound of Music
www.soundofmusictour.com.au

The Sound of Music

The nation’s capital has welcomed a new hotel experience, Little National Hotel, Barton, an affordable luxury hotel which sees no compromises and offers a…