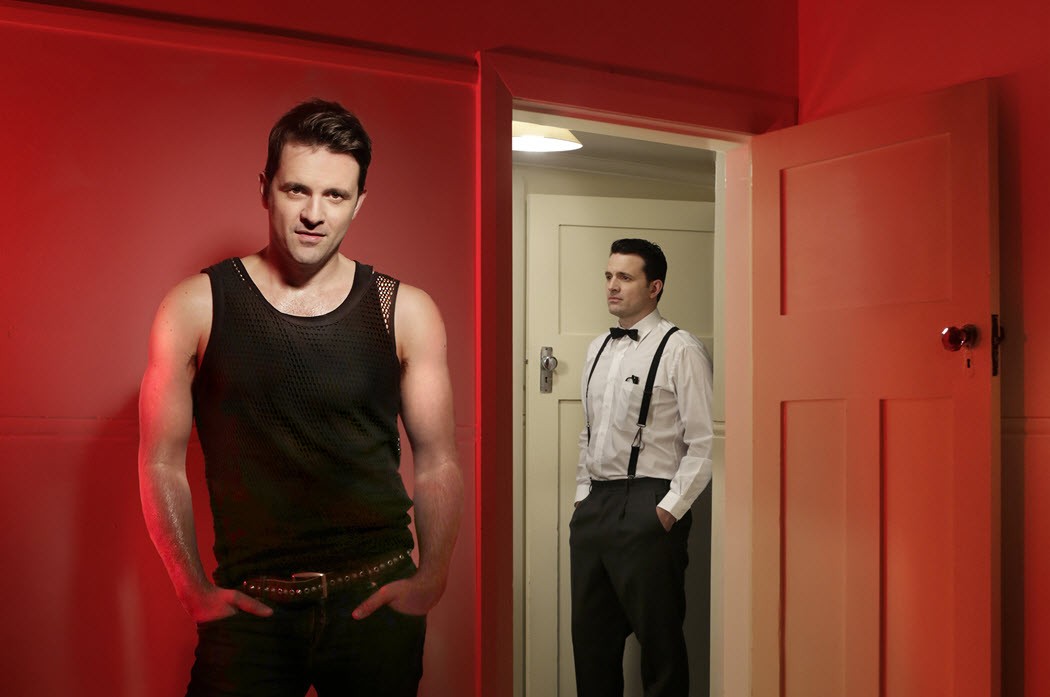 Last October, I mentioned it was going to be an impressive year for Darlinghurst Theatre Company with the 2016 season to be staged at the iconic Eternity Playhouse.

Darlinghurst Theatre Company presents the highly anticipated Sydney Premiere on 9 February at Eternity Playhouse as part of the 2016 Sydney Gay and Lesbian Mardi Gras. The Pride is a remarkable reflection on gay identity and sexual liberation, from the repressive past to the more liberated present day, written by Alexi Kaye Campbell’s.

Two parallel love stories shift between 1958 and the present day. In 1958, Oliver and Philip fall for each other but are forced to be strangers to desire and themselves. In the rainbow-stickered present, anonymous sex and empty style collide with the human heart.

Celebrated director Shane Bosher, nominated for a 2015 Sydney Theatre Award for his direction of Cock, has assembled a stellar cast in Matt Minto (Cock, Angels in America), Simon London (The Hobbit II and III, Edward III), Geraldine Hakewill (Platanov, Wanted) and Kyle Kazmarzik (Blood Wedding, Much Ado About Nothing).

Following rave reviews when it premiered in London in 2008, Shane Bosher is thrilled to bring this highly topical and deeply passionate play to Sydney. “There’s a lot to be said for a love that dare not speak its name,” he said.

I believe this play tackle the ever-changing attitudes to love and sexuality boldly and with wicked sense of humour. Shane Bosher continues to mention that it’s brave enough to talk about the fear of being unloved and of never being able to be yourself. Brilliantly articulating the bold sacrifices we sometimes have to make to achieve happiness, it also provokes questions about the benefits of liberation: does it actually get better?

I think the audiences not only be talking about it but with have a different view and thinking about for days. The play will alternate between 1958 and the present, to suggest how the main characters might have lived in these startlingly contrasted periods, the one all repression and guilt, the other let-it-all-hang-out promiscuity and gay pride.

The Pride previews at Eternity Playhouse from 5 February and runs through until 6 March.

Tell me about your show experience at the Darlinghurst Hurst Theatre.