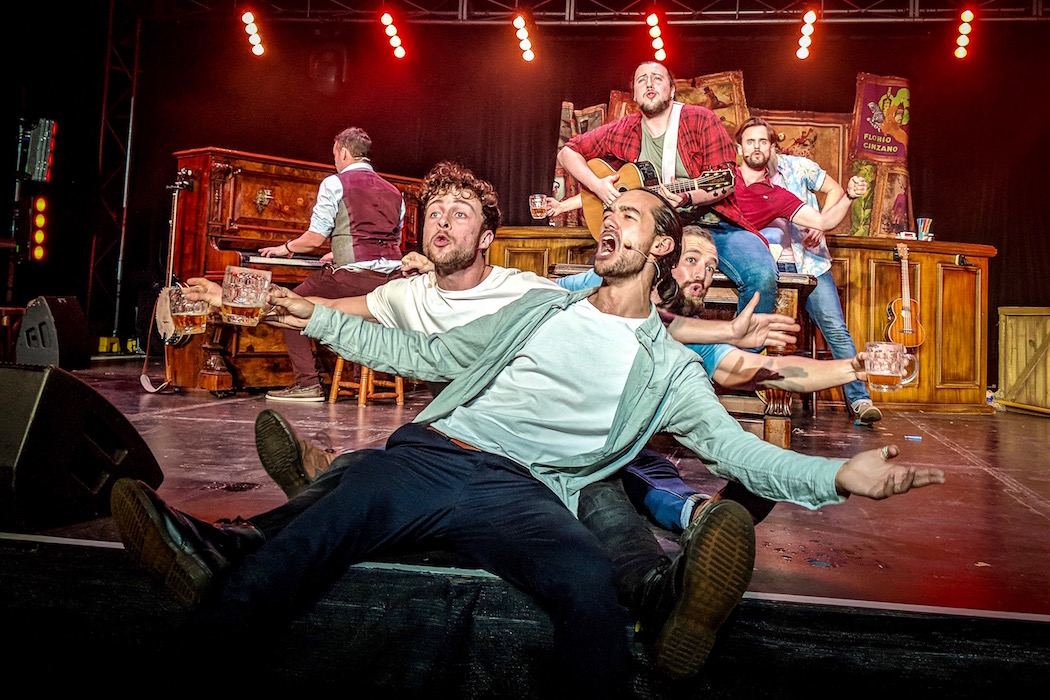 The feel-good sing-along hit, The Choir of Man, will return to Sydney Opera House for an encore season in The Studio from 6 November – 1 December 2019 following its sold out four week season earlier this year.

An international runaway hit of the Edinburgh Fringe Festival in 2017 and 2018, and the Adelaide Fringe Festival “Pick of the Fringe 2018” winner, The Choir of Man is a musical adventure full of heart and energy. The cast of nine mates perform a set-list including hits from the likes of Paul Simon, Adele, Avicii, Queen and Guns N’ Roses. A joyous show for all ages, The Choir of Man brings together world-class singers, dancers, instrumentalists and poets with flawless vocal harmonies.

Set in a cosy British pub called “The Jungle”, The Choir of Man combines incredible vocals with high energy dance, live percussion and foot stomping choreography. Most pubs have a football club, a darts team, or an intimidatingly vast array of craft beer – this one has a male voice choir. The show even has a real working bar from which the cast will pull pints and invite audience members to get up-close-and-personal with the show, drinking in the action on stage.

Sydney Opera House Head of Contemporary Performance, Olivia Ansell, says: “Sydneysiders were enthralled by this uplifting show about a bunch of mates who love to sing at their local pub. With soaring vocal harmonies, electrifying choreography and a set list covering everything from Sia, Queen and Farnham, The Choir of Man has taken the world by storm. We’re thrilled to return this feel-good Edinburgh hit to Sydney Opera House in Spring!”

The Choir of Man Producer and Director, Nic Doodson, states, “The Choir of Man is absolutely thrilled to be returning to the iconic Sydney Opera House in November for another season of singing, dancing and drinking! The Sydney audiences were some of the best we’ve ever had and we can’t wait to share a pint again with all the great new friends we made and those that we haven’t yet met. Following sold out tours in the USA, UK and Europe, the guys are really excited to get back to Sydney which already feels like a second home.”

If you haven’t heard of the latest primal fitness trend to come out from the states, Animal Flow is a new fitness program that…