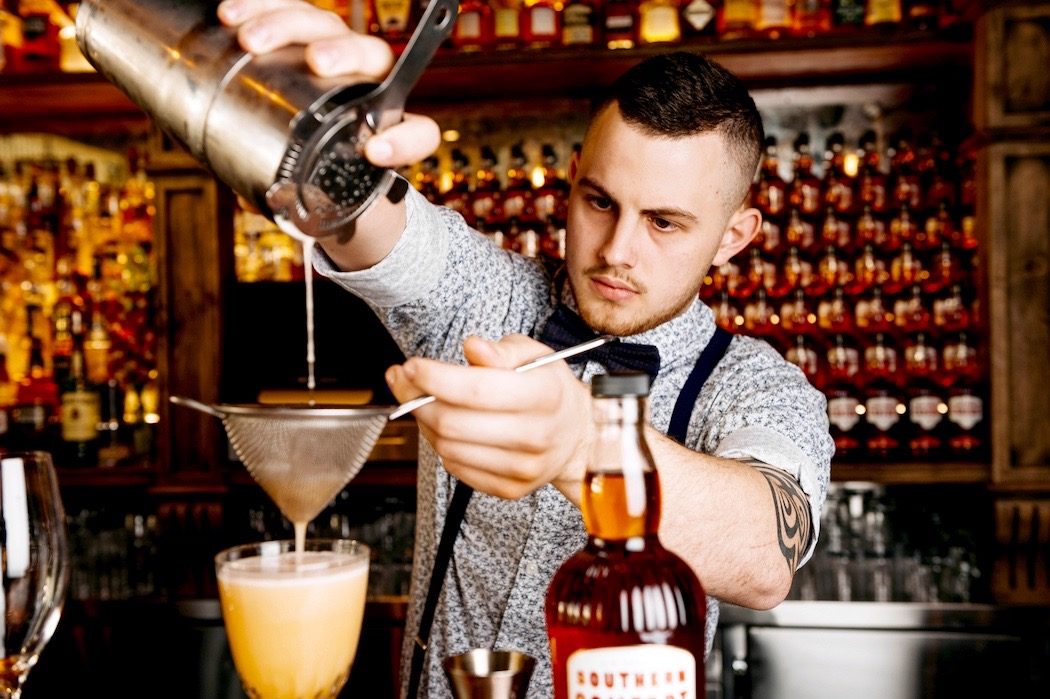 Before the event, I didn’t know what Southern Comfort was, but I learned quickly that it is a Whiskey based liquor and therefore perfect for cocktails. Southern Comfort held a national Cocktail competition, to find the best cocktail that has Southern Comfort as an ingredient and 10 bartenders from around Australia made it to the finals here in Sydney.

The event itself was fun. A lot of socializing, with enjoyable jazzy, swingy live music. Apart from that there was delicious food provided by the NOLA Smokehouse and bar, where the event was held. But of course, there were also cocktails all night long. The Southern Hurricane was definitely my favorite. At first, I wasn’t used to the smoky flavor of the cocktail, but with every sip, I enjoyed it more and more.

The competition itself was very interesting. Each finalist had ten minutes to prepare their cocktail in front of the judges and the audience, while talking about the ingredients and how they got the idea for the cocktail. The winner of the competition, Jacob Cohen, explained that his idea for “The Bootlegger” came from his “great grandfather Solly [who] used to tell [him] tales about prohibition because he lived in New Orleans in the 1920s, he would tell [him] the origins of the bootleggers who would smuggle liquor and beer in their large boots.”

The 19-year old winner came all the way from Cairns and he explained in an interview, that he practiced his presentation all the time before the competition and that it is ingrained in him now. He didn’t only fulfill his own dream by entering this competition, he also sees it as a chance to shine a light on the community in Cairns.

The competition and the celebrations afterwards went on till the early morning hours for the finalists and their friends and they left me and many other people with a bit of a hang over the next day. But it was all worth it for a fun and exciting night out.

Want to put the ‘wow’ into your travel plans next year? Flight Centre can help you with that. With just two weeks away from…