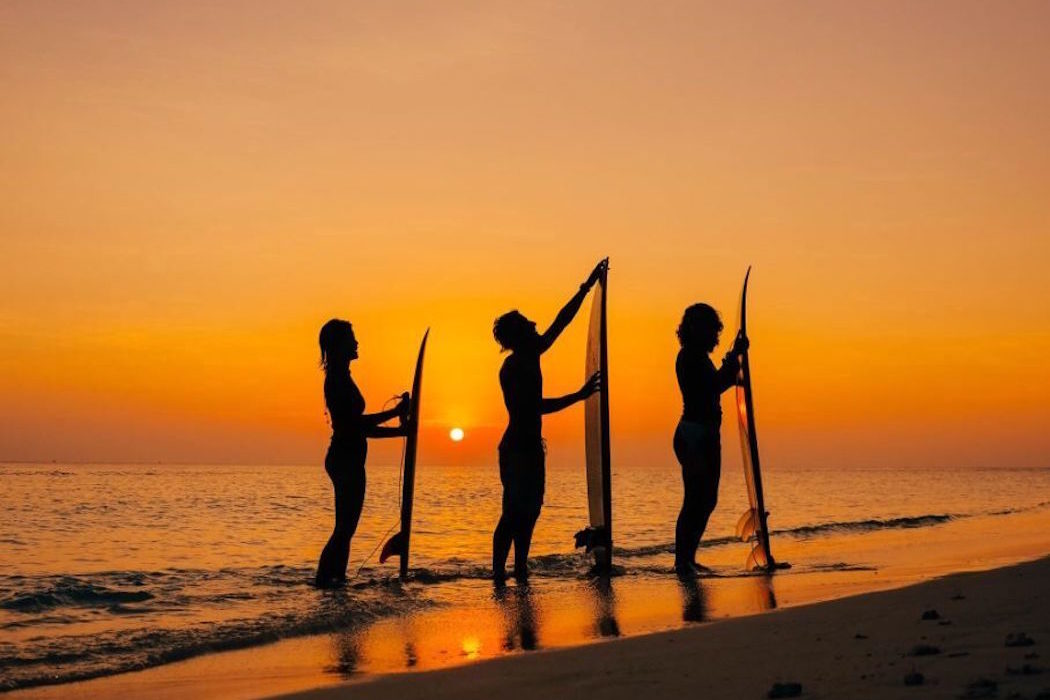 ‘Soneva Surf’ is an eco-friendly surfing experience, offered at Soneva Fushi in the Baa Atoll and Soneva Jani in the Noonu Atoll in the Maldives, and is the first of its kind anywhere in the world.

In celebration of the launch, WRD has collaborated with respected Australian surf experts, Coastalwatch, to give surfers the opportunity to win a ‘World Surfaris Golden Passport’.

WRD Executive Director, Tess Willcox, said the World Surfaris Golden Passport is an unforgettable surfing experience for two people, involving a year of epic waves at four of the best surfing spots in the world: Samoa, Mentawis, J-Bay, and of course, the Soneva Surf breaks in the Maldives.

With 13 surf breaks in the Baa Atoll and 11 in the Noonu Atoll, and not only do they boast some of the best waves in the region, they’re a well-kept secret, which means they’re uncrowded and pristine – a surfer’s dream.”

The message is about how to travel consciously, and the Coastalwatch team’s passion for preserving the health of the ocean. The aim of Soneva Surf is to be a model for sustainable surfing around the world and we’re excited about the opportunity this partnership presents to showcase it.

For those guests visiting Soneva Fushi and Soneva Jani outside of the Golden Passport promotion, there are three Soneva Surf packages available, at three different price points.

Leave everything at home makes travelling to the Maldives easier because we provide everything they need, from rash guards to sunscreen, and wax, and everything’s entirely eco-friendly.

Join the sustainable surfing movement and find out more on worldresortsofdistinction.com