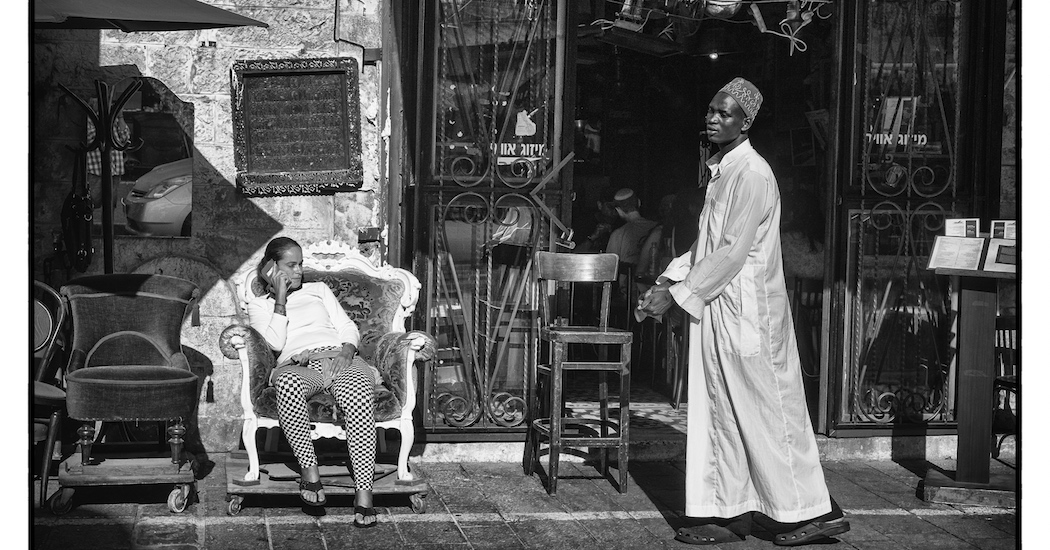 The iconic 20 year old SOHO Galleries in Sydney will display its first ever photography exhibition, ‘Somewhere in Jaffa’, by Australian photographer Nathan ‘Natti’ Miller launching on 9 May 2015 and running until 5 June 2015 as part of Sydney’s Head On Photo Festival.

With a program of innovative workshops, world-renowned presenters and some of the best photography world-wide, Head On is a festival for photography enthusiasts, professionals and collectors alike.

Miller’s ‘Somewhere in Jaffa’ series captures the people, places and contemporary environment of the vibrant Israeli region of Jaffa, with his extensive travels across the globe providing a rich inspiration and backdrop for his artistic works.

“For me ‘Somewhere in Jaffa’ depicts the genuine vibrant spirit of Jaffa and its visually captivating environs and atmosphere. With Jaffa containing such a diverse range of people, all with their own religious beliefs including people practicing Judaism, Christianity and Islam, I hope to illustrate the rhythms of daily life from these unique perspectives,” Nathan Miller says.

“My interest in photography lies in the visual storytelling of people and places, and in capturing moments and certain realities that are often not seen by others. I hope ‘Somewhere in Jaffa’ can transcend some of these cultural beauties as well as contribute to Australians’ overall understanding of Jaffa’s vivid cultural identity.”

By capturing Jaffa’s ambience and cultural diversity, ‘Somewhere in Jaffa’ challenges pre-conceptions and clichéd assumptions regarding the lives of Arabic and Jewish people living in a peaceful co-existence within Israel. All photographic works in the ‘Somewhere in Jaffa’ exhibition have been included in Miller’s internationally-distributed book of the same name (M.33, 2014).

“We are thrilled that Natti Miller will be the first photographer ever to exhibit his work in SOHO Galleries. An exhibition such as ‘Somewhere in Jaffa’ is truly captivating and will be certain to generate much interest from the artistic world,” said Nigel Messenger, Director, SOHO Galleries. “Somewhere in Jaffa’ perfectly captures unique moments and the relationships between people and places, while considering ethnicity and tradition.”

So who’s behind the lens? Nathan ‘Natti’ Miller is a Melbourne photographer, originally from Tel Aviv, Israel. His works are exhibited in Australia, USA and France. Miller established his reputation with his documentation of the Mississippi Delta, which was exhibited at the Monash Gallery of Art in 2008 and the Mississippi Blues Museum in 2010, and published as a book, “Notes from the Mississippi Delta” in 2009. In 2013, Miller participated in a group show of images from district 18 in Paris at the Institut des Cultures d’Islam (ICI) in Paris.

National Cheeseburger Day – Burger Collective has got you fave burgers

Choosing a smart home security gadget. From doorbells to cameras to smart lighting.

An evening with The Group Wines

I received in the mail a Lark Steak and Whisky Gif

What a night! Dinner at Chiswick and tasting The G

The Nesuto Leura Gardens is a unique apartment hot

The long-awaited threequel is here and in cinemas

Just a couple of days in the Blue Mountains lookin

Do you love to spoil your puppy? Ever thought of a

It's the start of Spring and Reflections Holiday P

It was a night to remember, great to be at a live