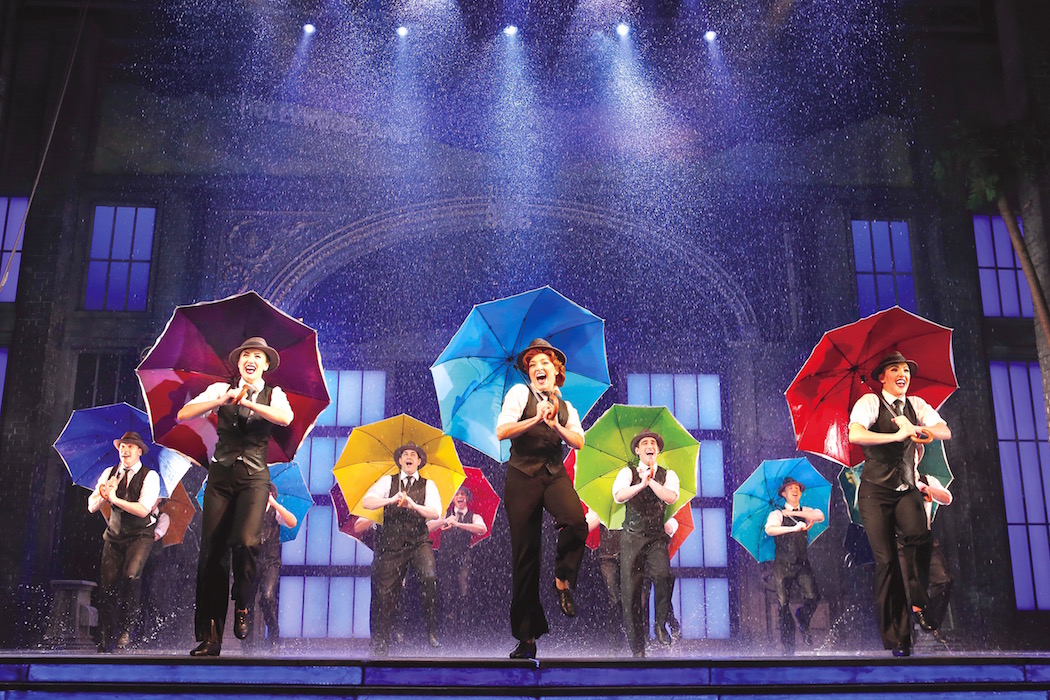 The splash-hit West End stage production Singin in the Rain has premiered to thunderous applause in Melbourne at Her Majesty’s Theatre. Hailed by critics and audiences alike, the Melbourne season will be followed by a season from July at the Sydney Lyric Theatre, from September at QPAC’s Lyric Theatre in Brisbane and from December at Adelaide Festival Theatre and Crown Theatre Perth. This extraordinary production starring the charming and charismatic Adam Garcia, Jack Chambers, Gretel Scarlett and Erika Heynatz is not to be missed!

Stepping into the role of Don Lockwood for the duration of Mr Garcia’s absence will be talented actor Grant Almirall. He has been part of the Australian company as the stand-by Don Lockwood. New Zealand critics praised Mr Almirall’s combination of ‘balletic elegance…with gleeful exuberance’, his ‘sweet tenor voice carrying the delicate emotions of You Were Meant For Me’ and his ‘charming and joyful rendition’ of Singin’ in the Rain.

Produced in Australia by Lunchbox Theatrical Productions, Michael Cassel Group, David Atkins Enterprises and Dainty Group, the popular musical is thrilling audiences as they experience high-octane choreography, sumptuous sets and costumes and the exhilarating spectacle of rain live on stage! With the help of 12,000 litres of recycled water, the audience can enjoy one of the most famous dance scenes live on stage, with some leaving the theatre a little wetter than when they arrived!

Set in 1927, it tells the story of the first Hollywood musical, when the silver screen found its voice and left silent movies – and some of its stars – behind.

With high-energy performances, a superb score and a joyous story, SINGIN’ IN THE RAIN showers you with everything you could wish for in a hit musical.

Singin in the Rain Australia