We ain’t playing around with this one, this is a classic. An indulgent and heavenly treat. If you mac, you mac. If you cheese, you cheese. But if you wanna mac and cheese, then try out Traeger Grills recipe by Sarah Glover.

Bring a large saucepan of water to a boil over high heat. Add the salt, followed by the macaroni, and cook according to the packet instructions until al dente. Drain and set aside.

Set up a Traeger Grill with apple wood pellets, and preheat the grill to 180°C.

Place a deep cast-iron frying pan or skillet on the grill and cook the bacon for 4–5 minutes, until golden, then set aside in a bowl, leaving 2 tablespoons of bacon fat in the pan. Add the butter and allow it to melt, then whisk in the flour until combined.

Next, add the whisky, chicken stock, mustard and Worcestershire sauce and whisk to combine you want a smooth sauce, so try to avoid it being too hot while the smooth sauce is forming. Then bring the mixture to a simmer, whisking occasionally to scrape up any bits stuck to the base of the pan, and cook until starting to thicken. Stir in the cream and return to a simmer, then add all the cheese and stir until melted and you have a thick cheesy sauce.

Add the macaroni and stir to combine, then transfer to a fireproof baking dish.

Combine the breadcrumbs, melted butter and bacon in a bowl and season with salt and pepper. Scatter the mixture over the macaroni cheese and top with the grated cheddar. Cook in the Traeger for 30 minutes or until the top is golden brown. 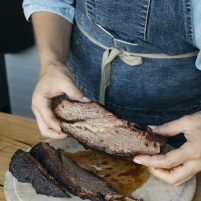 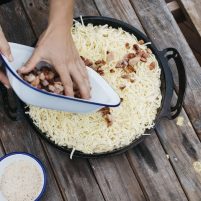 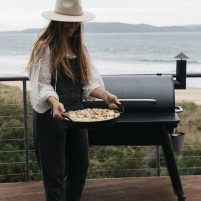 There really is something for everyone. Valentine’s Day pub guide around Melbourne.