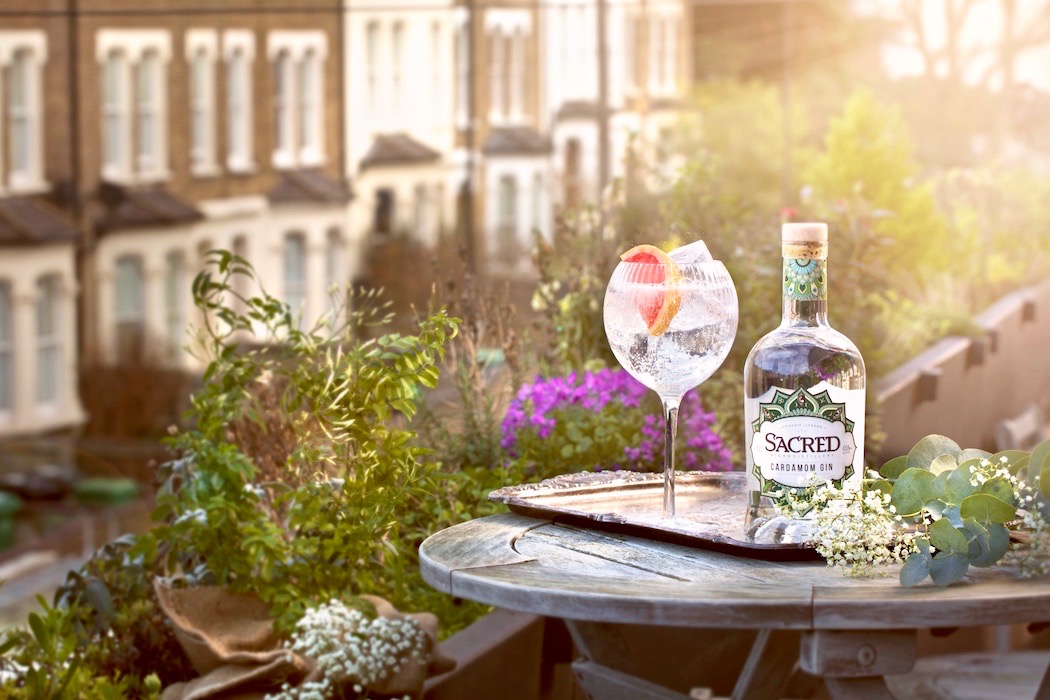 English distillery, Sacred Spirits, has officially arrived in Australia and just as Spring has finally sprung! Gin lovers can rejoice as the London based family-run distillery and multinational, multi-product drinks company brings its signature drinks to Australian bars and bottle stores.

Made using organically sourced botanicals, vacuum distilled by hand at their Highgate distillery, Sacred’s drinks are characterised by an unmistakable quality and inimitable flavour.

The Sacred story began in 2008 when the brand was founded by Ian Hart and Hilary Whitney in London. Refusing to follow the accepted norms, they created their own unique distilling process, rejecting the idea that pot distillation was the best and only way to make gin. As such, ‘Recipe Twenty Three’, the spirit that would eventually become the award-winning Sacred Gin, was the catalyst proving that vacuum distilling was a new game changing method.

Commenting on the unique method Sacred Spirits employs, Co-Founder Ian Hart said: ‘Vacuum distillation gives our liquid a unique taste and freshness as the botanicals are distilled separately and have not been affected by heat. Traditional distillation is great, but we wanted more control over the flavours we create. This is just the way we do things.’

Containing a dozen botanicals including juniper, cardamom, pink grapefruit and frankincense, the Sacred Gin set the tone of what was to come; ingredients curated from far and wide and hand distilled in London. The inclusion of frankincense, known in Latin as Boswellia sacra, signalled Ian’s intention to create a unique liquid, characterised by depth of flavour and otherworldly aromas. It would also become the signature ingredient for all Sacred spirits.

Commenting on the launch of Sacred Spirits, Kent Street Cellars Retail Manager, Jennifer Derksen said: “It’s no secret that Australians love their gin, with recent data from the 2018 International Wine and Spirit Report showing Australia’s gin consumption grew by almost 33% from 2017 to 2018 and more than 15% from 2013 to 2018. Furthermore, the trend towards more organic spirits is also something we’re looking to leverage with the organic products within the range.”

Sacred Spirits will be exclusively distributed by Kent Street Cellars. The full range can be purchased at kentstreetcellars.com.au

Did you know that today is World Hippo Day? When I think of hippos, I tend to think of chubby, lazy sea creatures lounging in…