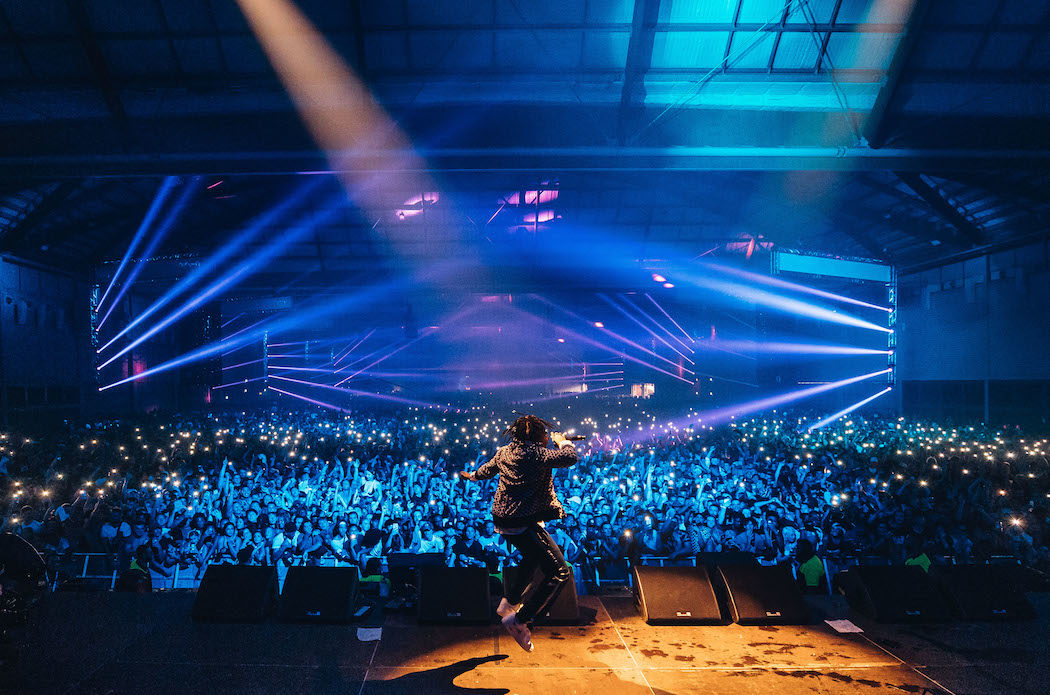 The Rolling Loud Rap Music Festival hit Sydney’s Olympic Park this Sunday, January 27th. With over ten major artists grazing the stage such as Tyga, YG, Lil Uzi Vert and Future it was no surprise the event was completely sold out. Rolling Loud is said to be the World’s biggest Hip Hop Festival. Considering this was the productions first time in Australia, anticipation around the concert was at an all time high.

Originally founded by Matt Zingler and Tariq Cherif in 2015, this 3-day, Miami born event has hosted the biggest names in hip-hop such as Cardi B, Post Malone, Lil Wayne, Rick Ross and Kendrick Lamar. With such success and over 135,000 attendees, it was now Australia’s turn to experience the madness jam packed into a one-day festival.

As a huge hip hop enthusiast myself, I could hardly contain my excitement as we rode VIP style to the event in a White Mercedes Benz AMG courtesy of HF Wedding & Hire Cars. After we were dropped off we were directed towards what we thought was the entrance. We waited in line for about an hour to make it through the security checkpoint. Once we got inside we made a B line towards the food. There were about 6 different places to get grub and of course we settled for some pizza and beers. Food was good, line was fast, we were happy.

After our stomachs were satisfied, we made our way into the dome where we caught the end of Playboi Carti’s set. The rapper was full of energy during his time on stage but it was hard to hear him clear. Once the set was finished, recorded hip-hop songs played to the crowd while we waited for Tyga. Shortly after, Tyga hit the stage. Joined by his backup dancers the rapper performed for about 30 minutes. Being that I have seen the “Taste” singer perform before and was utterly impressed, I am sad to say I was not this time around. Unfortunately, the audio was hard to hear through his time on stage but not too hard to hear some of his classic jams I had eagerly been waiting for.

The poor sound quality continued into YG’s performance and throughout the night. Although most of the crowd who was closest to the front of the stage seemed to be enjoying the performance. With weather not in our favour we left shortly after YG’s set.

It seems as if Australia might have not been ready for the Rolling Loud event. The organization lacked as a whole. Tickets being nearly $200 each, I believe the guests were not satisfied with the level of entertainment they received. With that being said, if the sound quality and weather improved this festival had all the potential to be a hit. Here’s to hoping they can bring the same intensity as the event brings to America to Australia next time around because this seemed as if it was the test run. All in all, the Rolling Loud festival was not a complete disaster and with some practice under their belt now, it may be an event to keep your eye on next year.

Born and raised in Boston, Massachusetts this New England girl has found herself in Sydney, Australia. Rory is no stranger to travel and is determined to find some of the best vegetarian tacos and margarita Australia has to offer.

Australian Stylist Rachel Worden, founder of Ruby Slippers Styling was born in 2011 as a passion project to offer a service to help style the…