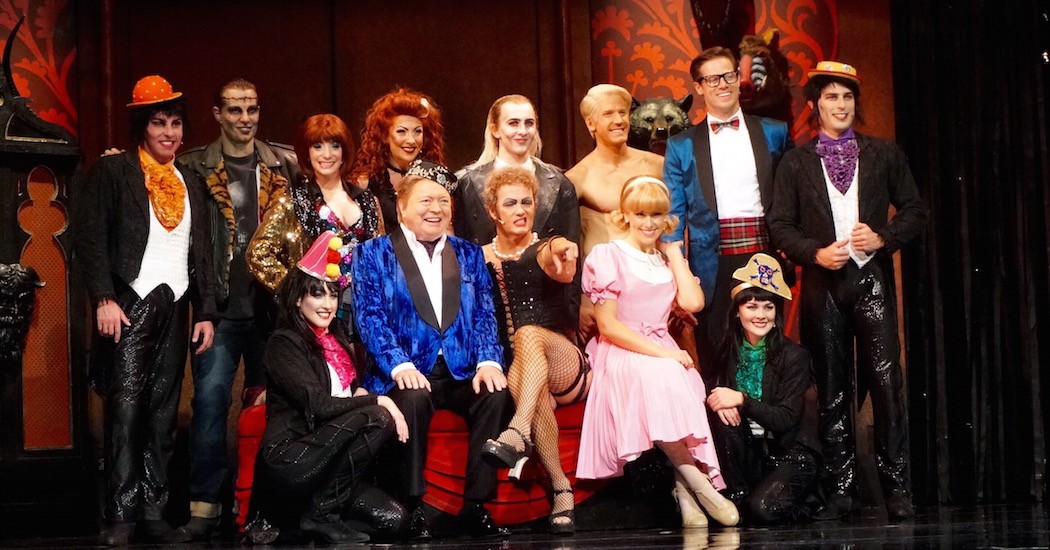 Sydney, it’s the sexiest and funniest show I have seen this year. Let’s do the Time Warp with Craig McLachlan, Bert Newtown and the rest of the cast of The Rocky Horror Show.

Star of the show and role of Dr Frank N Furter is Craig McLachlan, who has won the 2014 Helpmann Award for Best Male Actor in a Musical for this performance. TV veteran Bert Newton plays the Narrator, the sensational Kristian Lavercombe is Riff Raff, pocket rocket Jayde Westaby as Magenta, and Columbia played by Angelique Cassimatis.

Musical favourites, whom I got to meet and share a chat or two, Amy Lehpamer and Stephen Mahy for the roles of Janet and Brad. Nicolas Christo plays Eddie and Dr Scott, flexing his muscles Brendan Irving is Rocky. The Phantoms are played by Meghan O’Shea, Suzanne Steele, Darren Tyler and Drew Westion, while the Swing/Dance Captain Nicholas Eaton.

Millions of people all over the world have and continue to see production of The Rocky horror Show and sung along the cult classics like Sweet Transvestite, Dammit Janet and of course The Time Warp.

Yep, I was even on the red carpet for just a quick flash of the camera. But I made it to the media pen as the real stars flock to the red carpet to the opening of the show.

Check out my gallery for my hottest snaps taken at Star Casino’s Lyric Theatre. I’ve seen this couple a few times and it never gets tiring, great down to earth couple and genetically blessed, Dr Time Robards and Anna Heinrich. Rocking black on the red carpet, Kerri-Anne Kennerley, Patti Newton and Lauren Brant. The stunning Erin Holland, to ringmaster inspired Bonnie Lythgoes to the dapper father and son, Christian and Richard Wilkins.

Sydney’s longest running and most sophisticated sushi train, Sosumi Sushi Train, has extended its offerings with a new gourmet dinner menu. With a collection…