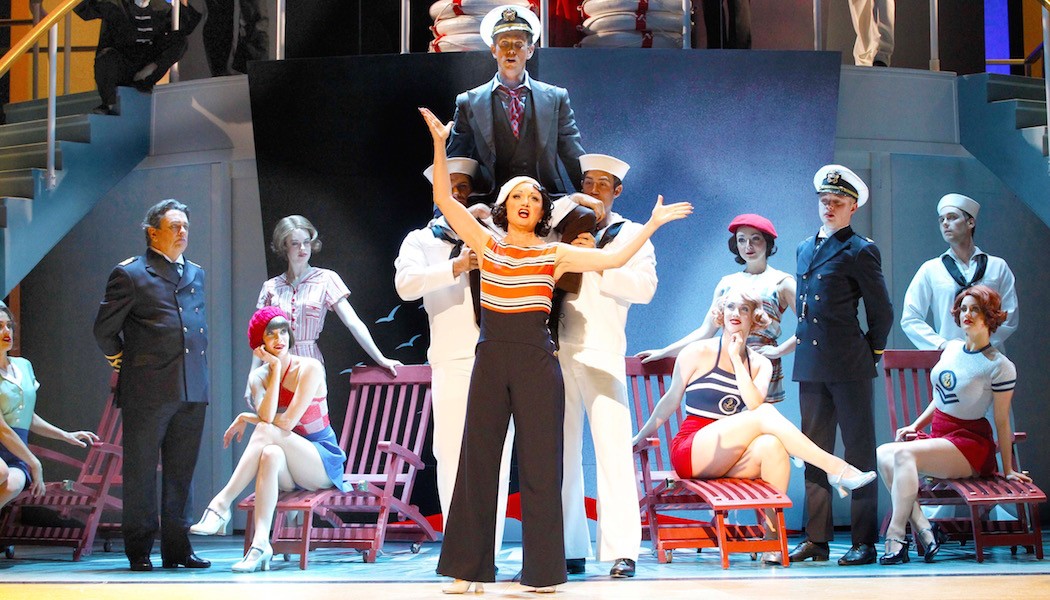 Are you looking for a good night out – fabulous songs, glamorous costumes, fun actors and dancers?

When the ocean liner embarks from New York to London, etiquette get tossed out the portholes as two unlikely pairs set off on the voyage to find true love… proving that sometimes destiny needs a little help from a crew of singing sailors, an exotic disguise and some good old-fashioned blackmail. A hilarious tale of topsy-turvy relationships, mistaken identities and foiled plots, peppered with some of musical theatre’s most memorable standards including You’re The Top, I Get A Kick Out Of You, and of course the title song, Anything Goes.

To be honest I thought there would be a little more tap dancing routine to the show, as it started of a bit slow. Nevertheless Caroline O’Connor was outstanding in the comedy lead and delivered a vibrant and bold performance – show performance flair.

Once the tap dancing started, I was glued to the performance – such stamina from the sailors and the sassy showgirls. Have you seen the show, what did you think?

San Diego’s craft brew scene has garnered respect from around the globe. With more than 150 breweries and a collection of distinctive distilleries throughout…