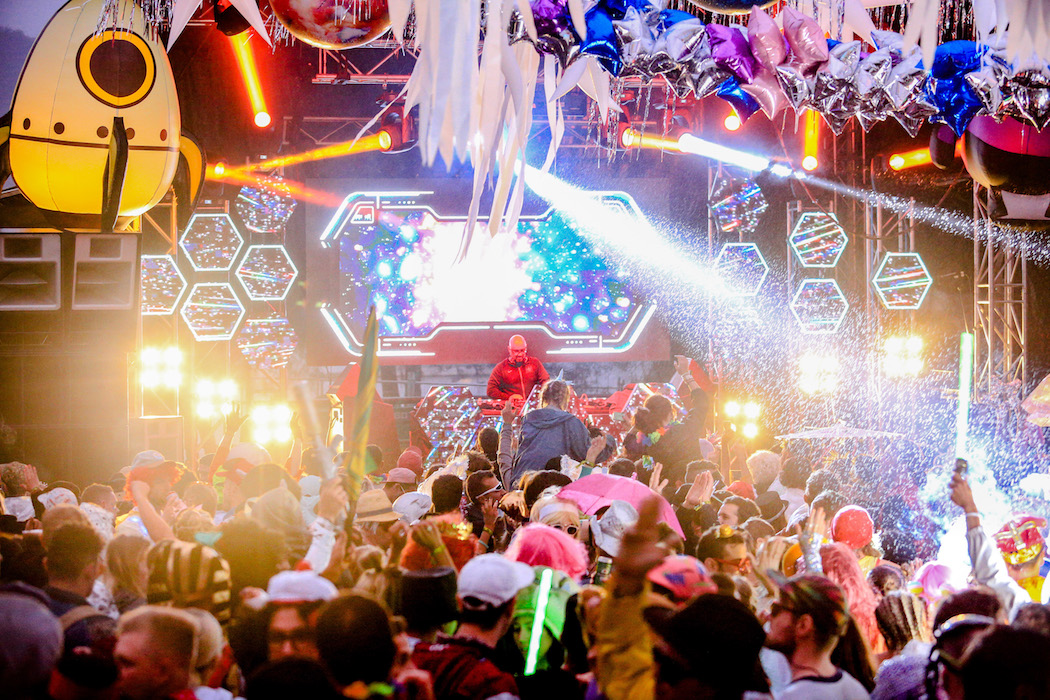 Return to Rio has today announced the massive names joining the Riopian family for their annual gathering of magic, mischief and mayhem.

This November 8-10, the musical mecca will host the cream of the electronic crop as Faithless is set to join Puerto Rican house lords and DC10 favourites, The Martinez Brothers at the top of the bill. The DJ set from Faithless, will take guests on a euphoric journey celebrating the band’s biggest hits from 20 years at the top. ‘Insomnia’, ‘God is a DJ’, and ‘We Come One’ are not only timeless classics, but song titles befitting the Return to Rio revelry at large.

The lovingly crafted line-up continues with Argentina’s El Maestro, Hernán Cattáneo who will be reunited with dead-set legend Nick Warren for a very special performance. Widely touted as the hottest back-to-back duo on the planet right now, the pair will be making a triumphant return to Australia in honour of this year’s event.

The sanctuary from sanity will also be soundtracked by Acid Pauli, the musical wizard who transverses the whimsical, fantastical and melodic tempos of house and techno.  Notorious for performances in magical places like Tulum’s jungles and Black Rock City, Acid Pauli’s well known on The Playa and his sets are a highlight of Burning Man.

Riopians making the pilgrimage, are in for ‘A Little Bit of Luck’, as DJ Luck & MC Neat take over the ‘Masterblaster’ for a house and garage re-wind like no other. Literally, ‘There Ain’t No Stopping Us.’

The infamous Rio pool party will be returning, but unlike ever before with prominent party-starter, Nightmares on Wax bringing his sun-drenched dubbed out soul DJ set to the banks of the Hawkesbury.

Following Lee Burridge’s much-lauded closing performance of last year’s event, fellow All Day I Dream alumni, Sebastien Leger and Lost Desert are stepping up to the plate to cast a dreamy spell over the main stage, with their laidback house and eclectic grooves.

Dancefloor detonators, Eli & Fur have been snared too. These in-demand DJ divas, who are firm favourites of the Anjunadeep fold, write and play their own tracks, mixing house and dance beats.

Long-standing Rio resident, the legendary Mr C AKA the Shamen behind ‘Ebeneezer Good’ is back for another edition, bringing ‘Superfreq’ right-hand man, David Scuba along for his first rodeo.

Next up is the NeoAfroFuturisticPsychedelicSurrealisticHippys, The Illustrious Blacks.  Monstah Black and Manchild Black are a ridiculously fun married combo, inspired by Prince, Grace Jones and Boy George, on a mission to fuse futuristic funk, hypnotic house and cosmic pop into pulsating positivity for the planet.

Finally, as part of his quest to champion the best beatmakers in the business, Master of Mischief, Ricky Cooper has also cherry-picked a couple of his favourite producers making massive waves in the underground, German duo Super Flu and vibe vixen Miss Melera.

More than just music, Return to Rio is The Ultimate Weekend Away, a refuge from the real life and a shindig quite unlike any other.

Sydney’s finest mixologists will take care of the cocktails and a selection of fantastic food trucks will make this a gourmet getaway to remember. Just 90 minutes from Sydney, Del Rio Riverside resort boasts riverside air-conditioned cabins and a hot tub or two will be adding a touch of glamour to the serene campgrounds. Houseboat accommodation options are also on offer. Cruise the Hawkesbury at your leisure and then moor up at the port of Rio for an unforgettable adventure.

Ricky Cooper, Chief Mischief Maker, Return to Rio comments, “As always we work incredibly hard behind the scenes to bring a selection of DJ heroes, past, present and future to Return to Rio. The vibes from our tribe are unparalleled and we can’t wait to be reunited this November.”