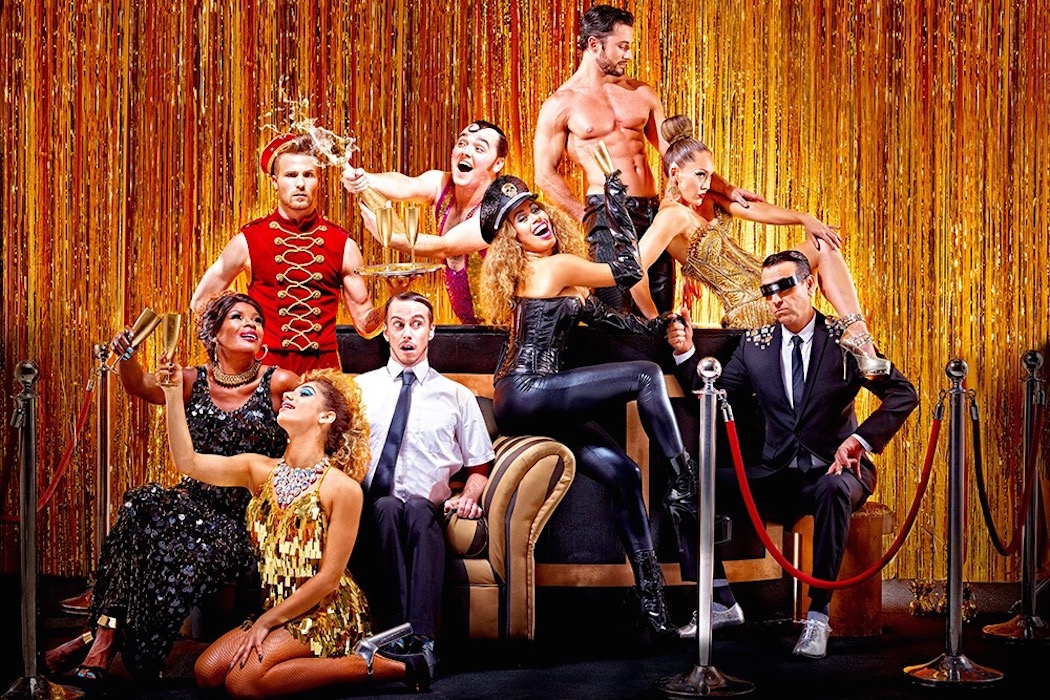 The award winning hit show from the 2015 Adelaide Fringe Festival returns in the Spiegeltent: Garden Of Unearthly Delights, from 12 February 2016 for a strictly limited season. After winning the bankSA Pick Of The Fringe and The Advertiser Best Of The Fringe Awards in 2015, VELVET played sell-out seasons at the Edinburgh Fringe, Brisbane Festival and at the Sydney Opera House.

When a young ingénue (Brendan Maclean) slips behind the red velvet rope at the glamorous nightclub that is VELVET, he encounters dazzling acrobatics, disco divas, seductive chanteuses and a hot, pulsating atmosphere. It changes him and empowers him! The performance follows his seduction and his transformation.

VELVET shocks, surprises and scintillates at every turn. It’s a party, it’s dangerous, it’s electrifying, and it’s exhilarating disco soundtrack never lets up from the opening moment. Each performance invites the audience into an intoxicating glitterball world where the performers and the audience walk the fine line between the romantic and the audacious. VELVET is a fantastic sensory overload – funky, fresh, fun and sexy.

Sleepwear for the worldly woman – pjME