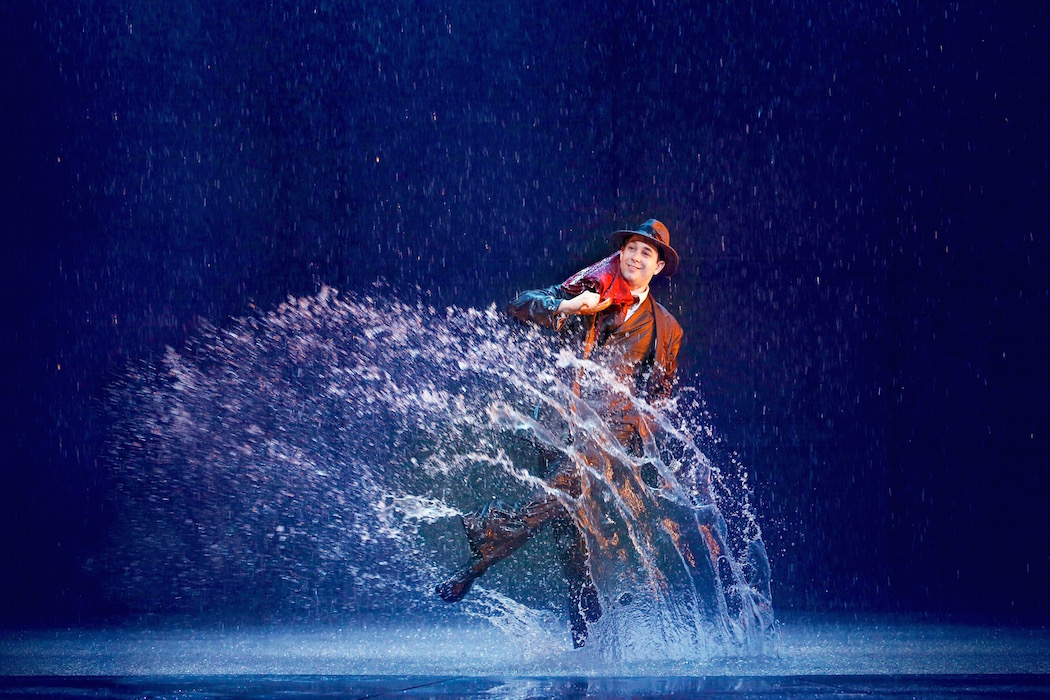 Brought to you by Nuffnang and Singin’ In The Rain

The much anticipated classic musical Singin’ in the Rain at Sydney’s Lyric Theatre premiered on Saturday 9 July with a red carpet event. I wasn’t able to attend the opening, however I did attend an exclusive preview and I absolutely loved it. I enjoyed the energy of the tap dancing, the acting that told the story and the singing that got not only me to sing along.

This stage musical has it all, including tap dancing in the rain and twirling umbrellas in the moment. Note to all patrons sitting on from rows 1-4, pack a rain coat or an umbrella.

I wouldn’t be surprised if all three grab an award for their performance.

This 1952 musical comedy portrays three stars caught up in the transition from silent films to “talkies” – motion pictures. R.F. from Monumental Pictures decides to convert The Duelling Cavalier into a talkie. With some production difficulties, Lina’s strong nasally New York accent didn’t quite cut the mustard. As Cosmo Brown describes “She can’t sing, she can’t act, she can’t dance – a real triple threat”. Don, Kathy and Cosmo come up with the idea to turn the The Duelling Cavalier into a musical called The Dancing Cavalier, where Lina will lip-sync Kathy’s voice.

Without giving too much away, the rain scene is such an iconic moment not only in the film but on stage too. It added the wow factor and Grant Almirall was walking on water with his tap routine with the melody “Singin’ in the Rain”.

It was such a pleasure to watch the show and I know you will enjoy it too. Details below for the Sydney performances and on the website touring nationally.

Singin in the Rain Australia

How are you celebrating New Years Eve in Sydney?

New Year’s Eve is literally around the corner and your either that person who has everything planned to a tee or winging it. New…