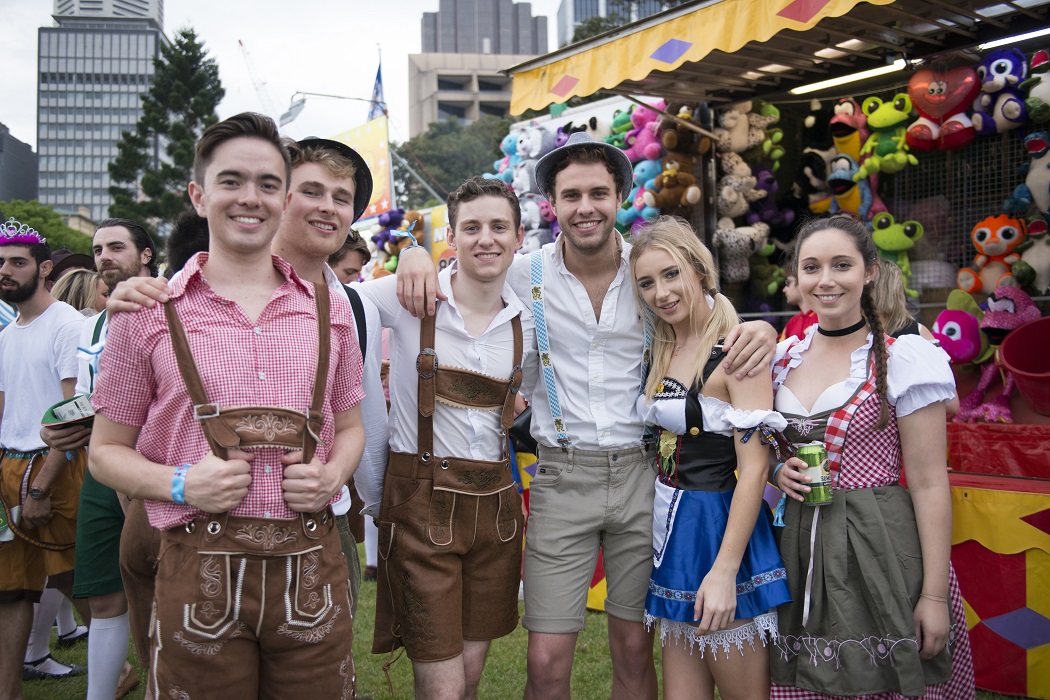 Pull out your lederhosen and dirndls as Oktoberfest In The Gardens returns. The world’s most celebrated beer festival is being hosted across four cities down under – Perth, Adelaide, Melbourne and Sydney, with massive parties that will parallel what’s happening over in Germany, this October.

The biggest beer halls in Australia will be constructed in Perth and Sydney, with Adelaide and Melbourne to still rival any other in their city. Punters can experience all the fun and frivolity from previous years with local acts, cover bands, competitions, silent disco, thrill rides, side show alley, wood chopping, roving performers, dodgeball and market stalls.

With 10+ imported German beers and a variety of other beverages for non-beer drinkers, guests can quench their thirst on anything from a pilsner and doppelbock to cider or wine; whilst getting amongst traditional bites such as bratwurst, schnitzel or pretzels from 10 – 30 incredible food stalls.

Hundreds of thousands have dressed up and flocked to Oktoberfest In The Gardens to celebrate the biggest beer festival in the world, so prepare your costumes and get ready to raise your stein for the only Oktoberfest party you want to be at in Australia.

Oktoberfest In The Gardens
18+ event

This year I’ve decided to head home for Christmas after 2½ years not seeing the folks. Since the flight is over four hours, I…