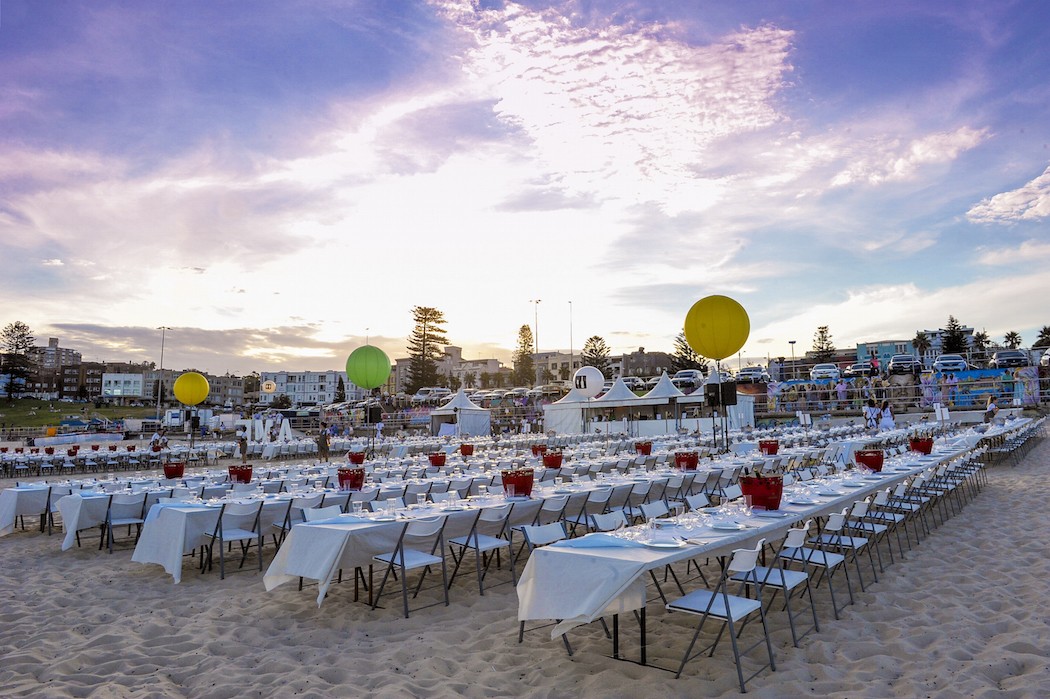 A Moveable Feast, Bondi Beach is the first in a new series of experiences set to take Sydneysiders on seasonal dining journeys, with three additional events scheduled for 2016. The inaugural event went off with a bang on the sands of Sydney’s iconic Bondi Beach on Saturday 12 March. From the event director of the acclaimed Diner en Blanc Sydney, A Moveable Feast was the first of four in a new series of indulgent dining experiences set to take place in 2016.

The dress code of pastel beach chic, created a vivid patchwork of colour as guests revelled in a gourmet moonlight picnic right in the middle of Bondi Beach. In attendance were a number of A-list Sydney and international personalities such as Natasha Oakley, Devin Brugman, Kris Smith, Maddy King, Natalie Roser, Laura Csortan, Tim Holmes a Court, Daimon Downey and the Bondi Rescue boys.

The evening’s entertainment was led by Australian artist Jake Meadows, who debuted his upcoming single Echo of tomorrow (feat. Daniel Johns) live at the event. With the ocean as his backdrop, 3 harps and his 5-piece band including a string section, Jake performed his spellbinding signature sound as the sun set over Bondi Beach. Farewelling a Sydney summer, the event culminated in guests dancing barefoot under the stars.

The next A Moveable Feast event will be a large scale Winter Wonderland indoor extravaganza. This will be followed by a Halloween dinner party decked out in the woods of Centennial Park. The concept behind the series is that each event will have a different well-known guest chef designing the menu, with big names being thrown around for the future events.

If you went, what did you think?

The latest addition to Merivale’s thriving dining empire, Bar Topa is inspired by the unique tapas culture of Spain, with culinary influences from across the…