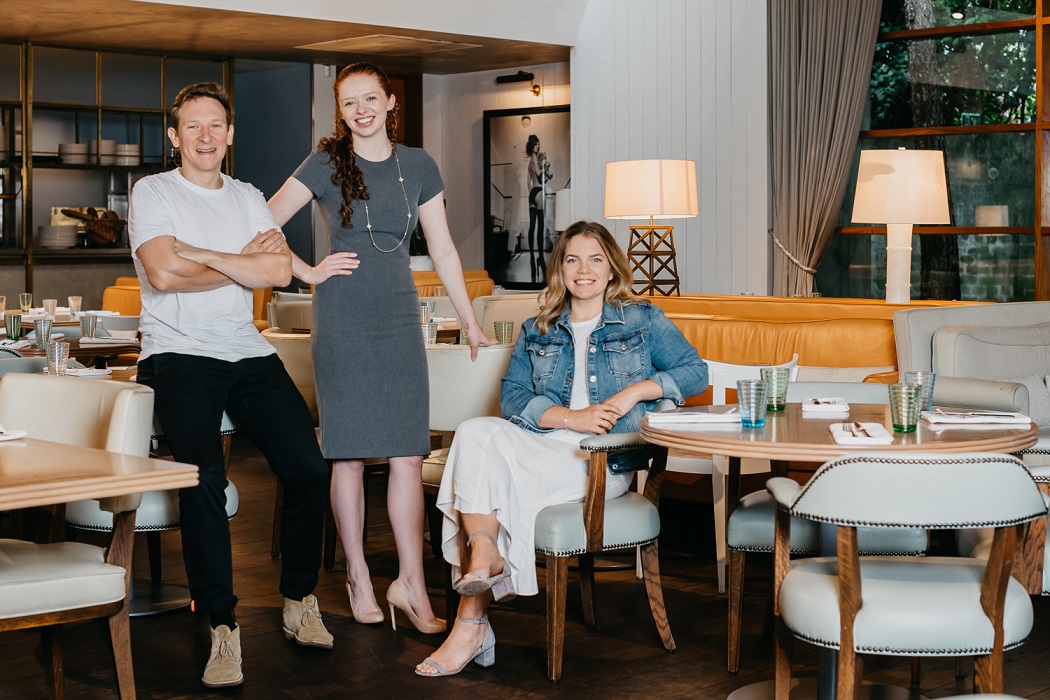 Merivale has open the newly acquired Hotel Centennial on Woollahra’s Oxford Street. The Paddington’s renowned Executive Chef Ben Greeno will preside over the kitchen, collaborating with Fred’s Danielle Alvarez on the dining room and bar menu. Greeno will be joined by Head Chef James Evangelinos.

With their love of local produce and talent for restrained simplicity, Greeno and Alvarez have created a menu shaped with a Mediterranean sensibility – an exciting new direction for the historic pub. “This is a nod to Southern Europe; food inspired by the season and what people want to eat”, says Greeno. “It’s what you’d like to make at home, but rather go out for”.

There will be a selection of flat breads from the wood-fired oven, such as ‘minced lamb, merguez, yoghurt and pickled chilis or ‘fennel, greens and garlic cream’, along with simple pastas and salads. Seafood will feature prominently throughout – think ‘wood oven squid with aioli and cherry tomatoes’ and ‘clams, fennel, chilli, roast bread and rouille’ to start, followed by ‘grilled flounder with seaweed salsa verde’ and ‘snapper fillet with tomato, verdicchio lemon and capers’. They will be joined by signature meats – whole roasted chicken, Rangers Valley cote de bouef and steak frites.

Dessert will be a standout, drawing on summer’s sweetest stars, such as ‘lemon verbena custard tart with fresh peaches and nectarine’ or ‘roasted figs, rose, yoghurt sorbet’. The duo has also introduced their take on the dessert synonymous with Hotel Centennial – ‘waffles with banana caramel sauce and whipped cream’.

The Mediterranean influence follows through to the bar menu, with simple snacks like ‘grilled fish with rocket and lemon’, along with charcuterie, cheeses and all flat breads.

Greeno, who remains Executive Chef of The Paddington, will be joined in the kitchen by new Head Chef James Evangelinos, fresh from three years at Matt Lambert’s Michelin star restaurant, The Musket Room, in New York City. Megan Sullivan, previously Restaurant Manager of Merivale’s esteemed fine dining institution est., will be leading the charge on the floor.

Merivale acquired Hotel Centennial on 22 November. Whilst there are no plans for a major refurbishment of the space, the front bar will be refreshed in the new year so that it too can become a destination in its own right.

Are you ready to face the ultimate terror? The most twisted minds in horror are taking fear to a whole new level. Hold your…