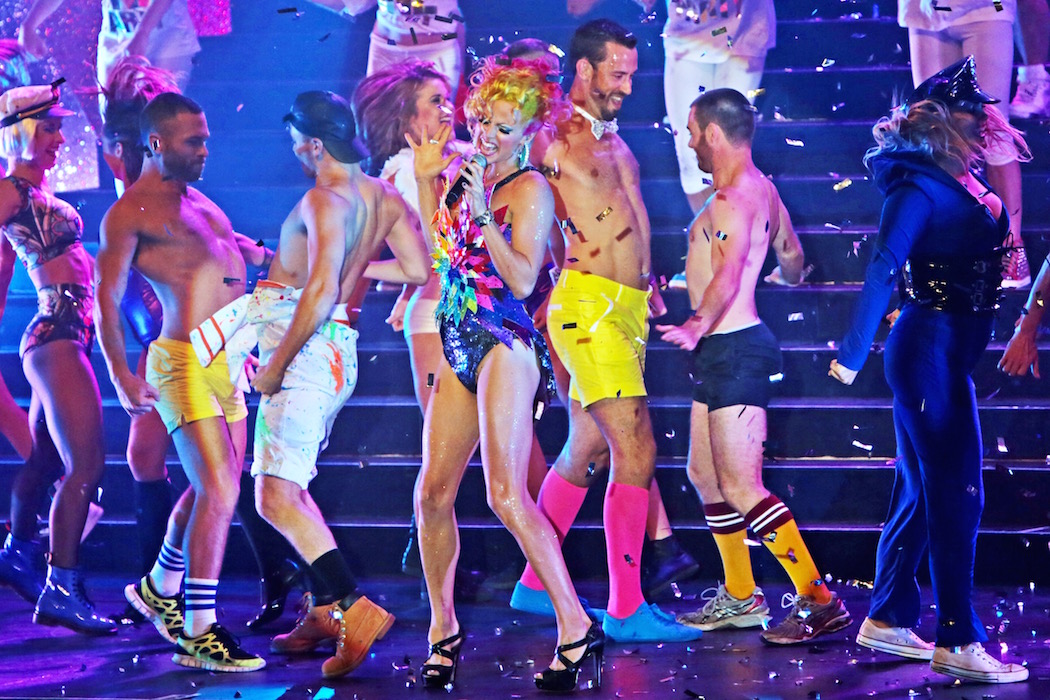 It’s the party to end all parties, at this years Sydney Gay and Lesbian Mardi Gras, as you get ready to hit the dancefloor with 12,000+! Announcing local and international DJ royalty set to hit the decks for a killer night, Mardi Gras’ official Party (Saturday 05 March 2016).

Rocking with 31 years of House music, is one of Sydney’s longest serving and highly respected DJ, Mark Alsop. Yes, he will be responsible for many incredible memories unleashed into the dance scene.

Expect to hear an exclusive fusion of club mixes, fresh pop and timeless tunes when transgender showstopper and DJ, Victoria Anthony hits the decks. Crowned DJ of The Year at the 2015 DIVA Awards, don’t miss her sexy, camp, and energetic DJ set.

After purring her way through clubs and parties the world over, Mardi Gras favourite Kitty Glitter returns home to take the party to a whole new level with a shimmering DJ set with plenty of surprises in store.

Making their Australian debut is London based DJ/production duo Maze and Masters with a fresh House set that will deliver the goods! These girls have played some of the most popular and largest Pride events in Europe, and have remixed for Kylie Minogue among others. London-born but Sydney based popular DJ, Colin Gaff, will also take over the decks, bringing his high energy party pumping playlist to Mardi Gras.

DJ to the stars Tracy Young (U.S.A) has kept the party going for Cher, Sean Coombes, Macy Gray, Mya and even at Madonna’s wedding to Guy Ritchie. Now this electronic music dynamo is headed down under for Mardi Gras. This marks Tracy’s first ever visit to Australia and hot on the heals of her remixes for superstars including Lady Gaga, Madonna, Britney, Christina Aguilera among the hit-list.

Mark Picchiotti (U.S.A), will be joining Young on the line-up, bringing his own brand of soulful to progressive house and every other style of “house” in between, to the The Party. With a career spanning over 25 years and over 30 million album sales to his credit, Picchiotti is considered a pioneer of the early Chicago hour music scene, and the only out-of-house producer/remixer to work with Kylie Minogue over several eras of her career. Mark has also lent his touch to remixes/productions for modern pop & dance music royalty including Beyonce, Rihanna, Katy Perry, Sia, Daft Punk and many more.

Finally, one of the most sought after DJs in Sydney’s leather and underground scene Buck Naked will inject some deep, dark and dirty beats to The Party; with a delicious fusion of multilayered base with progressive tone of African, tribal and house rhythms.

Make sure you get in and secure your ticket to The Party of the year, further DJ sets to be announced.

It’s the party to end all parties


Error: Access Token for travel.lifestyleblog is not valid or has expired. Feed will not update.

Bottoms Up Merivale! 49% off all drinks in June

Merivale is giving the ultimate cheers to Sydney with 49% off ALL drinks this June. Bottoms Up, Sydney is available at all bars and…