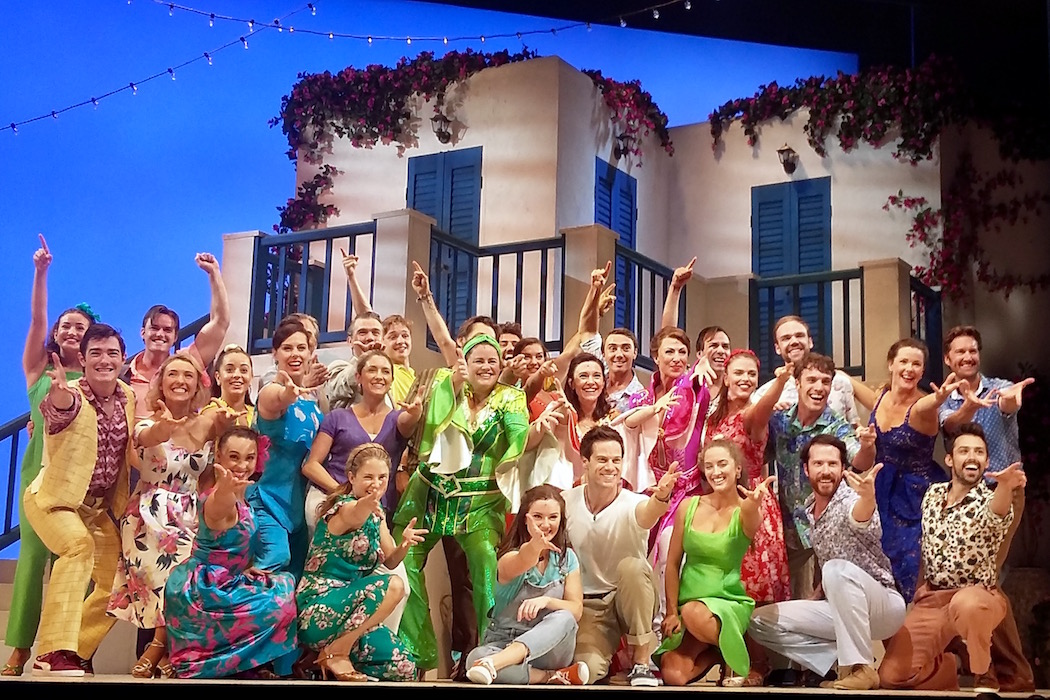 The famous and celebrated musical Mamma Mia is finally back in town, but this time it’s reimagined. Mamma Mia follows the story of Sophie and Donna, who are mother and daughter and have been living together in Greece all their lives. When Sophie is about to get married, she invites three men from her mother’s past to the wedding in hopes that one of them might be her father. When they arrive all hell breaks loose and a hilarious story ensues.

Sydney is the third stop on the show’s tour around Australia, after Sydney, Perth, Melbourne and Adelaide will follow. I went to the media call, which is a full costume presentation of a few scenes from the musical. It was my first time at the Capitol Theatre and I was surprised, how big and intimate it was. The first row is extremely close to the stage, which is something I personally like, but some of the actors mentioned in interviews that it’s something they had to get used to.

When I talked to the three actors, who played the roles of the potential fathers (Ian Stanlake, Phillip Lowe and Josef Ber), they made me aware of the special audio in the theatre. Apparently, during the first performance on stage with audience, the actors noticed that they could hear everything that was going on in the audience on stage. As I was told, most actors left the stage with wide eyes, looking at each other saying, “Did you hear those chips packages!?”

The three mothers in the group (Nathalie O’Donnell, Alicia Gardiner and Jayde Wetsaby) explained that even though they have leading roles in the musical and are on tour around Australia, most of the day is still dedicated to their children. They even pointed out that working nights gives them more time for their children.

I asked Sarah Morrison and Stephen Mahy a bit of a cheeky question. When I asked them, whether playing in the musical for months at a time ever gets boring, however, they ensured me that it doesn’t. “The audience is always different and most of them see the musical for the first time.” Was the sovereign response. They pointed out that they have to impress and entertain new people each night and that makes it never boring.

Overall, the musical contains the superhits from ABBA, which many people know by heart. It’s just a fun and entertaining musical that offers a very dynamic and energetic performance. Everybody who loves ABBA and everybody who loves musicals in general will be very excited about this show.

In my earlier review of Ovolo 1888 Darling Harbour, I mentioned that I wanted to do something a little different. And that was to…