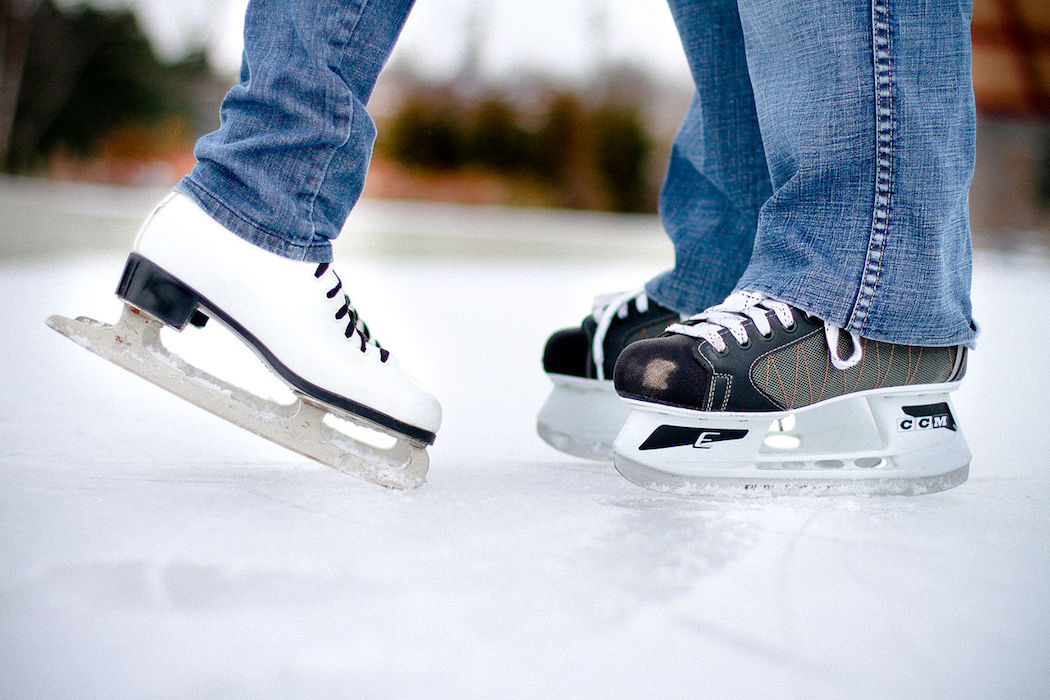 Macquarie Park has a new Ice Rink within the bounds of the shopping centre and a few friends and I went to give it a try. The Ice Rink is home to two of Sydney’s Ice Hockey teams and therefore it makes sense to look online when the public ice skating times are. The special thing about the Macquarie Ice Rink is that they have a Mega Public Skating Session on Sunday, where people can skate for hours.

I have never gone Ice Skating in Australia before. I was born and raised in Germany and have always gone ice skating in Germany. I prepared myself for the extreme cold, packing a backpack full of extra jumpers, a beanie and gloves, but when I entered the ice rink and saw some people skate in shorts and others in t-shirts, I thought “It’s not cold enough!” And it wasn’t. I noticed very quickly, that even the gloves were too warm.

Anyway, after finally figuring out which size was the right size for my ice skates, I could finally step on the ice. It felt good to stand on the ice again, after almost three years, but I also noticed the difference in quality. The ice was kind of wavy and had big wet patches on both ends, where the ice started melting. I was assured by my friends, that this was standard here in Australia and after a bit of adapting, it wasn’t a big problem.

It was simply fun, to socialise, while skating around the rink and gliding over the ice with ease. Around us, even small children were trying to master the ice. Ice skating is an underrated hobby here in Australia, but it is a lot of fun, no matter what age you are. And so, the two hour session went by rather quickly.

American Express Openair Cinemas will put a ‘spring’ in Sydneysiders’ step as it returns to Pyrmont’s Metcalfe Park, right next to the Star Casino…