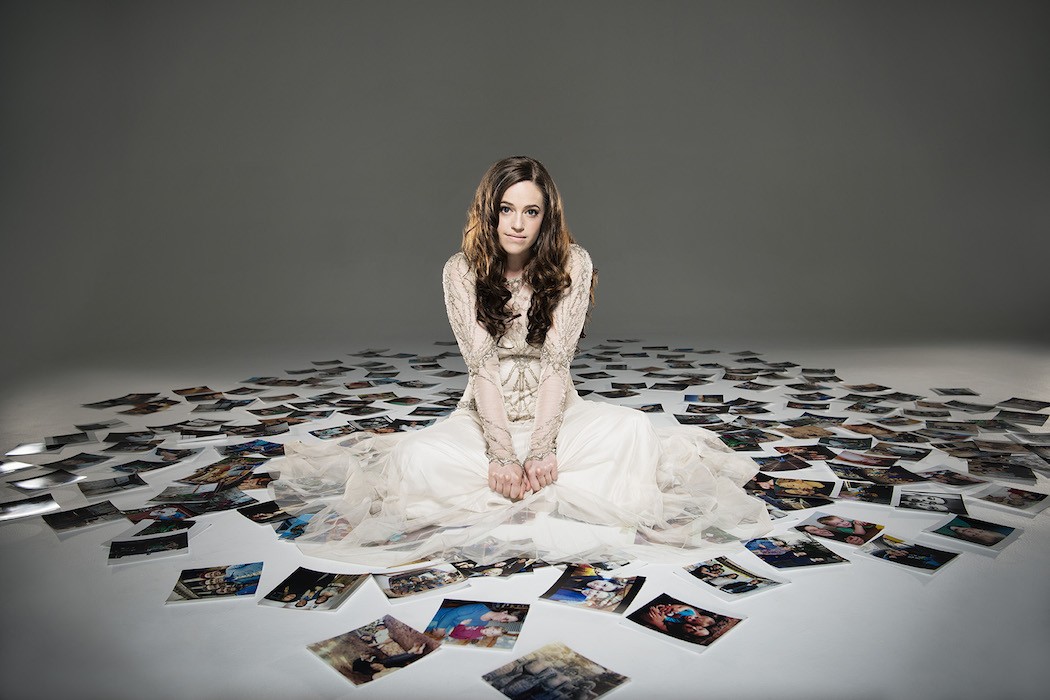 Kerrie Anne Greenland stole the show with her powerful and heartbreaking rendition of the classic song On My Own in the recent Australian production of Les Misérables for which she won the prestigious Helpmann Award. Now this star-in-the-making is releasing her debut album Pictures.

“Pictures is a small collection of songs from movie musicals and is dedicated to the people in my photos (my family and friends),” said Kerrie Anne. “Ever since I can remember, I have wanted to record an album. I had no idea what I wanted to record, but I imagined it being songs from many genres. I feel so lucky that my dream has actually come true.”

The tracks include Run To You from The Bodyguard, On My Own from Les Misérables, Once Upon A Dream from Sleeping Beauty (sung with Daniel Belle), The Man That Got Away from A Star Is Born, and Let It Go from Frozen.

Pictures is an album of songs from movie musicals, stretching across multiple genres. From the pop sensation that was The Bodyguard to the jazz standard from A Star Is Born to modern Disney’s Frozen, Kerrie Anne effortlessly soars in each song arranged by the musical genius Steven Baker.

Kerrie Anne approached Baker about being involved in this project in 2015 and was overwhelmed when he agreed to write the arrangements and discussed his plans for the recording. After agreeing to the drafts he had recorded for her to listen to, Baker ran the orchestra session via Skype from London with the City of Prague Philharmonic Orchestra, which Kerrie Anne watched via live stream while on tour with Les Misérables in Brisbane. Photographer Dylan Evans came on board to shoot the album cover and filmed a video clip of Kerrie Anne’s rendition of Run To You from The Bodyguard, adding an extra dimension to Kerrie Anne’s dream for Pictures. Designer Gwendolynne Burkin dressed Kerrie Anne for the video and director Victor Conde helped bring the clip to life.

It’s been a while since I have walked through the Royal Botanic Gardens. The last time I was here was with a good friend…