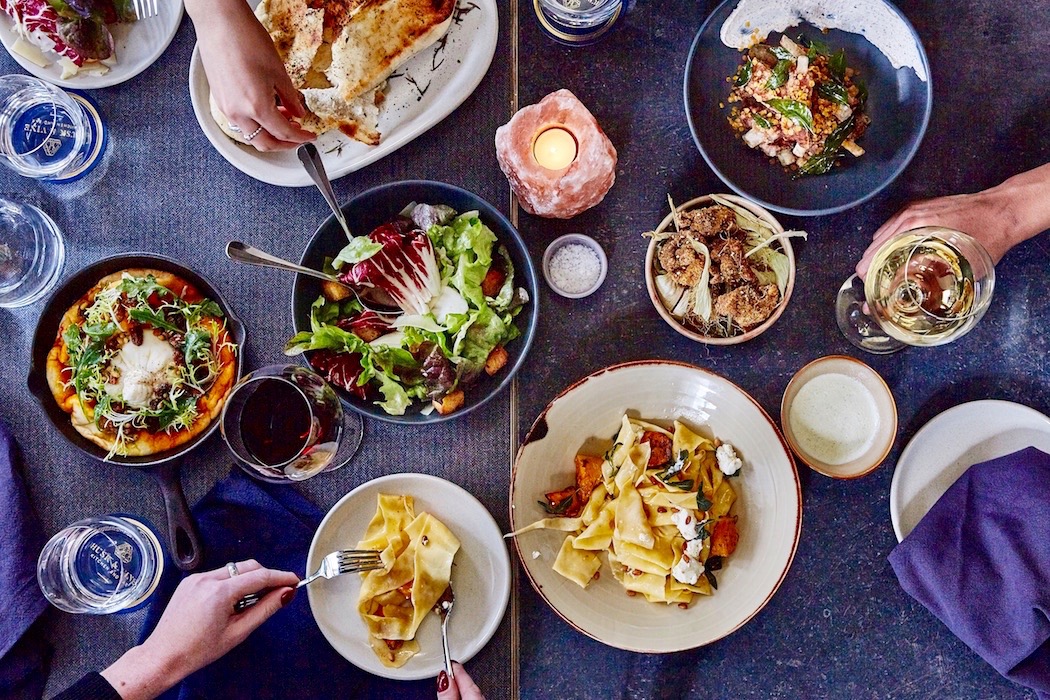 Parramatta has a new hot spot for food and wine with the recent opening of Husk & Vine. I was invited to come along to the opening of this brand-new restaurant in the heart of Parramatta and I was surprised when I was lead down stairs to have some drinks next to an archeological excavation.

I am a history nut and I absolutely love archeological digs and so I thought it was brilliant to have the evening start there. The four towers of the new hotel, apartment building and restaurant was built on top of an old hotel from the 18 hundreds. But instead of ignoring the old hotel and just destroying the evidence of the past, it was decided to instead integrate the old heritage into the new design. This clash of modern design and the old remains of the former building work extremely well.

Soon after I finished my round around the dig, we all moved upstairs to enjoy the new restaurant. Husk & Vine is decorated in a very modern style and parts of the decoration are actually very intriguing. I was caught looking up at the decoration, when someone asked me, whether I liked it. I said yes, and he told me that the decoration is actually a running gag among the staff. The decoration was supposed to resemble sand stone rocks, however they ended up looking more like bread loafs (which I thought they were) and that’s how everybody is calling them.

Before the food was served, Chef Stephen Seckold held a speech and talked about how the menu is designed to represent Parramatta, with its natural Australian flavours, mixed in with a Middle Eastern influence. The first highlight of the night was the Jerusalem artichoke & black truffle soup. It was delicious and made for a fantastic appetiser. I also enjoyed both chicken varieties, Za’atar fried chicken and the whole butterflied chicken, very much. However, the Pavlova was my favourite. It is so hard to find a good Pavlova in a restaurant, but Husk & Vine convinced me that it is possible to find.

Before the night came to an end, we were invited on a tour around the new Skye Hotel Suites. The rooms were designed very well and decorated with an eye for detail. Just walking through the rooms made me want to move in and just live there. This feeling was just amplified by the beautiful pool area and all the other niceties the hotel has to offer.

The launch of Husk & Vine was all around a fantastic night and the food served was definitely among the best I have ever eaten.

Paris on the way

Contrary to some other travellers, when I am alone, I do like going on guided tours that have some real substance in the program…