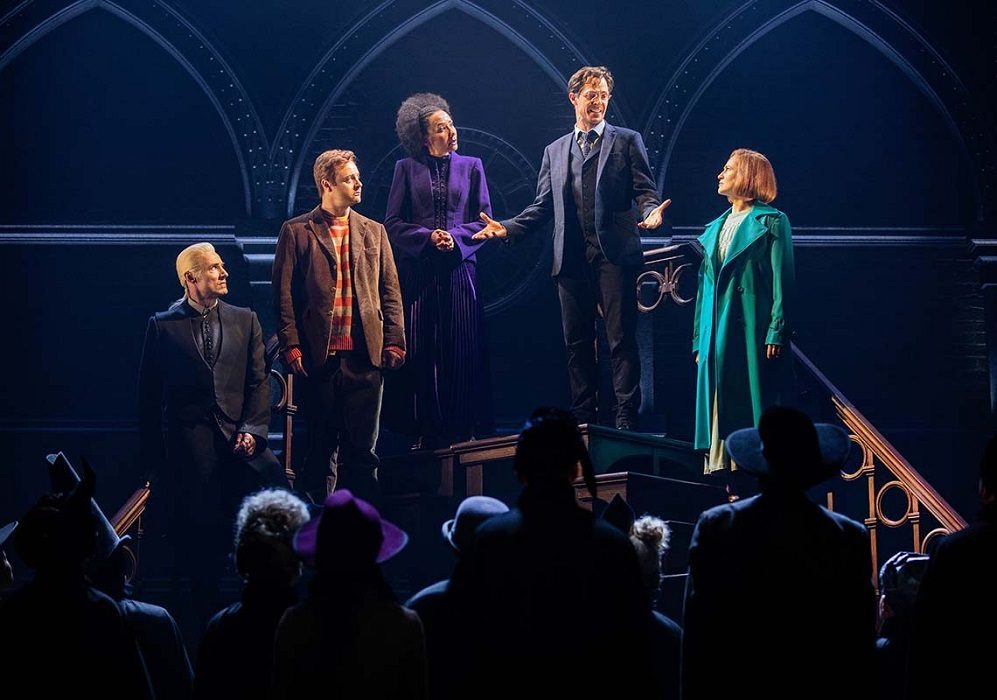 If you’re looking for closure on the Wizarding World created by J.K.Rowling (let’s be honest, who isn’t?), this play, set 19 years after the Battle of Hogwarts, offers that and so much more. Haven’t read the books or watched the movies? Don’t fret, this play doesn’t exclude you and instead, it takes you on a magical journey touching on daddy issues, family bonds and the impact of time.

Without giving too much away. Here are five reasons why this production must be a bucket list item.

Living up to Harry Potter’s reputation is no easy feat, something Albus Potter finds out throughout the play. The almost all Australian cast brings familiarity and relatability that we’ve grown to love as an Australian audience. Lucy Goleby plays a fiery Ginny who is an absolute stand out, bringing to life the character beyond the pages. William McKenna who plays Scorpius Malfoy is a breath of fresh air, taking on the comedic relief with Gyton Grantley who plays Ronald Weasley, the natural comedian brought over from the novels. The familiar rivalry between Harry and Draco is carried throughout the play however threads of maturity is seen, brought about by their sons.

Point #2: The special effects were magical

The sleek combination of magical illusions, expert acting and audio effects recreates the magical world on stage at Melbourne’s Princess Theatre. The ‘magic’ was created through a series of what seemed like trap doors and misdirection but offered the audience a seamless transition between scenes and left us guessing. The ethereal presence of time was felt through the choreography that symbolises the passing of time between scenes.

To create a truly authentic experience, The Princess Theatre transformed into an all-encompassing Wizarding World, all the way down to the light fittings. I felt we had become part of Hogwarts cohort with the decals on the walls featuring the Hogwarts ‘H’ and the antique dragons as light fittings. The merchandise offers all types of keepsakes, each Hogwart’s house memorabilia was on offer and a range for the dark witches & wizards out there. As a true fangirl, I bought a Harry Potter and the Cursed Child t-shirt (AUD $40)

The play brings to life the light and darkness of the Wizarding World through the alternate realities Scorpius & Albus travel to. Of all the mysteries and theatrics this production holds, the hashtag #keepthesecrets endeavours to hold the secrets of the play so not to spoil the excitement throughout the play. So I can’t share too much but I will say, there is no singing as some people had assumed featured in the play.

When the curtain falls between the two shows, keep the story alive by making a stop past the Imperial Hotel some 50m from the Princess Theatre. From the bustling streets of Melbourne, you are instantly transported to Diagon Alley alive on their rooftop bar. Stop by to experience Bourke St Wand Shop and Weasley’s Wizard Wheezes. The bar offers themed alcoholic drinks and a menu offering mischief.

An experience you’ll no doubt remember for a very long time, plus, whoever needed more of an excuse to visit Melbourne for a show? Tickets on sale

2015 was an excellent year for actor Kurt Phelan. After conjuring his inner Patrick Swayze in a national tour of Dirty Dancing he has…