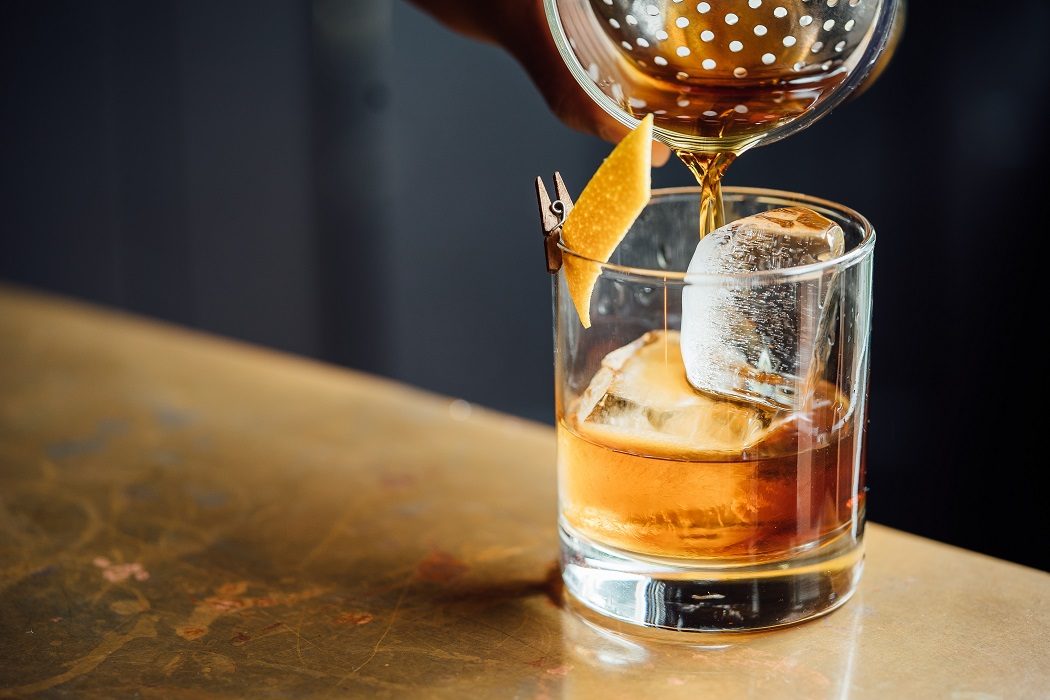 Celebrating all this whisky, Grain Bar’s very own Cedric Mendoza has joined forces for a ‘one-night-only’ Four Bar Takeover with The Elysian from Melbourne, The Gresham from Brisbane and Sydney local, Webster’s Bar from Newtown.

Across the evening you will see Head Bartenders and Whiskey aficionados shake, stir and pour up a variety of curious cocktails including No One’s Pal by Yao Wong to Rye Delight by Jack Stacey, Jammin’ Wit Whiskey by Andy Tsai and Coffee Boulevardier by our very own Cedric Mendoza to name just a few! With names like these, I know these cocktails are one’s not to be missed.

From 5pm – Andy Tsai, Webster’s
Andy Sai, a Bartender at the forefront of what we are calling Newtown’s Whiskey Palace has been mixing it up at Webster’s for 5 years now – “I spent the first few years of my hospitality career in cafe’s, restaurants, and eventually cocktail bars, nightclubs, and whiskey bars, where I immediately gelled with the fast-paced atmosphere & began falling in love with whiskey.”

We’re expecting unique things from Andy, after all he works with a selection of over 500 whiskey’s on a daily basis! Don’t forget to stop by the bar and ask Andy about whiskey’s ranging from rare to unreleased and exclusive drams. With Andy creating a cocktail for one-night-only called Jammin’ Wit Whiskey, we know this is going to be good!

From 6pm – Yao Wong, Co-founder of The Elysian (Melbourne)
With over a decade’s experience, no wonder Yao Wong is considered one of Australia’s most-educated whisky aficionado’s. As the co-founder of The Elysian Whiskey Bar, his second home houses roughly 350 bottles of rare and interesting whiskey’s. Named ‘2018 Whisky Bar of the Year,’ The Elysian certainly has an edge on everything whiskey, and we are very excited to have Yao stirring and creating cocktails in Grain!

From 7pm – Cedric Mendoza, Grain Bar
Fresh from #1 bar in Asia, #3 bar in the world (World’s Best Bars, 2018), the hottest thing to hit the Sydney bar scene, the incredibly talented, our very own, Cedric Mendoza has arrived. Known for his creative, fun and perfectly balanced cocktails, timings align perfectly for Cedric to join the team as Sydney sees a rise of uniquely flavoured drinks. Cedric has wasted no time in experimenting with local Australian produce, particularly Rye’s and whiskey’s. Introducing Cedric’s latest creation, his take on the Boulevardier, with a hint of coffee for the caffeine lovers out there.

From 8pm – Jack Stacey, The Gresham (Brisbane)
With global experience, working at some of the world’s coolest and most unique bars, there’s no question as to why Jack Stacey is working at the coveted ‘The Gresham.’ In 2018 The Gresham was awarded the ‘Bar of the Year’ by the Australian Liquor Industry and Australian Bartender Magazine. And as if they didn’t have enough industry awards under their belt already, in May this year Jack was listed as one of Diageo’s ‘World Class Bartender of the Year.’