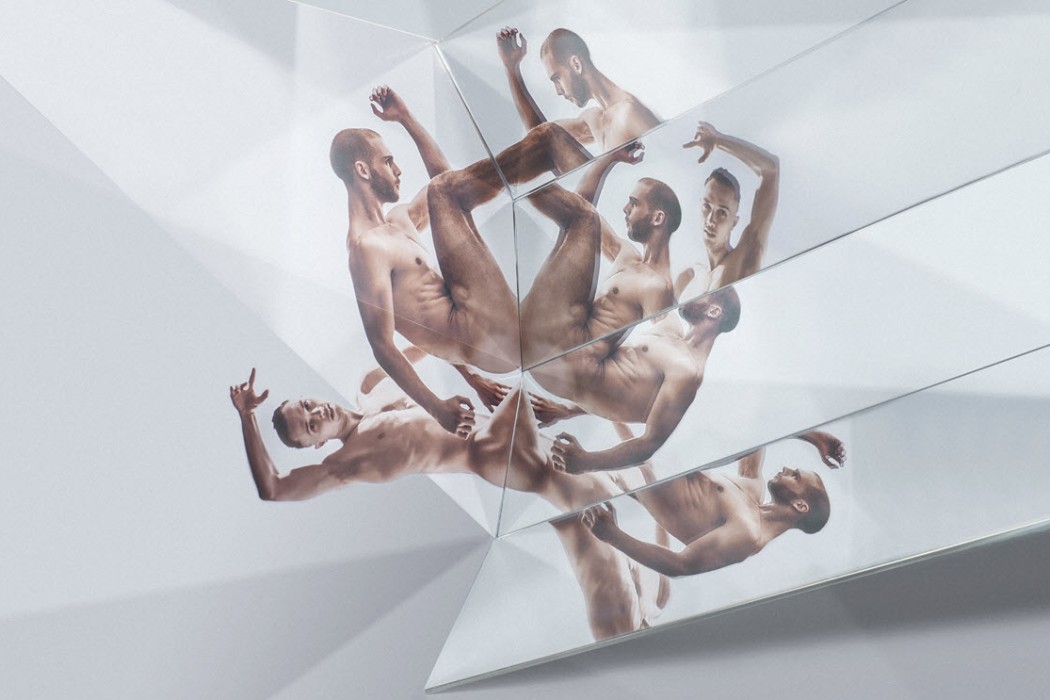 A window to the studio…

In between classes they stand enthralled outside Studios 2 and 3, where the company are in rehearsal, hoping for a glimpse of the action as doors open and close, unaware that the music they hear – strong, emotive, classical, is written by non other than rock guitarists Bryce Dessner from hit US band The National, also a renowned classical composer, working with some of the world’s premier musicians.

Behind the closed doors the music is played over and over, as Rafael Bonachela, in deep concentration, works with his dancers to create, refine, finesse.

It is week three of Bonachela’s development period, an intense six-week block in which he will finalise the choreography for Frame of Mind, 35 minutes of movement set to three tracks taken from Dessner’s 2013 CD Aheym, all performed by renowned San Francisco-based string quartet The Kronos Quartet, with Bryce and his brother Aaron on guitar.

Over the day the rehearsal moves from solos to duets to trios, quartets and ensemble pieces. When they’re not in from of Bonachela, the dancers work individually or in pairs, responding to challenges the choreographer has given them, or pushing their bodies to perfect movements decided on earlier that day or week.

Each morning before the rehearsal starts, and over his lunch breaks, Bonachela makes notes ahead of an upcoming meeting with his creative partners for this dance work – esteemed Australian designer Ralph Myers, Artistic Director of Sydney’s Belvoir Theatre, who will oversee set and costumes, and long time Sydney Dance Company collaborator, lighting designer, Ben Cisterne, who this week was honoured with a Sydney Theatre Award.

It’s just a matter now of working together to resolve how the dance, set and lights will interact, to emphasis the mood and feel of the dance work and pay tribute to Dessner’s music, which Bonachela describes as ‘complex, demanding, driven and glorious’.

‘Every new work that you make, you hope that it’s a step on, from what you’ve done so far,’ Bonachela comments. ‘With Frame of Mind, I’m just really excited by this amazing piece of music, and I’m really connected to the dances in the way that we’re working, so the creative challenges keep getting answered, and we get better at what we do.’

Now in his sixth year as Sydney Dance Company Artistic Director, Bonachela says he is ‘privileged to have a set of dancers in which I can grow as a choreographer, and they grow as performers. Five years on I can read dancers better – the dancers who have been here for five years, I can put people together who I know will have an interesting collision of whatever I’m looking for. And with some new bodies and minds in the mix, there is enough consistency but also something fresh.’

Take the plunge at PARKROYAL Melbourne Airport’s Swim and Lounge Package for only $15, offering more than your standard airport lounge with access to…