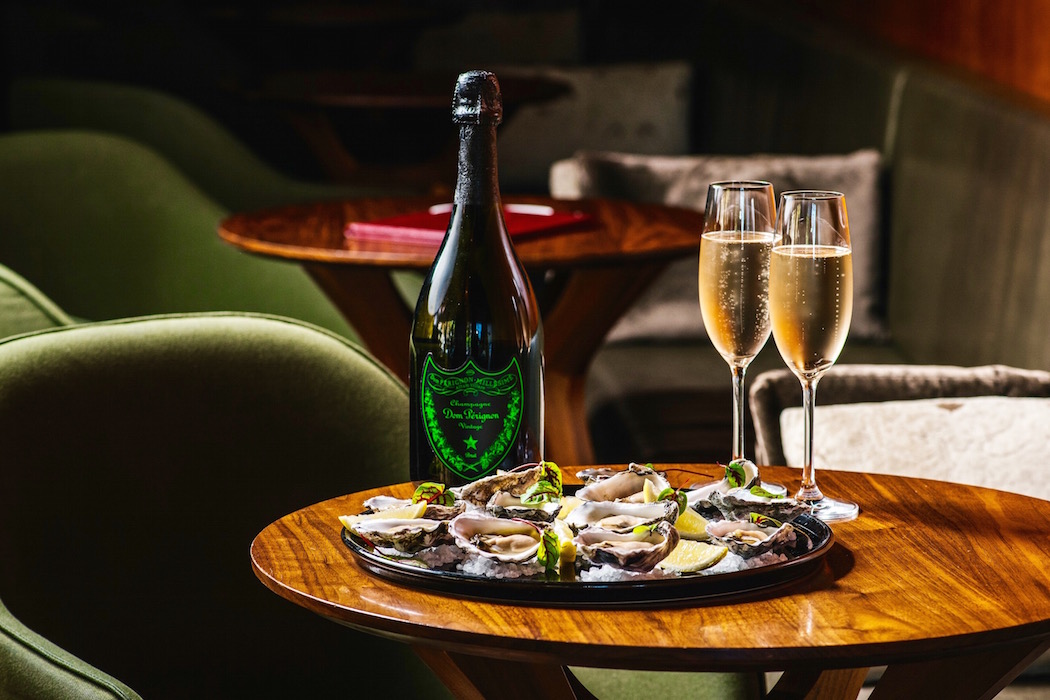 Spectacular harbour views, glowing cocktails and illuminated Dom Pérignon Champagne are just the beginning of the Vivid Sydney experience at Four Seasons Hotel Sydney this year, 26 May to 17 June.

Grain will glow green each night of the festival with an exclusive pop-up Champagne bar serving Dom Pérignon by the glass for $60, and Dom Pérignon Luminous by the bottle paired with a complimentary dozen freshly-shucked oysters for $375.

The streetfront bar will also offer gourmet treats designed to match with Champagne, such as lobster corn dogs with citrus aioli and duck fat fries, along with a Vivid-inspired signature cocktail, Viva Violetta ($18) mixed with purple-coloured locally-made Ink Gin. Festival goers can make a night of it and enjoy uninterrupted panoramic views of Vivid’s colourful projections across the Harbour Bridge and Opera House from one of Four Seasons Hotel Sydney’s harbour view rooms or suites.