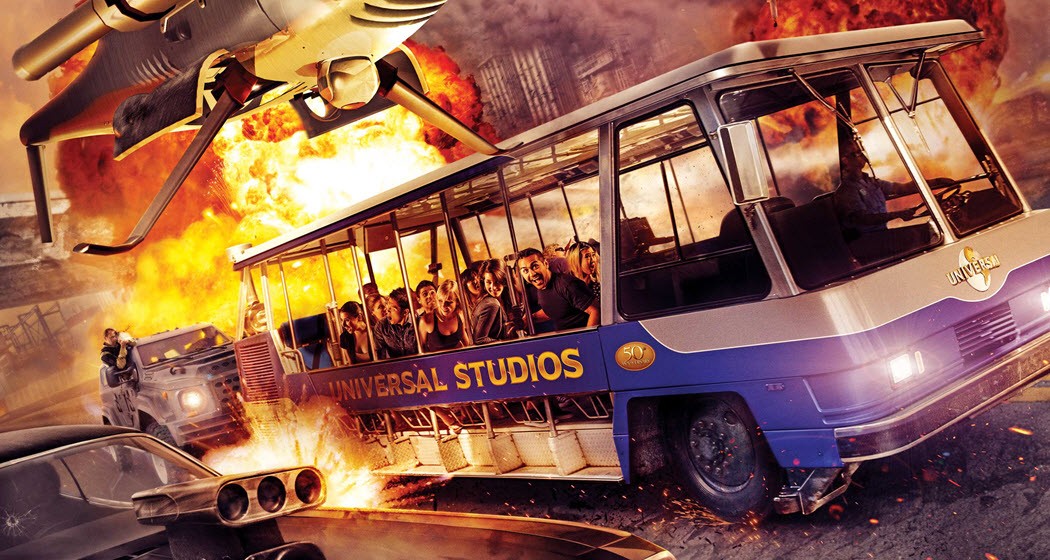 The captivating 90-second behind-the-scenes footage offers insightful perspective on the making of this adrenaline-charged attraction along with interviews with several of the Fast & Furious franchise cast members and stars of the ride, including Dwayne Johnson (Luke Hobbs), Michelle Rodriguez (Letty Ortiz), Tyrese Gibson (Roman Pearce)

“Fast & Furious—Supercharged” is an epic ride that reunites stars from the Fast & Furious series in a groundbreaking mega-attraction. The ride will catapult guests into the high-stakes underground world of fast cars in a harrowing escapade—at perceived speeds in excess of 193 kilometres per hour—to save one of their own from an international crime cartel.

“It’s really a sensory driven experience, and I can’t wait to see what happens,” commented Michelle Rodriguez. Tyrese Gibson added, “Everything about Universal Studios puts you in the driver’s seat to really experience Hollywood.”

The dynamic motion-based ride will tell an original Fast & Furious story that fuses sophisticated hyper-realistic special effects with a state-of-the-art 3D audio system and imagery, projected onto the world’s longest and most expansive 360-degree screen. Spanning nearly 121 metres in length to encircle Studio Tour guests within a newly constructed 6,038-square-metre structure on the legendary backlot, the sprawling custom-built screen will employ 34 projectors and a sophisticated projection configuration system to envelop guests in unprecedented realism.

Coupled with an intense blend of thrilling visceral effects, “Fast & Furious—Supercharged” will take guests on a wild ride that begins the moment they board the Studio Tour tram ride.

Celebrate the 50th Anniversary of the world-famous Studio Tour and hold on tight for the all-new grand finale, Fast & Furious – Supercharged!

Pop up globe brings Shakespeare to life in Sydney

The cast and production came out in full force for the opening night of the pop up globe on Wednesday 5th, in Sydney’s Entertainment…