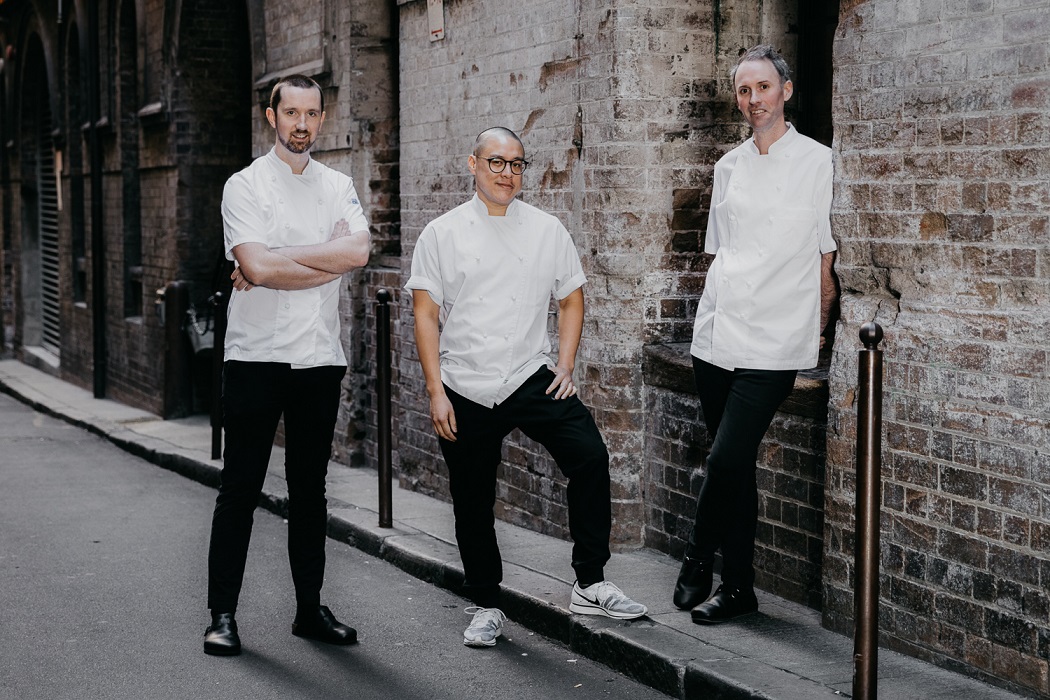 Merivale’s long-standing and ever-evolving Establishment precinct has begun a new chapter in its culinary history, with three new chef appointments and exciting menu developments across the building. Michael Fox joins the group as the new head chef for sushi e, Jacob Davey takes the reins at est. and Dan Hong oversees the wider Establishment portfolio, as executive chef of the precinct.

Justin Hemmes said: “When Establishment opened in 2000, it was a ground-breaking hospitality development, introducing Australia to the concept of multiple venues and experiences within the one premises. 18 years later, Establishment remains a leading Sydney icon at the forefront of Australia’s dining scene with an inspiring new guard of talent leading the charge”.

The famed two-hatted est. is set for an exciting new era in its 18-year history. Jacob Davey has taken over creative direction from industry legend Peter Doyle, who retired from the kitchen in June to head up Merivale’s new apprenticeship programme. Davey has rightfully earned his place at the helm, having worked closely with Doyle for four years at the fine-dining institution.

Davey’s appointment signals an evolution in the est. experience. His new menu marries the precision and simplicity of classic French technique, with fresh and playful Australian flavours, driven by our finest produce, seasonality and multiculturalism.

“I have evolved the menu to feature more interesting proteins and I’ll be taking advantage of the ageing process, where it brings an improvement in flavour and texture. Different, unexpected flavour combinations and the best Australian produce we can get our hands on”.

Snacks like the ‘prawn tartare with chilli and lime’ and ‘crab tart with harissa and almond’ have also been introduced to the tasting menu, and est.’s wine and cocktail lists have been refreshed. The service is relaxed and approachable, while maintaining the timeless elegance that typifies the George Street restaurant. During lunch, guests can now enjoy Davey’s dishes a la carte, providing the perfect opportunity for a quick business lunch in a grand setting.

Starting his career as an apprentice at Adelaide’s Chianti (where he won Apprentice Chef of the Year), Davey went on to work at Taxi Dining Room in Melbourne and two Michelin star Pied a Terre in London under Aussie stalwart Shane Osborn. He returned to Australia to work at Marque where he rose to sous chef and was named Young Australian Chef of The Year at the annual Electrolux Appetite for Excellence Awards, chosen from an esteemed panel that included none other than Peter Doyle.

Fox has worked closely with Dan Hong on the development of the menu, creating a simple yet confident menu that beautifully showcases precision and skill. There is a clear focus on premium Australian seafood – dishes like the ‘konbu cured Hiramasa kingfish with aged ponzu, shiso and sansho oil’, ‘delicate Hokkaido scallop sashimi dressed with the acidity of tosazu, daikon and finger lime’ and ‘crispy tempura sand whiting with shiso and lemon served with aonori salt’.

“We have introduced new flavour profiles and techniques to sushi e. It’s our contemporary interpretation of Japanese food in Australia”, says Fox. “We want to take our guests on an exciting culinary journey each time they visit, offering something that is bold and vibrant, yet familiar”.

Sushi and sashimi are prepared right in front of guests, melding modern and ancient techniques with meticulous precision and compelling theatre – the ultimate sushi experience. The sushi e menu can also be served at the adjoining Hemmesphere where guests can enjoy table service, an expertly curated list of signature and classic cocktails, and an extensive wine and aged spirit list.

Fox began his career at Mount Lofty House in Adelaide Hills, moving up the ranks from apprentice to Chef de Partie in four short years. He earned his international stripes at the two Michelin star Le Manoir aux Quat’Saisons, under the experienced mentor, Raymond Blanc, before returning home for stints at Vue de Monde and Cecconi’s Cantina.\

After head chef roles at Paul Mathis Group and bespoke catering company, Tommy Collins, he relocated to Hong Kong in 2015 to relaunch Cecconi’s. Just six months later, he was approached to take the reins as Chef de Cuisine at the world-renowned Cabone. He was named Young Chef of the Year at the 2011 The Age Good Food Guide Awards.

Dan Hong’s appointment as Executive Chef of Establishment sees him working not only in the kitchens across the precinct, but closely with each of the head chefs at Mr. Wong, est., sushi e, Establishment Main Bar and Palmer & Co. – collaborating with them on their respective menus, and nurturing and developing their individual creativity and talent.

Dan Hong says, “I want to be known for the success of the chefs under me. I get the most joy out of seeing my chefs develop and grow into confident and talented leaders.”.

Many of these leaders have been born in the kitchens of Mr. Wong, and after six very successful years, the restaurant continues to be one of Sydney’s busiest and most coveted dining destinations. Mr. Wong serves an extensive Cantonese menu and wine list until late every night.