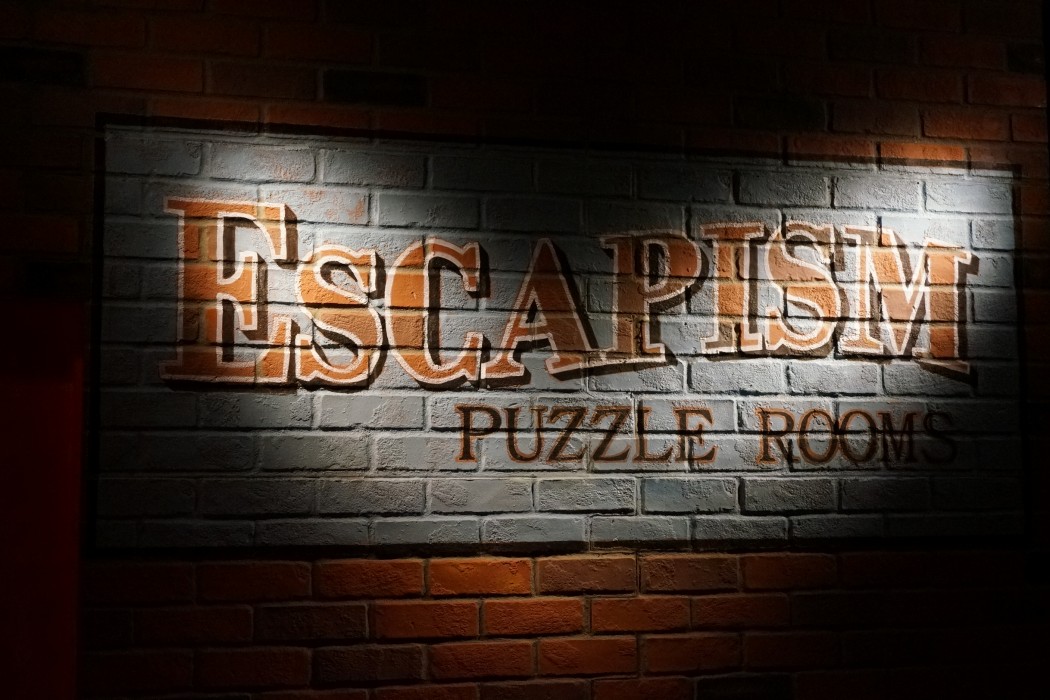 Escapism is a fun interactive real life game, taking place within Strike Bowling in Sydney and Melbourne.  While it looks like any other ordinary room, it’s actually a mystery puzzle.  My friends and I had 50 minutes to find our way out. Everything around us could be a potential clue.

Find the hidden objects, solve the riddles and beat the clock.

To set the scene, we had to lose all communication of the outside world. Yep, our phone, cameras, Google, THE internet. Haha – you would think five guys could solve puzzles right?…

We were blindfolded and escorted into a room where were given instructions and then we heard the door closed behind us. The time was ticking and we had to move quickly before the time runs out.

The game is designed for intense cooperation and working together.  Perfect for team building activity.

Back to the room, we took off our blind-fold and we “awaken” into a room that looked like someone has set up a picnic for us. The first clue was a riddle that laid on the picnic rug…. Sorry people, that’s all I’m going to tell you, don’t want to spoil the fun.

Seriously, thinking that Strike offered three rooms all with different levels of brainpower required, and we were given the easiest of the three. We were no Hardy Boys at all, I think we were more The Little Rascals that scattered and looked for every clue under the sun and tried to piece it all from there.  Not the best approach, but fun nevertheless.

Luckily, if you are feeling a little (using the word lightly) ‘frustrated’, we were given a secret phone to ‘call for hints’.

Once all challenges are complete, only then can you “escape” the room.

Only we had five maybe seven more minutes, we would have cracked the last code and escape.

If you or someone that you know loves a challenge, like answering riddles and wants to put your brain cells to the test, then this is the game for you.

After we were released from the room, there is no better way then to discuss what we could have done better than at the bar.  Better still, continued the evening and played a couple rounds of ten-pin bowling.

The Garden
You wake up in an enchanted garden, it’s no dream.  You need to get out before you are trapped forever in the garden.

Difficulty 7
Players 2 – 8
Suitable for players of all ages

Forensic
You are part of a team of investigators on the trail of a serial killer.  You are close to identifying him and he knows it.
Can you catch him before he gets you?

Butcher’s Burrow
You’ve been kidnapped and chained up. You can smell the fear in the room.  How and why did this happen?  There’s a severed hand on a plate.  You might be next. Now is not the time to be afraid.

Scenic helicopter flights, outback horse-riding, wine tasting and vineyard tours are just some of the experiences you book as part of your stay at…