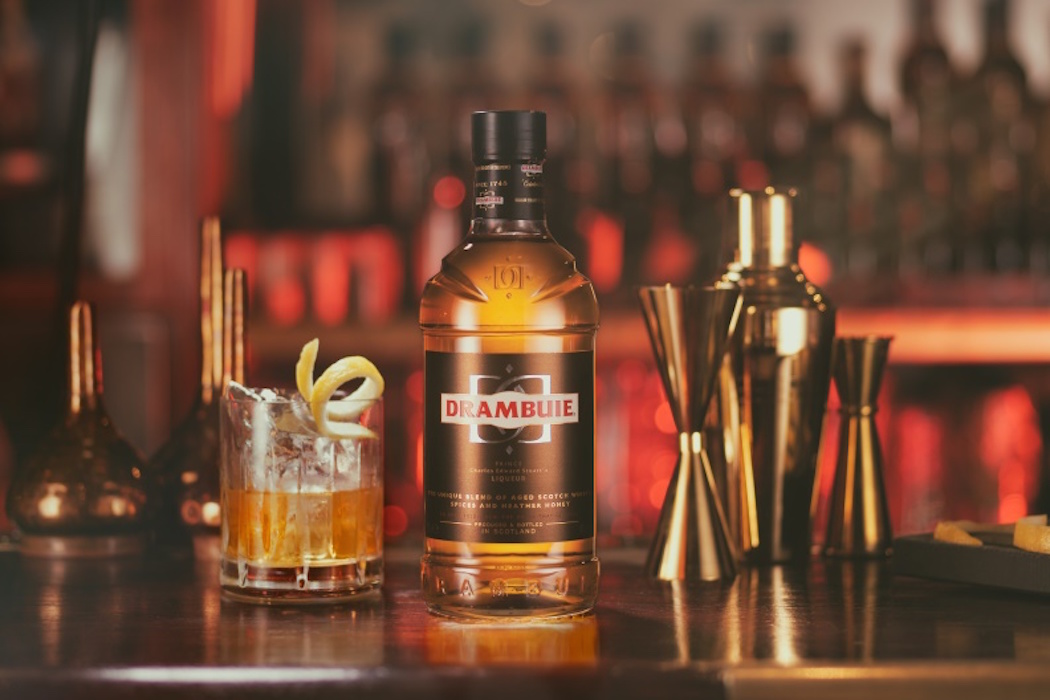 Drambuie, the infamous Scotch Whisky Liqueur, has announced an official relaunch of the brand including the introduction of a three month event, ‘A Night with the Nail’, hosted each Thursday at The Swinging Cat located on King Street in Sydney’s CBD.

A ‘Drambuie-themed’ evening to promote the revival of its most famous serve, The Rusty Nail, along with a range of new Drambuie cocktails. Bar-goers will be treated to an exclusive Drambuie experience and live jazz music as they enjoy the moody vibes of the sophisticated and dimly-lit underground space that is The Swinging Cat.

The Rusty Nail is a timeless whisky cocktail born in the infamous New York nightclubs of the early 60s and served at the renowned ‘21 Club’ frequented by Hemmingway, Marilyn Monroe and Frank Sinatra. Took a while to find its proper place in the world. The combination of Drambuie — the world’s most distinguished Scotch-based liqueur — and the whisky it’s made from is a natural one, and yet diligent research (more or less, anyway) has failed to turn up any mention of it during the first 28 years of Drambuie’s existence as a commercial product.

At a time when the legendary carousing of the Rat Pack came to prominence, the Rusty Nail was adopted by the scene, confirming the drink’s iconic status and establishing its place in pop culture history.

With one part Drambuie, two parts Scotch Whisky and a lemon twist over ice, it’s a simple yet rewarding cocktail that sits alongside the Martini, Negroni and Old Fashioned as one of the classics of the cocktail world. Oozing timeless cool, each sip conjures up the image of those smoky lounges, iconic characters and the free-living optimism of the 1960s.

An iconic spirit with a storied past, Drambuie has always been at the heart of cocktail culture; through prohibition (Drambuie was dropped off on the East Coast in wooden cases that would float on the sea before being picked up and smuggled into the US), the 60s New York club scene, and up to the present day.

The exact recipe for Drambuie has been a closely guarded secret since it was brought to Scotland in 1745. The process by which Drambuie is made has remained largely unchanged over the years and remains top secret, known only by two people in the company to this day.

The mystery surrounding The Rusty Nail is similar in sentiment. Some say the serve got its name from immigrant Scot bartenders stirring the cocktail with a rusty nail before serving it to their American patrons, however it most likely gets its name from its rusty, amber colour.

Consumers will be beckoned into the enigmatic world of Drambuie at A Night with the Nail, which will concentrate on the heritage of the jazz-influenced cocktail generation stretching back to the Rat Pack era and the Rusty Nail, but is just as prevalent with today’s cocktail culture, swinging nightlife, and universal world music appeal of the ‘jazz life’. Patrons can also expect to hear a few calls from the Drambuie ‘Barkeep’s Phone’, which will ring throughout the night. Whoever answers first receives a round of Rusty Nail’s for themselves and their group on the house.

Bar-goers will also be in the running to win a Rusty Nail Kit including a bottle of Drambuie, a bottle of Monkey Shoulder Scotch Whisky, a mixing spoon, ice mould and tumblers, by uploading a social pic of themselves enjoying a Rusty Nail with the hashtag #nightwiththenail.

Drambuie is an extraordinary blend of aged Scotch whisky, heather honey, spices and herbs. It is a unique spirit that offers drinkers an extraordinary taste experience. Drambuie is a bright, deep golden colour, with the aromas of aged malt whisky combined with a mix of floral and herbal overtones and rich honey. The flavour provides a kaleidoscopic taste sensation, a complex arrangement of herbal, spicy, sweet and honey notes. It’s voluptuous, mellifluous and full bodied.

Smart Light Bulbs will be available at the everyday pricing of $10, putting this technology in the same price bracket as non-Smart lightbulbs while…