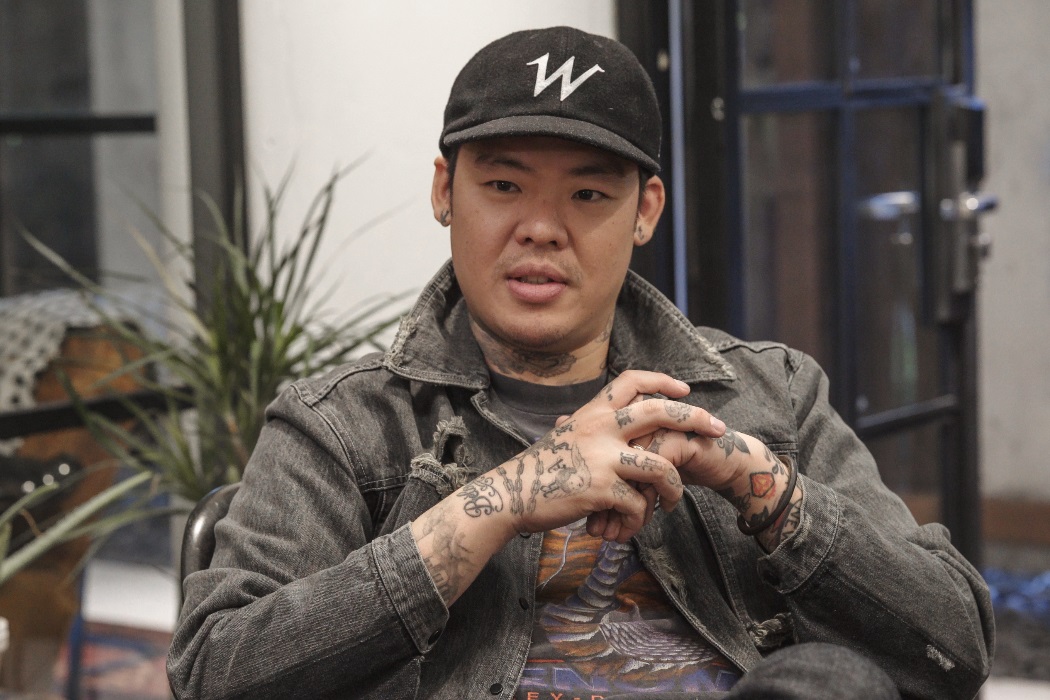 He’s been called “the most in demand tattooist in the world” and now legendary Los Angeles tattoo artist Dr. Woo, will be visiting Australia for the first time ever, hosting a one-day residency in Sydney on Saturday 18th November. With a full day of free tattoo appointments up for grabs at his pop-up parlour, fashion-forward Aussies can join an impressive list of Hollywood royalty that have been inked by Dr. Woo.

In collaboration with Discover Los Angeles, Dr. Woo is in town to shine a light on the edge and depth of the iconic city’s creative scene. With three in ten Aussie Generation Ys (aged 22-36) sporting a tattoo, it’s not surprising that ‘tattoo tourism’ is on the rise, becoming an important subculture that can be discovered in the ‘City of Angels’. Brian Woo, aka Dr. Woo himself, receives hundreds of emails a year from Aussies enquiring about his services.

Just this month, Billie Lourd paid homage to her mum Carrie Fisher with a bespoke Star Wars inspired detail-laden design, inked with a single needle, that has become synonymous with Dr. Woo’s aesthetic.

Following a ten-year stint at Shamrock Social Club on Sunset Strip, Dr. Woo’s Sydney visit corresponds with the one-year anniversary of opening his own private shop, titled HIDEAWAY at Suite X, holed up in the iconic Hollywood Roosevelt Hotel. Once home to Marilyn Monroe, the landmark hotel provides Dr. Woo with a secluded and discreet space, where he can service his appointment-only clients in total privacy. In fact, the studio’s location is only revealed once a long sought-after appointment has been confirmed.

Dr. Woo said: “I’m a proud Angeleno. I draw inspiration from L.A. all the time: the weather, the culture, the people. I really feel that I represent, in my art, the city that I’m from, whether it be palm trees, the beach, the ocean. A lot of people associate those motifs with Los Angeles.”

Dr. Woo believes that tattoos are mainstream. He comments: “We used to call the big visible tattoos ‘job stoppers’ but this is no longer the case. Tattoos are the new normal. You are almost square if you don’t have one. Australia has a similar outdoors lifestyle, so I’m not surprised to hear that tattoos are so warmly embraced, just like in Los Angeles. I’ve never been to Australia before so I’m looking forward to checking out the local scene and leaving behind some of my designs.”

Jamie Foley, VP of Global Communications for Discover Los Angeles commented: “L.A’s creative scene has long been celebrated thanks to its reputation as the iconic home of filmmaking, a thriving live music scene, cutting-edge design and more galleries and theatres than any other US city.

“Our street culture is another facet where you can truly immerse yourself in the city’s heartbeat. With over 140 countries represented across 30 diverse neighbourhoods, street art, fashion and tattoos reflect the many ways that Angelenos choose to express themselves and their cultural roots. We welcome Australians to discover our city and create their own L.A. story.”

Saturday 18th November 2017
Registration from 9am. Winners will be announced at 10am following a lottery draw. Winners must be available for an appointment that day.
Hunter and Fox Tattoo: 422 Botany Road, Beaconsfield

Unusual places to spend in the night

Have you ever stayed at a place where it was very unusual. A private treehouse, an igloo, an ice hotel, caravan to pitching a…