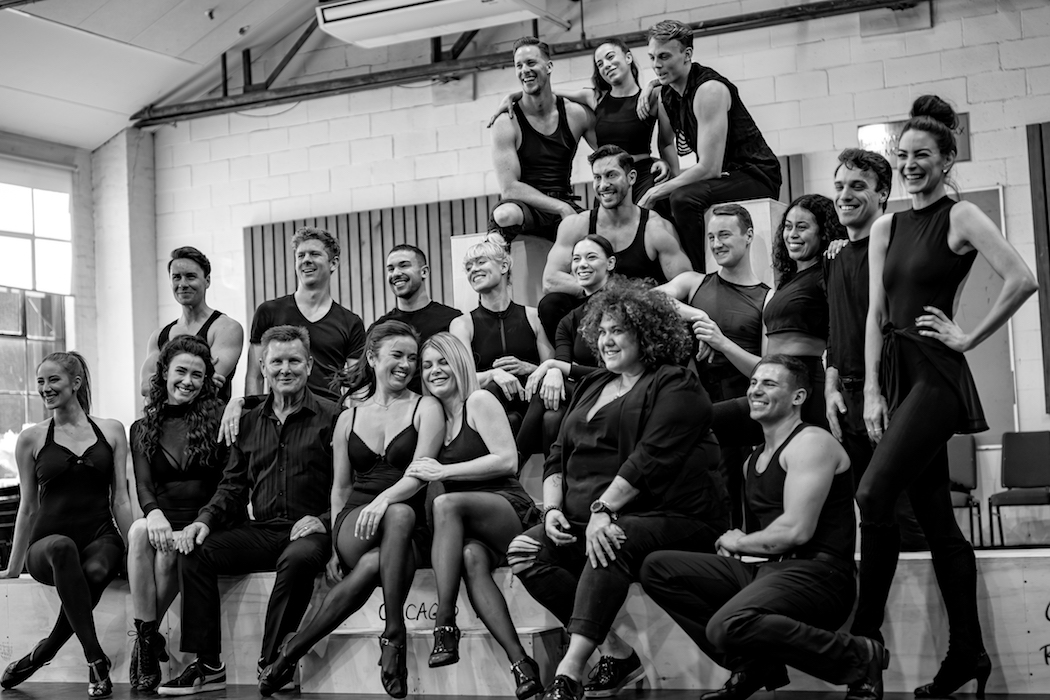 Following on from good ol’ Raf inviting me to attend Zirk Circus I was last week invited to join the theatre. As a food and film critic theatre falls into place as my third favourite form of entertainment. I was invited along to view and photograph rehearsals for the upcoming Musical CHICAGO.

I got to watch four musical numbers and had my mind blown at such amazing talent. We viewed rehearsals in a plain dance/ rehearsal studio, I cannot contain my excitement at how dazzling it will be with props and costumes.

The cast was a talent-filled delight and we’ll see the gorgeous, looking-younger-every-time-I-see-her Natalie Bassingthwaite play the sassy Roxie Hart and the most amazing Alinta Chidzey will be jumping into the skin of the empowered and glamorous Velma Kelly. Rounding out the lead cast will be a hero of mine, Tom Burlinson as the cunning and charismatic Billy Flynn – it should be noted in Melbourne Aussie icon Jason Donovan will be playing Billy. Burlinson was the school captain at my high school the year before I started, I worshipped him in THE MAN FROM SNOWY RIVER and its sequel (still in my Top 20 Movies of all time) and when I was in Year 8 he came to my high school barn dance and cracked the bullwhip, not a metaphor! I still have two autographs I got way back then in 1985. As you can imagine, I was fanboying.

And finally, the most epically talented Casey Donovan will be bringing the house down as the most perfectly cast Matron “Mama” Morton. Her rehearsal song had media and cast exploding into applause and adulation. I am astounded at the power and heart in her voice, just remarkable.

Set amidst the razzle-dazzle decadence of the 1920s, CHICAGO is the story of Roxie Hart, a housewife and nightclub dancer who murders her on-the-side lover after he threatens to walk out on her. Desperate to avoid conviction, she dupes the public, the media and her rival cellmate, Velma Kelly, by hiring Chicago’s slickest criminal lawyer Billy Flynn to transform her malicious crime into a barrage of sensational headlines, the likes of which might just as easily be ripped from today’s tabloids.

Written by guest contributor: Jason King from Spooning Australia. A food loving, wine obsessed, restaurant indulging foodie that has been known to experience the occasional foodgasm.

All images by Jason King

Nowadays, people travel to a destination or stay at a specific place because they have found it through social media. Sure, we all want to…