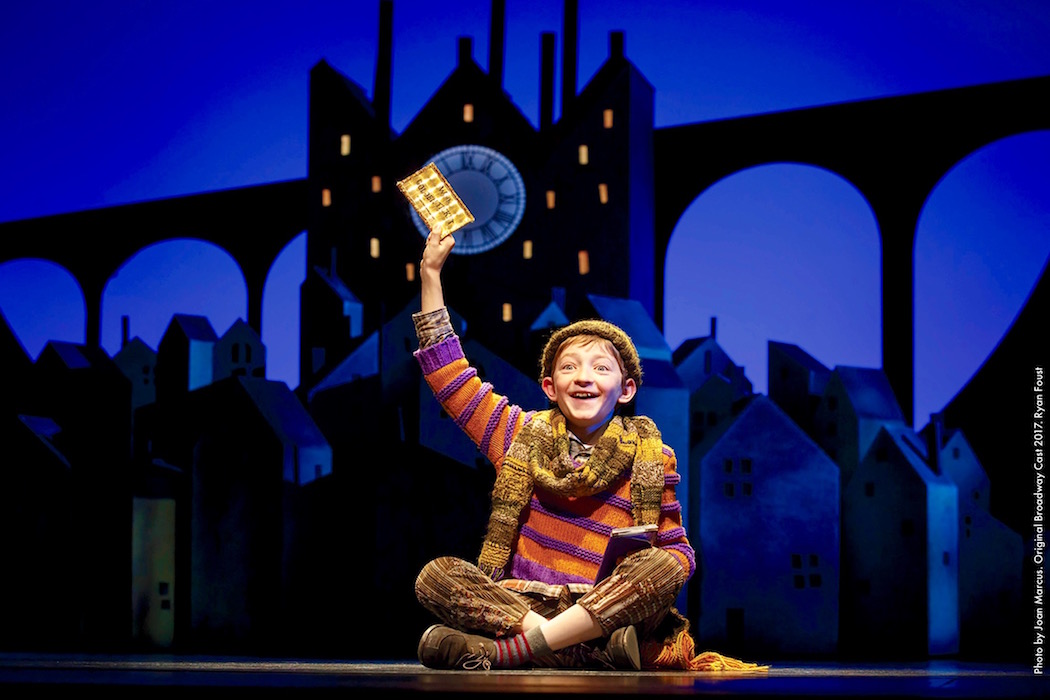 Step inside a world of pure imagination. Roald Dahl’s Charlie and the Chocolate Factory is the perfect recipe for a delectable treat: songs from the original film including “Pure Imagination”, “The Candy Man” and “I’ve Got a Golden Ticket”, alongside a toe-tapping and ear-tickling new score from the songwriters of Hairspray.

“Sydney has a huge treat in store next summer, and it’s a magical concoction ready to satisfy any sweet tooth looking for a golden ticket. The world fell in love with Roald Dahl’s bewitching tale when the book was released, then filmgoers adored the 1971 film with Gene Wilder. Now prepare to be enchanted by the story once again on stage,” said John Frost.

*video courtesy of Charlie and the Chocolate Factory Broadway

The Australian premiere has been secured exclusively for Sydney by the NSW Government’s tourism and major events agency, Destination NSW and will be a major drawcard for visitors to NSW.

Charlie and the Chocolate Factory is perhaps Roald Dahl’s best-known story and has proved to be one of the most enduring children’s books of all time. The story of Charlie Bucket, the five Golden Tickets, the Oompa-Loompas and the amazing Willy Wonka has become firmly embedded in our culture since it was first published in 1964. Conservative estimates suggest the original book has sold over 20 million copies worldwide; it is now available in 55 languages.

Roald Dahl began working on Charlie and the Chocolate Factory in 1961, but its origins can be traced all the way back to Roald’s own childhood. In his autobiography, Boy, he tells us how, while at school in England, he and his fellow Repton students were engaged as ‘taste testers’ for a chocolate company – something that seems to have started him thinking about chocolate factories and inventing rooms long before Mr Wonka was on the scene. But when he came to write Charlie and the Chocolate Factory, the story went through several drafts until the story as we now know it was released in 1964.

Dahl wrote the screenplay for the film release of Willy Wonka and the Chocolate Factory, starring Gene Wilder as Willy Wonka. It was a process that came with some difficulties, but the film went on to become a classic, with its now-iconic depictions of many of the story’s key elements, from Golden Tickets to Everlasting Gobstoppers. In 2005, 15 years after Roald’s death, renowned filmmaker Tim Burton released his own adaptation of the book. His Charlie and the Chocolate Factory starred Johnny Depp as Willy Wonka. In 2010 The Golden Ticket, an opera based on the story composed by Peter Ash with libretto by Donald Sturrock, premiered in St Louis, USA. Then in 2013, a new musical production opened in London’s West End, directed by Sam Mendes and starring Douglas Hodge as Mr Wonka, where it ran for over three and a half years, with a reworked version opening on Broadway in April 2017 directed by Jack O’Brien.

Now it’s Australia’s chance to experience the wonders of Wonka like never before – get ready for the Oompa-Loompas, incredible inventions, the great glass elevator and more, more, more at this everlasting showstopper!

Charlie and the Chocolate Factory Musical
Waitlist now for tickets at CharlieTheMusical.com.au
Optus customers will have the first access to tickets with the Optus Perks presale. Presale details will be announced soon.

Oyster Festival returns to The Morrison

Now in its sixth year, Oyster Festival will return to The Morrison Bar and Oyster Room for the month of August. Promising to shuck…