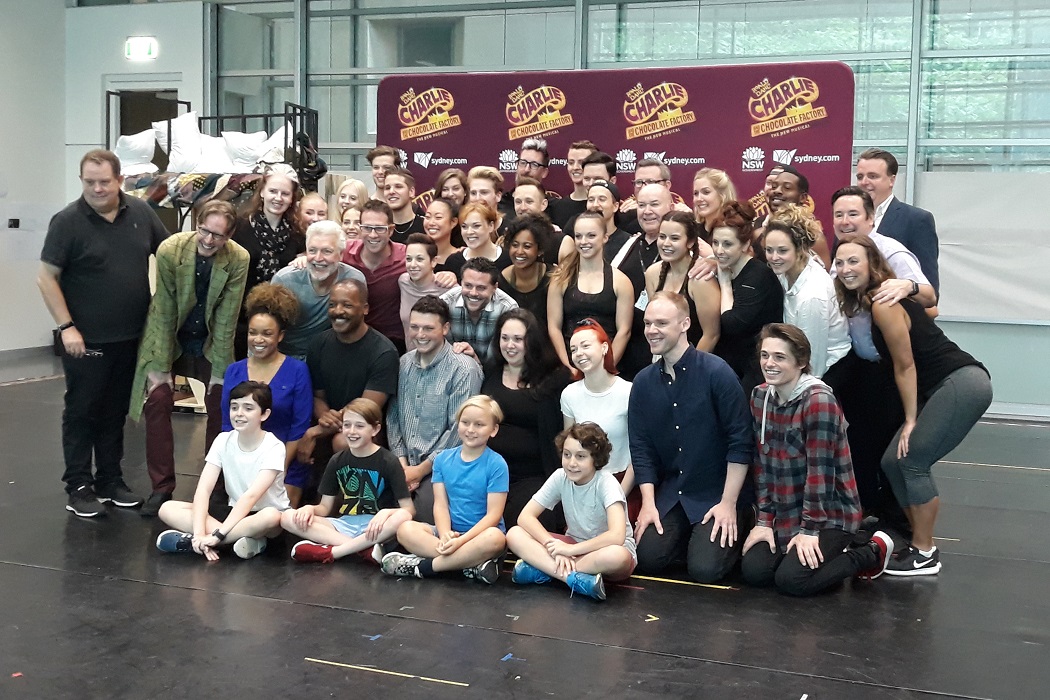 The beloved children’s story “Charlie and the Chocolate Factory” will be on the big musical stage in Sydney in 2019 and offer all big and small children the chance to witness an unforgettable show. I was invited to preview a few numbers from the musical at the media rehearsal and was impressed by the performances after only one week of rehearsing.

Unlike millions of people, my only exposure to the story was the 2005 movie with Johnny Depp, so the expected feeling of nostalgia wasn’t there for me. However, it certainly was for the people around me. I have been to a few media rehearsals and this one was definitely the one, with the most excitement in the air and the most applause after each number.

Willy Wonka will be played by Paul Slade Smith, who seems very well suited to the role, especially in the costume. Charlie will actually be played by four different boys, which gives all other actors the opportunity to rehearse the parts that involve Charlie four times as often as they normally would.

After the rehearsal I was also able to talk to a couple of actors about their roles. First I talked to Harrison Riley, who will take on the role of Mike Teavee in the musical. I must say, that I was a little bit surprised by his age. He looks very young for 19, but his youthful appearance suits the role very well.

Mike Teavee is his first big professional role for Harrison and will hopefully open up many doors for him. He explained that he always connected to the character of Johnny Teavee, of course not the bratty side, but the obsession with games “Harrison grew up with the story and despite his nervousness during the interview, he exclaimed that “Musicals are his dream, [he] has a lot of energy and [is] a little hyperactive”

After that I talked to Tony Sheldon, a veteran of the musical industry, who plays the character of Grandpa Joe. During the interview with the very calm and collected actor, I discovered that he hadn’t had any exposure to the story until six weeks before the start of the rehearsals. When I asked him if that created problems for him to find footing in the role, he answered very succinctly, “I have played grandfather types before. The most important thing to know is, that he [Grandpa Joe] loves Charlie”

And with that Tony Sheldon had not just summarized his character, but also the story. Despite all the craziness, Charlie is successful because he grew up in a family were he was presented with unconditional love and support for each other.

I believe that the musical will be spectacular to watch for young and old and will invoke nostalgic feelings in everybody who grew up with the story. A definite must see for fans of the story and musical fans alike.