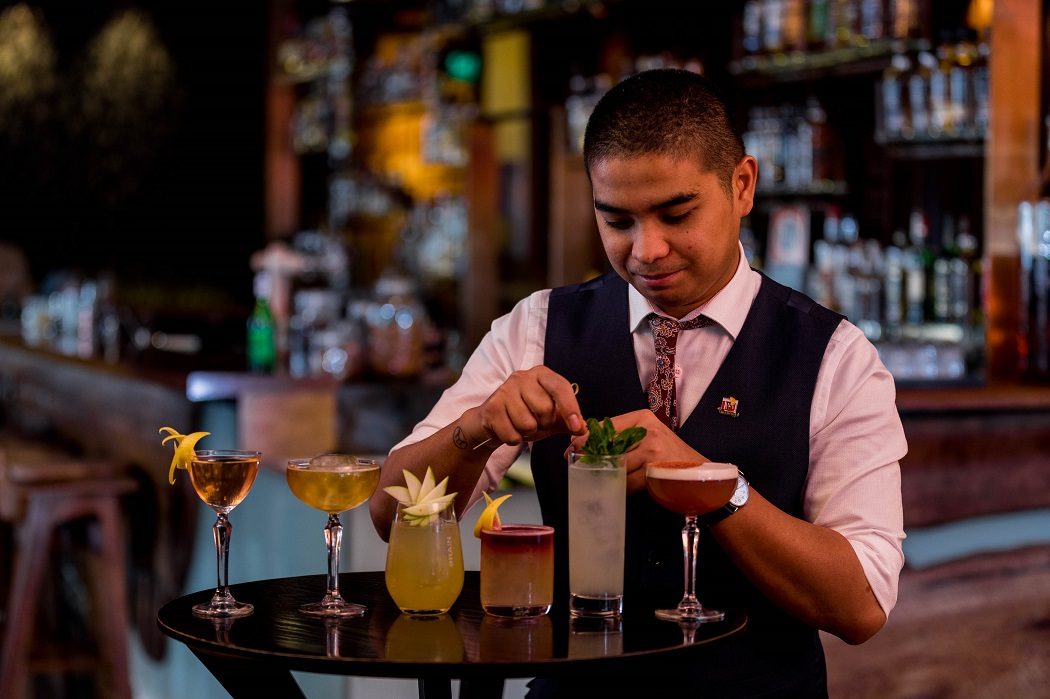 This won’t be Cedric’s first time behind the bar in Grain as he joined the team for a Manhattan x Grain bar collaboration late 2018.  Here he got his first taste of Sydney bar life and a passion was instilled in him for the Australian sun, beaches and relaxed way of life.

When talking to Cedric about what excites him most about his new home Sydney and role, ‘the Sydney bar scene is evidently one of the most diverse and fascinating I have visited so far in the world – 25 countries and counting.

Starting with Manhattan from the ground up under the reign on Phillip Bischoff, the fundamentals of bartending are instilled in Cedric as well as new-age techniques and craftsmanship.  He is excited to leverage these techniques in the land down-under and share his ideas and experiences he has acquired throughout his years at Manhattan Bar.

“Hotel bars are making a comeback in the Sydney nightlife scene and quite rightly so.”

Known for his creative, fun and perfectly balanced cocktails, timings align perfectly for Cedric to join the team as Sydney sees a rise of uniquely flavoured drinks.  Cedric has wasted no time in experimenting with local Australian produce.  It was only last week we found him stirring Kangaroo soaked in mezcal as he prepares for ‘Rye July’ a campaign Grain plans to launch in a few months’ time.  I am excited to showcase some amazing Whisky’s (his personal favourites) alongside Rye Vodka, Rye Gin’s and more…

When talking to Cedric about his favourite drink – in true Cedric fashion, he has one for every day of the week. I guess you wouldn’t be internationally acclaimed without that right?!

“I believe a drink of choice comes down to the destination and day of the week. I don’t like to play favourites and every day of the week inspires me differently.  Mondays are best for daiquiris, light, fresh and good start to the week. Tuesday and Wednesday’s are hard to get by therefore an Old Fashioned or Manhattan is the perfect cure. Thursday’s we take things up a beat in preparation for the weekend with a Whisky Sour and Friday’s are a call for celebration with a Negroni in hand. Weekends are the days for breaking rules, so mix things up, try new flavours and a new style of drink – you never know how much you may end up like it!”

Bar Manager Roderick Boerma says ‘Cedric’s appointment and venture down under is exciting for the bars industry, hotel bars in Australia are due for a comeback and that’s exactly what Cedric’s here to do.’

Grain bar is open from 2pm till late at the Four Seasons Hotel Sydney.