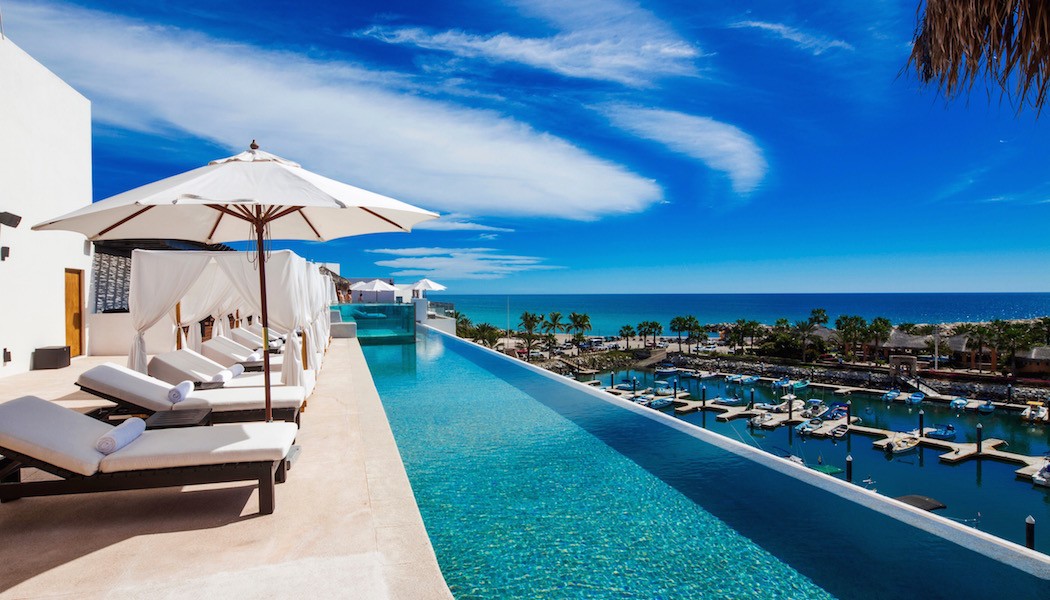 Casa del Mar Golf Resort & Spa and Hotel El Ganzo, two of Los Cabos, Mexico’s most beloved properties, bore considerable damage when Hurricane Odile hit the destination last September.  This October however, the hotels will be back in a big way as they proudly announce that they will each re-open their doors.

The news is good for travellers who came to love Casa del Mar and its hacienda-style interiors and warm, gracious service as the reopening also signals a return to the halcyon days of this much-loved resort. Casa del Mar will no longer offer an All-Inclusive option but the European plan for guests, and this boutique gem, with its 54 oceanfront guest rooms, is a haven for couples, families, spa-goers and golfers, with access to three championship golf courses, a state-of-the-art spa, and an expansive beachfront location along Cabo’s famed Corridor.

Hotel El Ganzo, which made a huge splash when it opened in 2013, is also returning with enhancements to service and amenities, but with its artistic core intact: El Ganzo will still be the artistic retreat that travellers adored, with its underground recording studio, rooftop infinity pool and glass-enclosed Jacuzzi, and an ongoing schedule of artists and musicians in residence who each made their mark on the experience.  The hotel is located at the base of the Puerto Los Cabos marina in San Jose del Cabo, and guests are encouraged to hop on one of the hotel’s bicycles to explore the surroundings, including nearby Wirikuta gardens, the Dolphin Discovery Center, and the sculpture garden along the way.

"Our passion is all about bringing joy to movement

An evening with Mr Black

The Dark Side of Coffee. Mr. Black is the original cold press coffee liqueur – a bitter, intense spirit and coffee creation not intended for…