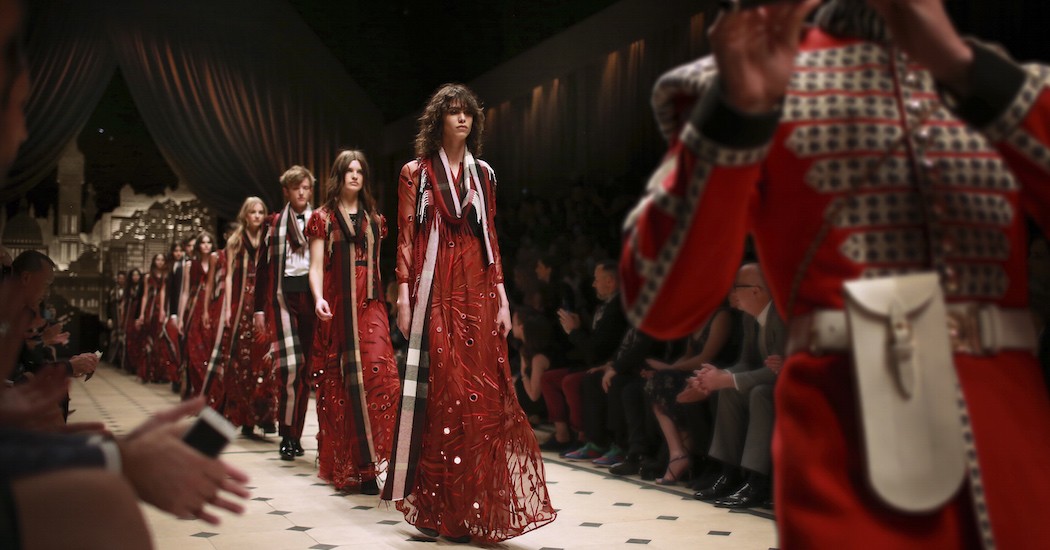 “Tonight we were proud to celebrate fashion, music and Britishness at the iconic Griffith Observatory. It was a privilege to be here with so many friends in such a wonderful city and the home of our new Rodeo Drive store.”  Christopher Bailey, Chief Creative and Chief Executive Officer

British luxury brand Burberry celebrated its London hometown in Los Angeles, the heart of the entertainment industry, with an event at the iconic landmark Griffith Observatory. Celebrating fashion, music and all things British on 16 April 2015.

The evening began with guests entering a specially created English garden through wrought iron Georgian gates, inspired by the Royal Parks of London. The landscaped garden, filled with British lavender and roses, provided the perfect setting to watch the sun set over the Hollywood Hills.

The show closed with a collection of exclusive eveningwear, featuring floor-length tulle dresses with cut-out waistcoats and silk thread embroidery for women and slim-fit velvet tuxedos with grosgrain details for men. The finale featured a surprise runway appearance from British film and television star James Corden.

As the show ended, the First Battalion Grenadier Guards entered the space, which opened up to reveal the iconic Griffith Observatory at the end of the runway.

The 19 guards, performing with drums and flutes, led the models and guests outside on an extended runway, leaving the backdrop of the London skyline behind them.

An evening of fashion, music and Britishness at the iconic Griffith Observatory. The show featured the Autumn/Winter 2015 collections, The LA Runway Exclusives and performances from Clare Maguire, Tom Odell, George Ezra and Benjamin Clementine.

Watch the highlights of the event.

"Our passion is all about bringing joy to movement

Stay for the food with AYAM

Chinese New Year celebrations are well underway. From Friday 16 February, Sydney will transform into a sea of red with vibrant lantern displays and…