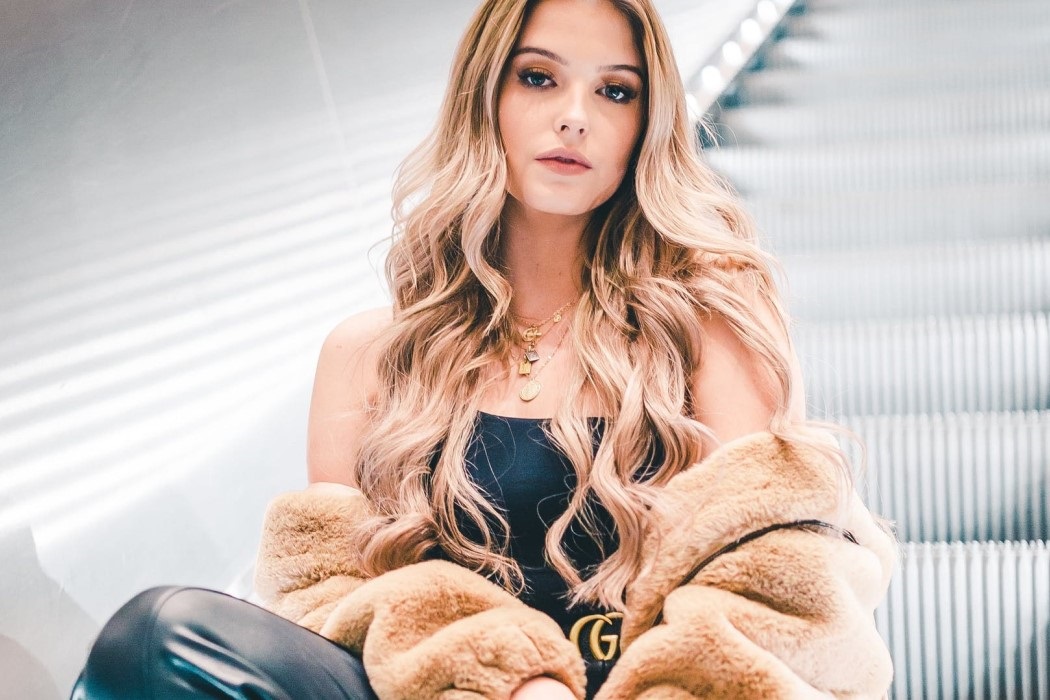 Australian pop artist, Brittany Maggs has launched her latest single, ‘Reasons’, a heart-wrenching power ballad that is both modern and emotive in it’s delivery. The track co-written by Brittany and members of Sony Music’s new super group ‘Darling Brando’, tells an familiar story of longing for a love that no longer exists.

The track co-written by Brittany and members of Sony Music’s new super group ‘Darling Brando’ is reminiscent of 80’s era anthems like Heart’s ‘All I wanna do is make love to you’ and more recently Ellie Gouldings smash hit ‘Love me like you do’ and tells a familiar story of longing for a love that no longer exists.

Hailing from Sydney’s North West, this 19-year-old – although fresh faced and sweet is far from an amateur! The past 2 years of her life were spent amongst the hustle and bustle of the Los Angeles studio scene where she earned her stripes under the guidance of some of the biggest names in the game!

We got an exclusive with Brittany whilst on tour.

RR: So you’ve just realised a new single, ‘Reasons’, what inspired this song?
BM: Reasons is written about trying to chase a love that is no longer there. I wrote reasons while I was going through a breakup and it was really a way of expressing all of my emotions at the time and making myself deal with them in that moment. I wanted to write about the breakup but I also wanted to show the other side of a relationship. A lot of people don’t take responsibility for their side of it not working and I wanted the song to reflect this. Reasons is about accepting blame but also just wishing things turned out differently.

RR: Tell us about your new EP and the songs on here?
BM: My EP ‘From Me To You’ is a very special project that I worked on alongside some of my closest friends. It tells a story about heartbreak, learning to love yourself and just having fun in the life you live. I think it’s a good mix of emotions and fun, so I think there is a track for everyone on there.

RR: Is an album in the works?
BM: I am about to start working on an album so I guess you could say one is the works. I may or may not have just recorded and finished my next single… watch this space!

RR: How are you enjoying touring with Dami Im and what’s it like touring around Australia?
BM: Dami is so incredible! She’s so talented and just really down to earth. Being part of this tour is a dream and I’m so lucky that she is so kind and always down to have a chat. Touring around Aus is so much fun because I’m getting to see a lot of places I haven’t been to before and I’m getting to do it alongside my family too which makes it so much more fun.

RR: Who are your biggest musical inspirations?
BM: Some of my biggest inspirations would be Ariana Grande, Ed Sheeran, Beyoncé, Adele and Miley Cyrus. I think lyrically they all write such amazing songs and are all such strong performers and artists.

RR: Tell us about your time in LA and what you got up to?
BM: I was back and forth from LA from the age of about 15 for around 3 years, which was such an amazing experience. I learnt so much from all the different producers and writers I worked with and they all showed me something different about the industry and how to be unique within such a competitive industry. I worked in a lot of different studios too so I was able to meet an array of really cool people. I don’t think I would be where I am today if I hadn’t learnt everything that I was taught when I was over there. I’m so grateful for everyone that taught me something during my time in LA and I am so lucky I got to learn it all at such a young age.

RR: What’s next for you?
BM: Next for me would be finishing off this tour and releasing some more music. I’ve got Perth Telethon coming up in just over a week so I’m really looking forward to that. I want to release an album so I’ll be starting work on that soon. I would love to have a tour of my own one day – that’s one of my next goals after wrapping the Dreamer Tour. I live and breathe music so I know regardless, I plan to keep making music and performing.

When I think of Haymarket I automatically think of Sydney’s Chinatown and Thaitown, where lots of Asian cuisine restaurants are at your doorstep and…