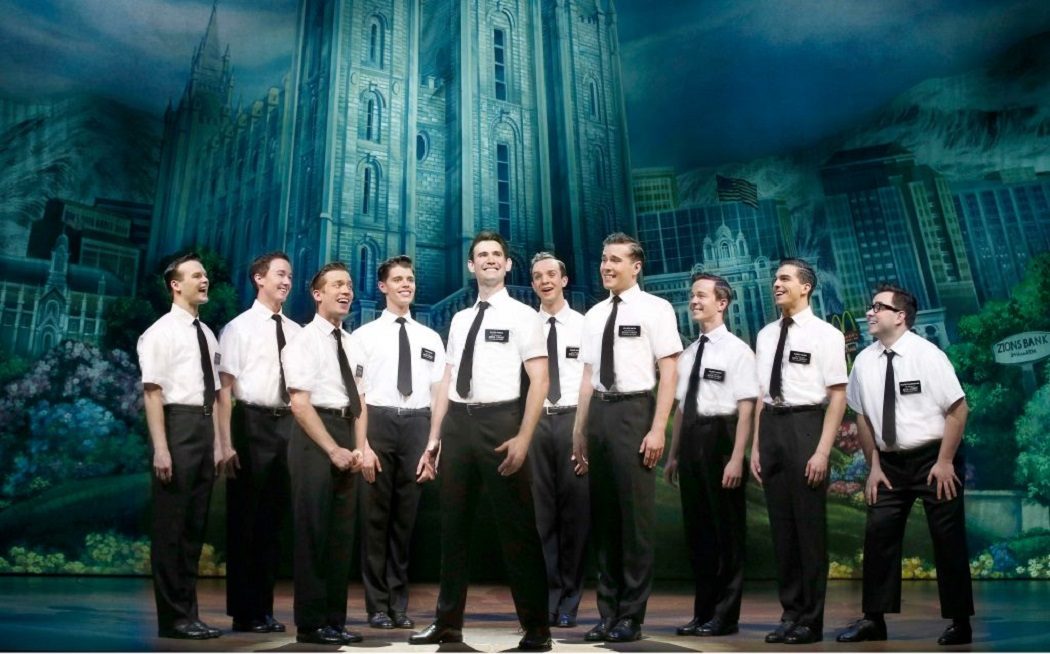 The Tony®, Olivier®, Grammy® and Helpmann® award-winning show will begin performances at the Sydney Lyric Theatre on 28 February 2018.

The ticket waitlist is now open at BookOfMormonMusical.com.au. Sign up to receive priority-booking information for your chance to see The Book of Mormon first in Sydney, before tickets go on sale on Tuesday 5 September.

The Australian production of The Book of Mormon has notched up over 250 performances since opening at Melbourne’s Princess Theatre on 17 January, with every performance sold out.

Since making its world premiere in March 2011 at New York’s Eugene O’Neill Theater, The Book of Mormon has played 335 consecutive weeks at more than 100% capacity on Broadway (standing room adds additional capacity),170 weeks at more than 100% capacity at theatres around the US, and sold out every single one of its 1,888 performances thus far in London’s West End.
The London production opened in February 2013, winning four Olivier Awards®, including Best New Musical. The Book of Mormon smashed box office records for the highest single day of sales in West End history. It has broken the house record at the Eugene O’Neill Theater more than 50 times and set 90 house records at 47 theatres around the US.

“The best musical of this century.”- Ben Brantley, The New York Times

The Book of Mormon is produced in Australia by Anne Garefino, Scott Rudin, Important Musicals and John Frost.

Where in Australia could you swim alongside a gentle whareshark or see humpback whales? There is such a place and Exmouth Dive & Whalesharks…