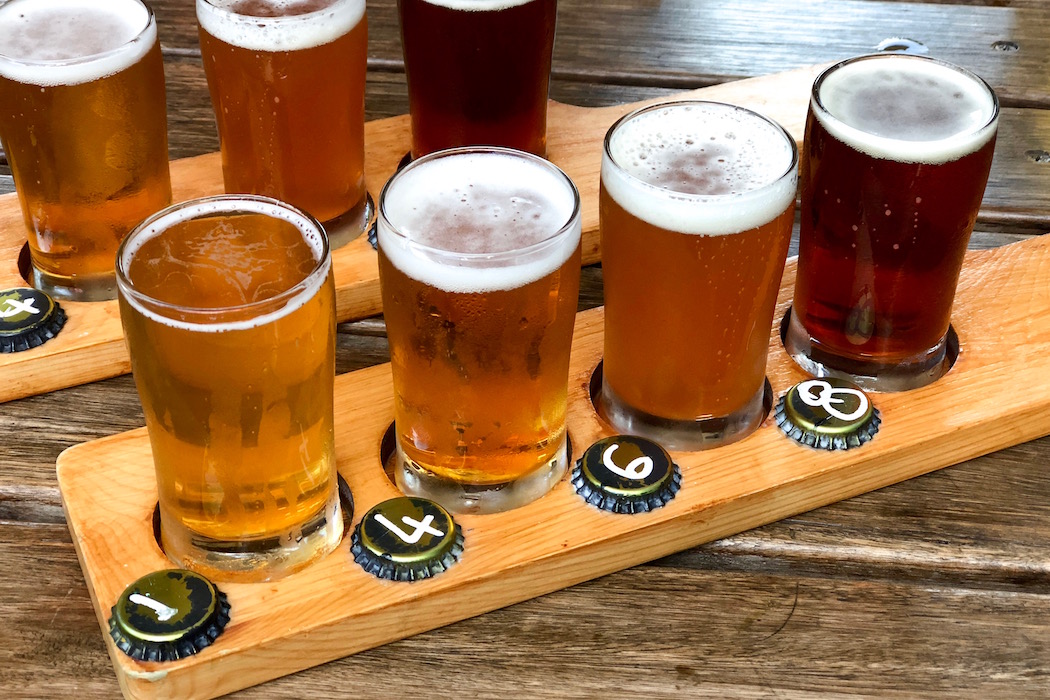 This October, The Rocks is celebrating the best of beer and we were lucky enough to experience an evening with The Endeavour Tap Rooms, a brewery, bar and restaurant as well as The Mercantile Hotel. It is certainly miles away from the college pub crawls and bands playing early nineties music, rather a sophisticated night of education, beer and paired food, three of our many passions.

Here we had a behind-the-scenes insight into the first ever location for Endeavour Vintage Beer Co.’s own brewery.  Endeavour is the home of Pilot brewing, home batch and their philosophy is that they are proud to be serving products that have been Australian grown. Not only are the beers Australian, but so are the wines and soft drinks. The owner, Ben is the Chairman of the independent brewers association and is proud that the Endeavour was recently nominated in the Australian Liquor Industry awards for best draught beer, best new bar,  best beer list, a top achievement, having only been here since 15 December.

They wanted to stay in keeping to the heritage of the area, named after Captain Cook’s ship and the first ship to bring beers to Australia.

Selling a range of beers on tap and a great variety of wines. The beer paddles are $15 for your choice of 4 beers and from 4-6pm happy hour is only $10 paddle! We tried the Harvest mid, growers fresh lager, the IPA and the ‘Something different’ (A German style with Australian ingredients) and this had a nice Smokey flavour. Paddles are the perfect way to sample the beers. Their beers are also vegan friendly.

They’re trying to take the beer experience beyond the keg and food truck, pairing the foods in-house with beers. We tried a smoked beef brisket slider which was beautifully tender and Smokey. They have five signature meats and no wonder this pub recently became the official beer of pork Australia. Vegan lovers not to worry they also have vegan and gluten-free food options too.

The Mercantile was the second pub we visited as part of the Rocks Best of beer experience. Here we met Nick, the GM of the merc who tells us that Sydney is the 3rd biggest Irish community after Ireland and many of the Irish love this pub. It provides a real atmosphere to meet up with friends, listen to live music and have a Guinness or two. This is what we did on our visit. As for the food, they trying to keep it fresh with seafood.

When I think of pairing oysters with a drink, my first thought is Champagne. That is no longer the case as we learnt, Guinness beer also pairs well with these amazing beauties.

Visit on Sunday October 22 for a Guinness and oyster festival. Live oyster shucking, Irish dancing and entertainment all day round. If you can’t make it, they have $7 Guinness all day, happy hour 5-7pm and live music from 7pm.

Around The Clock Foodie